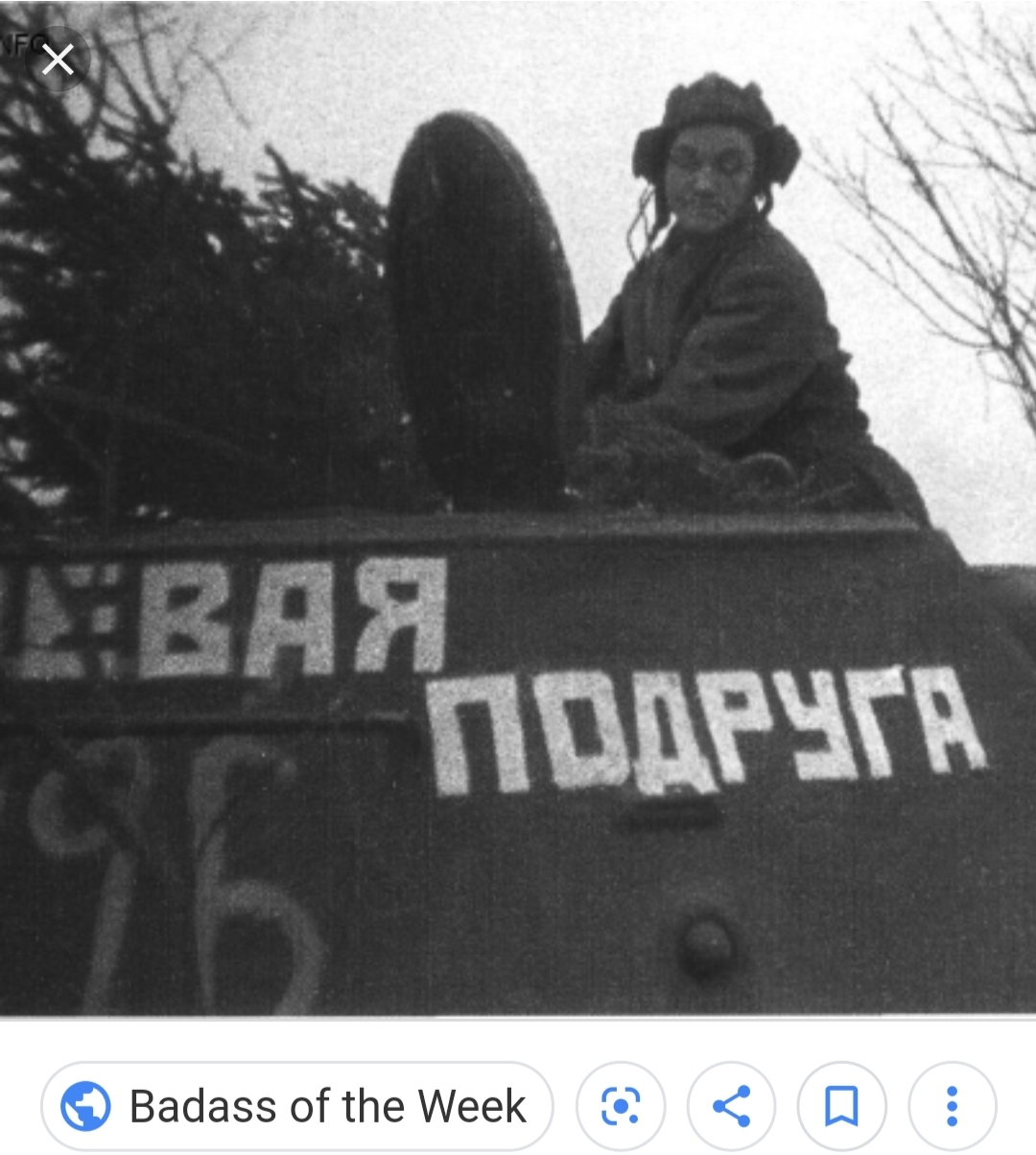 Mariya was the first female tank driver to be awarded the Hero of the Soviet Union accolade—the highest honor bestowed for bravery during combat.

She was a Sergeant in the Soviet Military and her tank was named Fighting Girlfriend.

Mariya’s husband was killed in action early on in the war—so she did the natural thing any widow would—sold all their belongings and used the funds to build a tank; writing to Stalin and requesting that she be allowed to pilot said tank to take “revenge on the Fascist Dogs for [my husband’s] death.”

In her first battle she killed thirty Germans and took out an anti-tank gun. When Fighting Girlfriend was immobilized in the fight she got out and repaired her while under heavy fire then got back in and killed more enemies.

Mariya was killed by a mortar round later on in the war after leaving the safety of her tank to repair her once again.