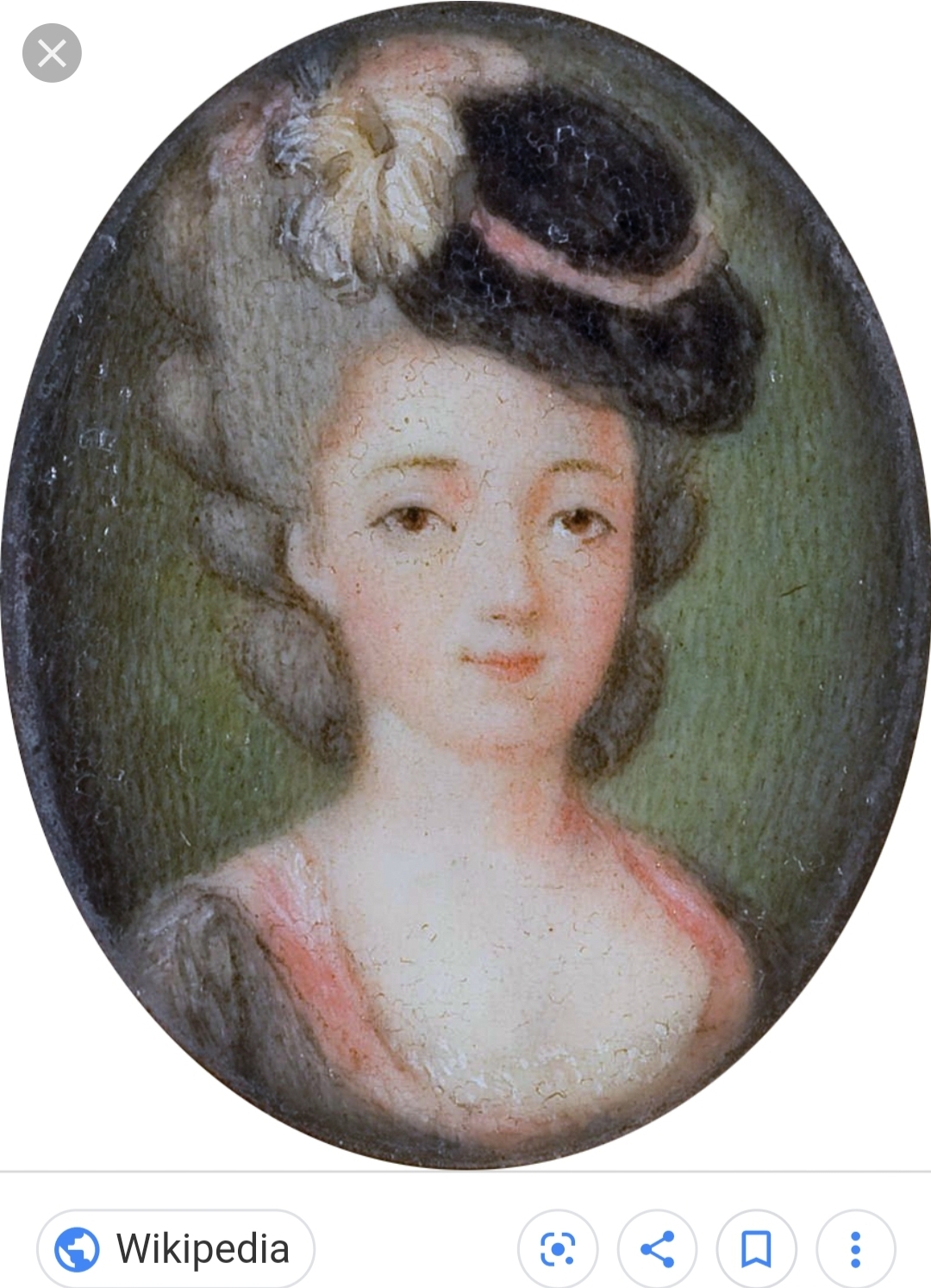 She was the Marquise de La Fayette.

Adrienne and Gilbert married when she was fourteen and he was sixteen.

Together they purchased two South American plantations for the express purpose of freeing the slaves working them. They then distributed the land amongst the newly freed slaves.

Gilbert left the entire experiment up to Adrienne and she excelled at projects like that. Adrienne made sure the former slaves were educated in reading, writing, arithmetic, and religion.

In 1792 she was arrested during the French Revolution because she was a member of the aristocracy.

In 1794, Adrienne was given the death penalty—her grandmother, mother, sister, and several other relatives died on the guillotine. Adrienne’s execution was delayed on the grounds that she was married to La Fayette and—as Gouverneur Morris (the American minister plenipotentiary to France) pointed out—it would probably piss off the Americans.

Adrienne was released from French prison in 1795 and traveled to Austria with her and Gilbert’s daughters—staying in prison with her husband who was being held there as a Revolutionary. Their sixteen-year-old son George Washington (Yes really that was his name) was sent to America to keep him safe.

After returning to France she arranged the purchase of the mass burial ground where the victims of the guillotine were buried and founded her own cemetery there.

Adrienne died soon after and for the rest of his life Gilbert slept with her miniature under his pillow and needed fifteen minutes alone with it every morning.

In 2009, the Daughters of the American Revolution placed a memorial plaque over Adrienne’s grave to commemorate the 250th Anniversary of her birth.