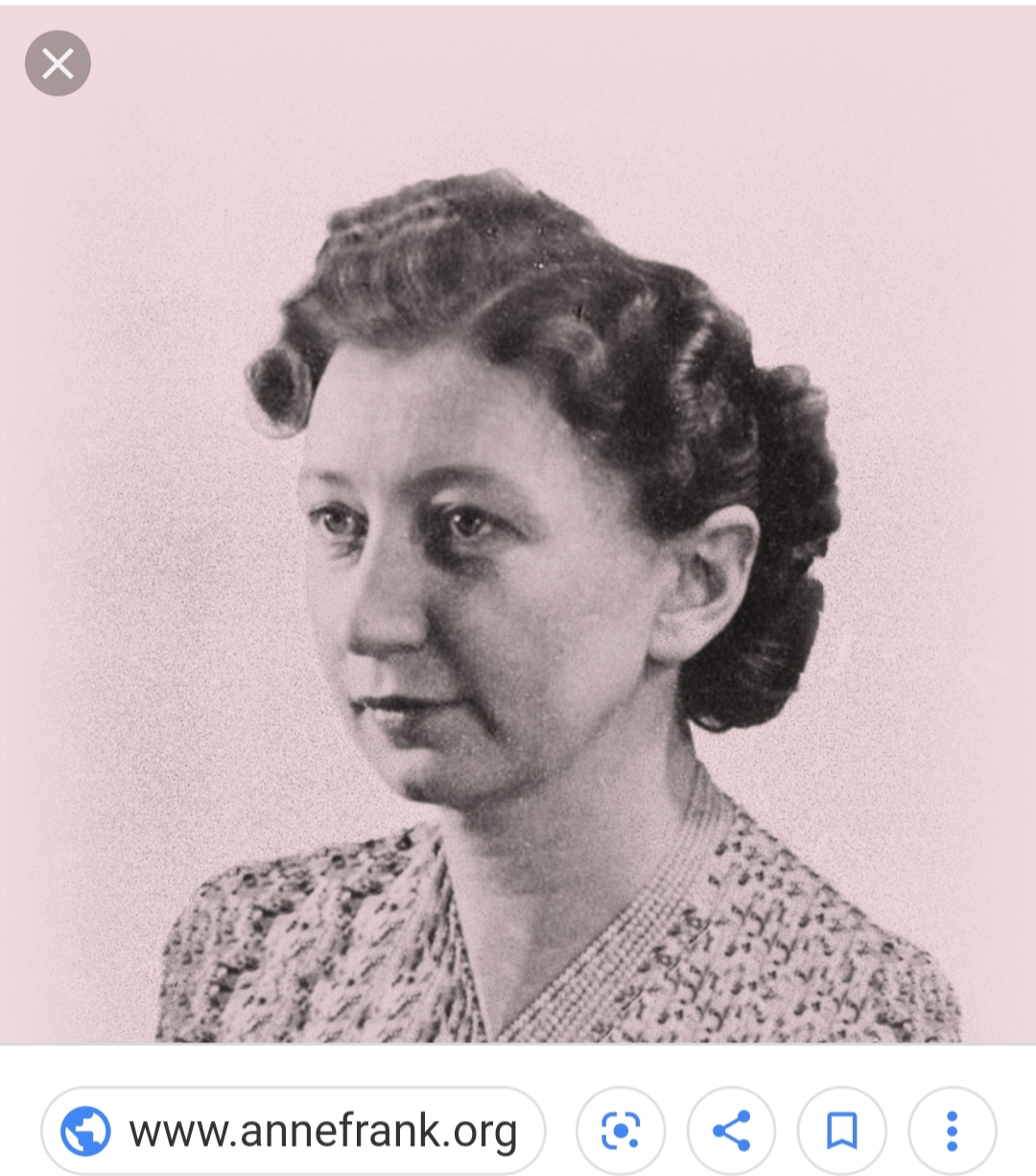 Without Her, We Likely Would Have Never Read the Words Written Down in the World's Most Famous Diary.

Miep was one of the few who helped the Frank Family and the others hidden away in the Secret Annex during World War II.

After their arrest Miep saved Anne’s diary and preserved it till the end of the war when she gave it back to Otto (Anne's Father and the only survivor of the Frank Family).

Miep was born to an impoverished Catholic Family who sent her to the Netherlands when she was eleven after World War I for a better life. She fell in love with her foster family and decided to stay in the Netherlands rather than returning home to Austria.

At the age of eighteen she started working as a typist in an embroidery shop. After being fired six years later she became the customer service representative for Otto Frank’s jam-making business. Miep was responsible for providing the meat and vegetables to those in the Annex and she would give them library books to read as well.

After 1943 she also started hiding a twenty-three-year-old student in her home after he refused to sign the oath of loyalty to the Nazis. Miep tried to save those arrested from the Secret Annex but failed.

Otto Frank would live with her and her husband for seven years after the wars’ end.

Miep would publish her own memoir with the help of Alison Leslie Gold who was a friend of Anne’s and a famous author in her own right.

The Diary of a Young Girl by Anne Frank