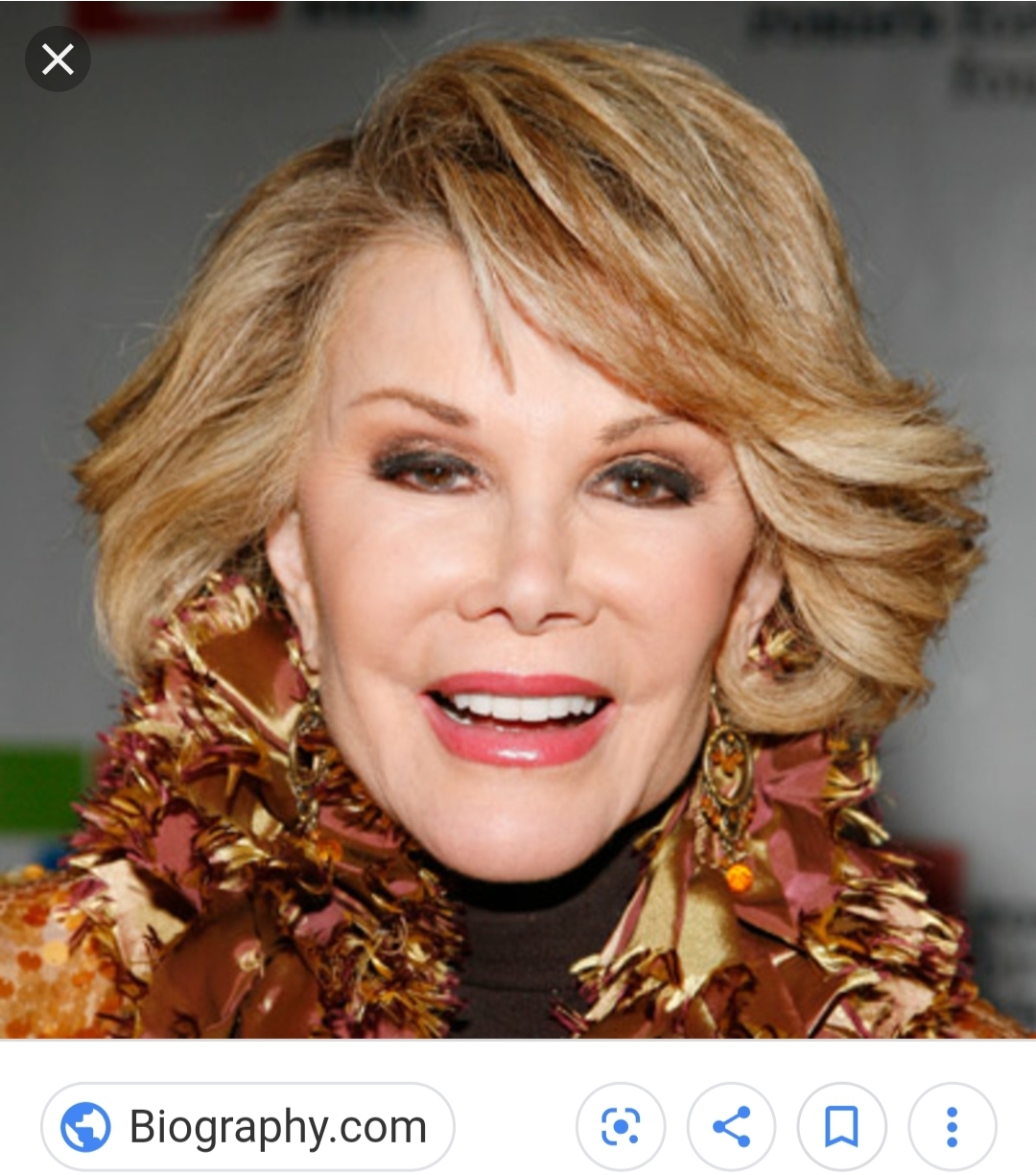 Joan is remembered for her sharp humor and quick wit.

In her career, she is most remembered for hosting Fashion Police, a talk show that critiqued Hollywood’s choice of clothing.

Joan received a Bachelor of Arts degree in English Literature and Anthropology in 1954.

She started her career on television as a frequent guest on the Tonight Show in the 1960’s.

She also had her own talk show on Fox that ran as a direct competitor to Johnny Carson’s Tonight Show—leading Carson to never speak to Joan again even though her show was canceled after one season.

Joan’s daughter Melissa continues Joan’s legacy, and is a star in her own right.