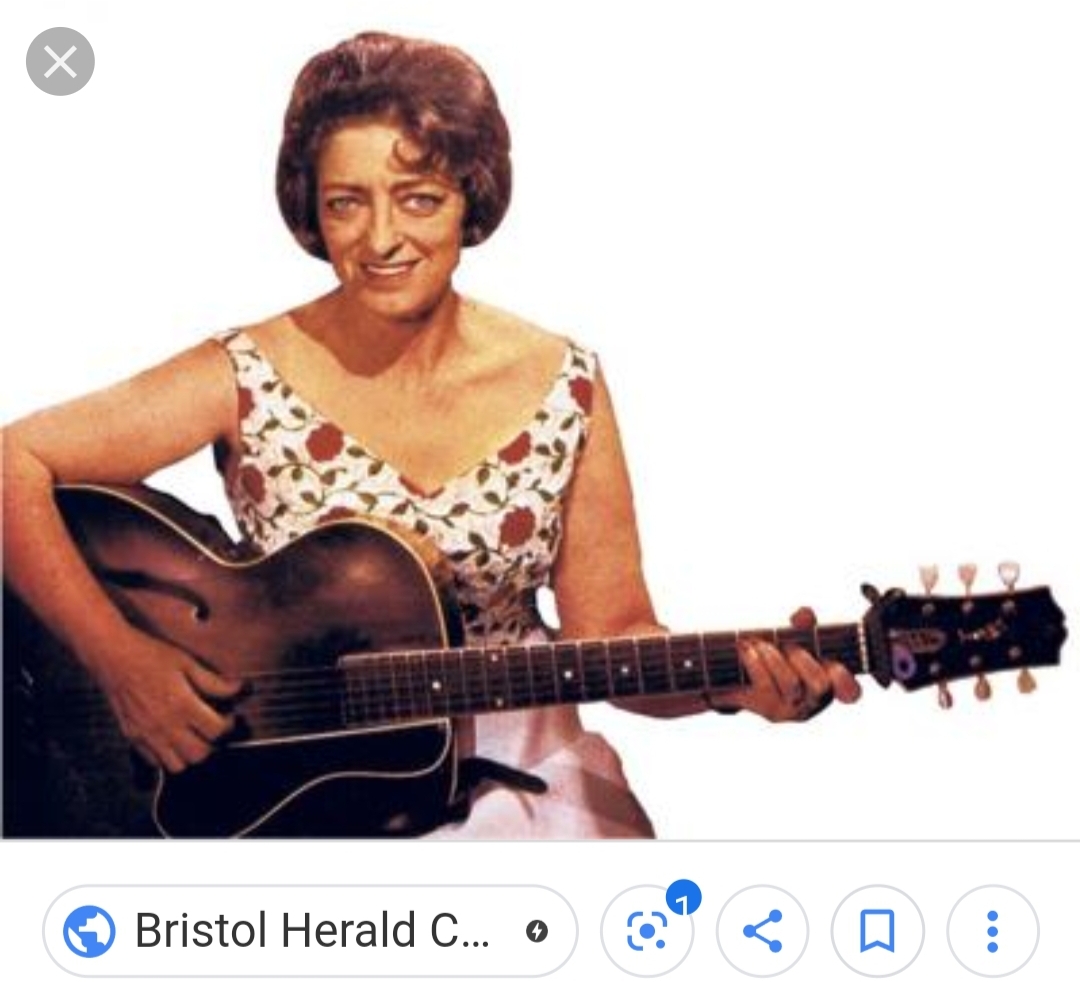 Known as Mother Maybelle, She is Called the Mother of Country Music

Maybelle performed in several groups, all containing members of her family. At first Maybelle performed with her cousin Sara and Sara’s husband in what was called the Carter Family. After Sara’s husband left, Maybelle introduced her daughters to the group, but when Sara also moved away the Carter Family broke apart. However, that didn’t stop Maybelle for long, and soon after Maybelle was performing under the name Mother Maybelle and the Carter Sisters, alongside her daughters Helen, Valerie June (known better later on as June Carter Cash), and Anita. Chet Atkins, a famous guitarist, was added to the group in 1949.

Mother Maybelle and her family began performing at the Grand Ole Opry in 1950 and she herself remained with the Opry until 1967.

During the 1960’s, Mother Maybelle and her daughters returned to the original name of the Carter Family and began touring with Johnny Cash. Between 1960 and 1973 she recorded six solo albums.

Maybelle was skilled at both the guitar and autoharp (which she switched to after arthritis stopped her from playing guitar) and is remembered for her distinctive style playing the guitar—she picked the melody on the bass strings and strummed the rhythm on the treble strings. Because of her influence, the guitar shifted from a percussive instrument to be a mainstay throughout country music history.

The group was inducted into the Country Music Hall of Fame in 1970.

When I visited Ellis Island National Monument in 2016, they had an exhibit on the music of immigrants coming to the United States and American music in general and the Carter Family was included in the exhibit, because let’s face it, is there anything more “traditionally” American than good old folksy country music?

One of the songs the Carter Family were most known for performing was Keep on the Sunny Side. I’ve included a link to them performing it to the left.