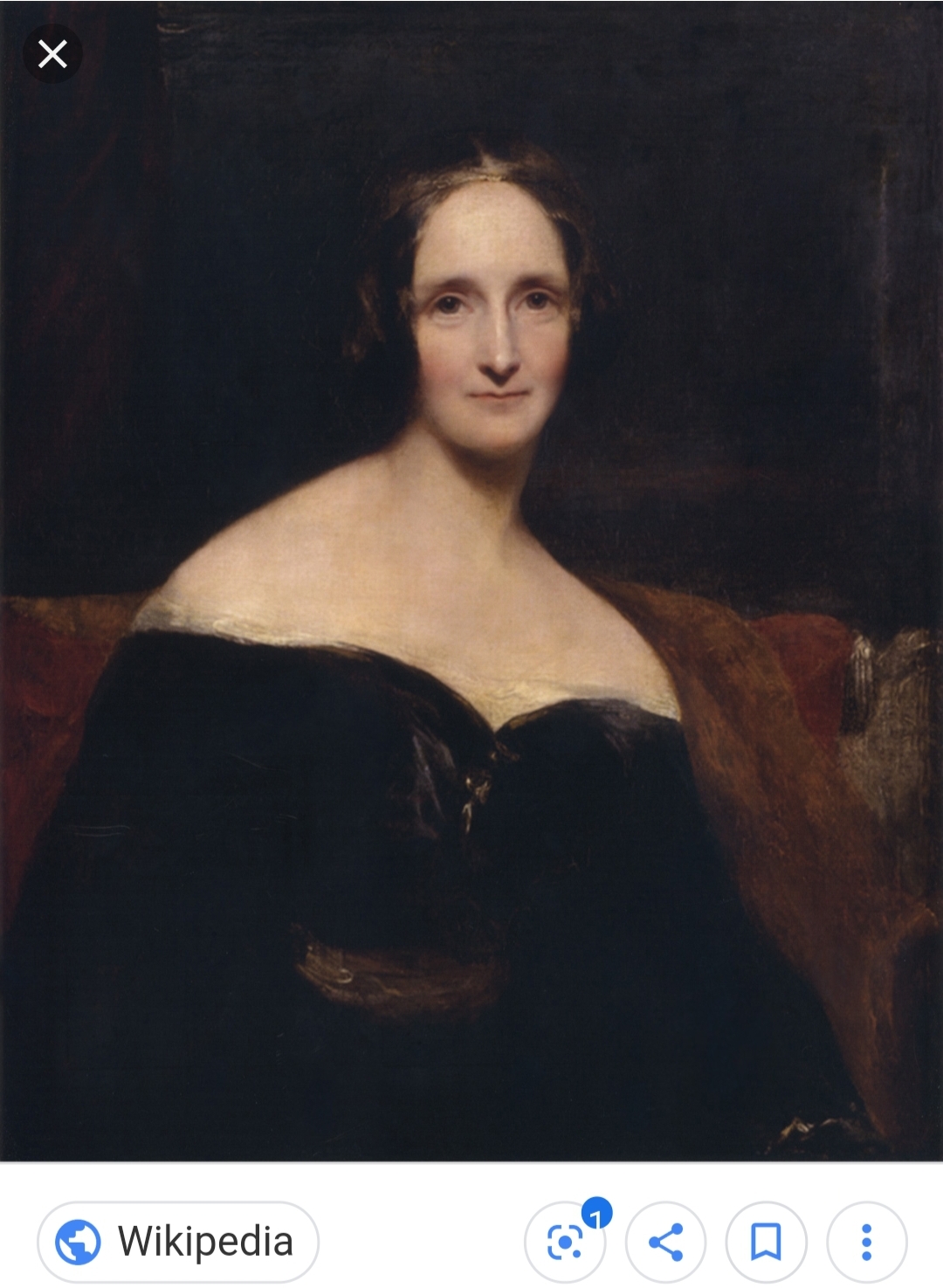 "A tale to make the reader dread to look around, to curdle the blood and quicken the beatings of the heart."

Author of the Novel Frankenstein: Or the Modern Prometheus

When not recognized for that she is remembered for being the daughter of Mary Wollstonecraft Godwin and the wife of Percy Shelley.

Her mother died twenty-one days after Mary was born from complications of the birth.

Mary published her first work at the age of eleven.

She and Percy “married” before his divorce from his first wife had officially gone through. Their first child—a daughter—was born prematurely and died after a few days. Mary next had a son.

Her half-sister and then her husband’s first wife both committed suicide in quick succession; while these events were both incredibly sad, the death of Percy’s first wife also allowed for Mary and Percy to legally be able to wed (and legitimize their children).

Mary then gave birth to another girl, but she died around a year old and then a few months later her son died as well. Her fourth and final child was born soon after, another son. Mary then suffered a miscarriage and a few weeks later her husband drowned.

Mary carried her husband’s heart around in a box for the rest of her life.

2017 saw the release of a Hollywood Biopic Entitled Mary Shelley, I’ve included the trailer to the left.