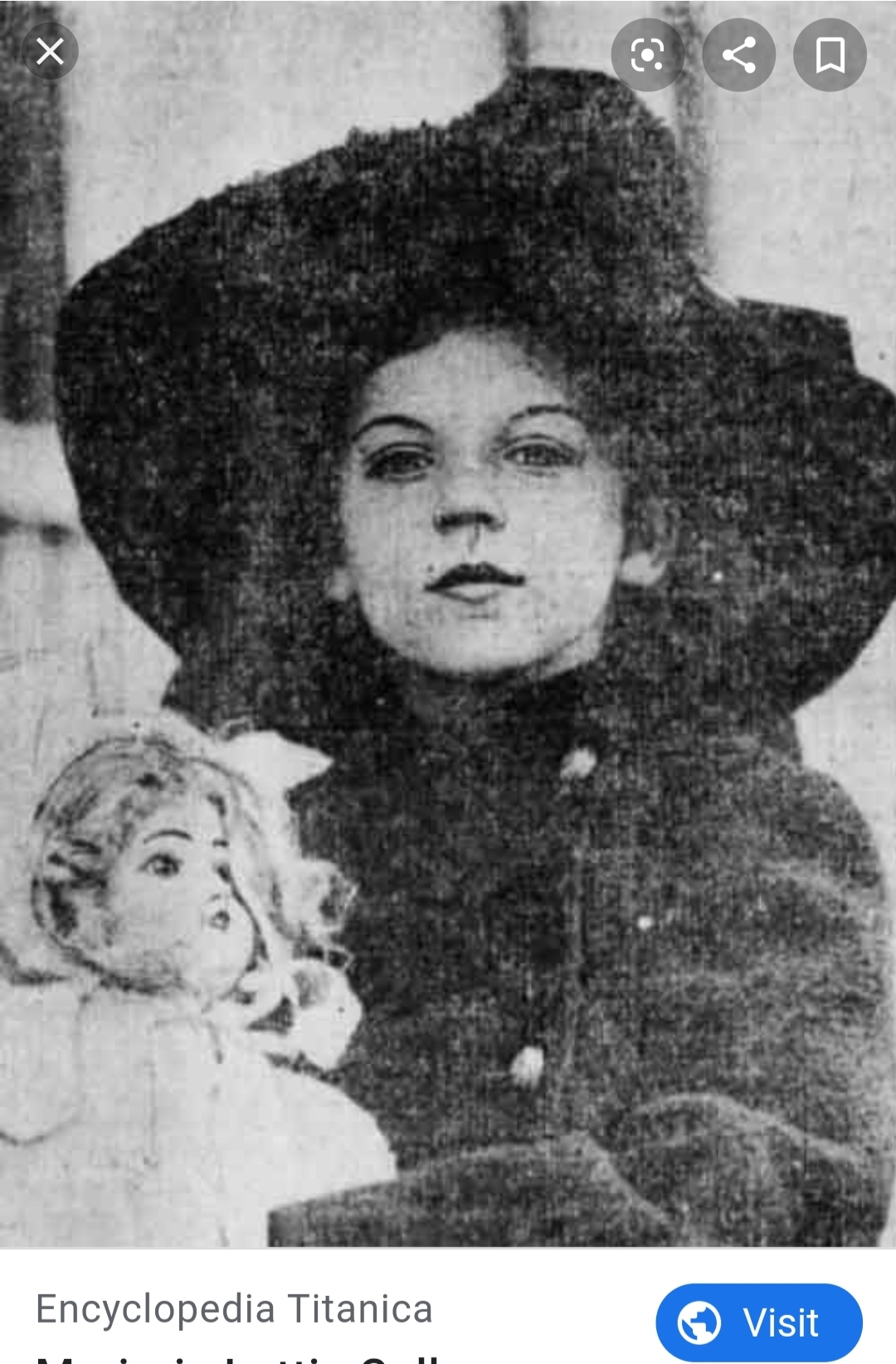 Survived the Sinking of the RMS Titanic

Marjorie and her parents were second-class passengers and she was eight years old at the time.

Her father perished in the sinking and so she and her mother returned to England soon after.

By 1919, both Marjorie’s mother and now stepfather had died leaving her orphaned and in the care of an uncle where she remained until marriage.

There is rumor she and her husband had a child who died early on, but no record of the child exists.

Marjorie was widowed in 1943 and never remarried.

In the 1950’s she worked with Walter Lord via letter correspondence for his A Night To Remember.

Marjorie spent the last years of her life in a nursing home before passing away from a stroke.