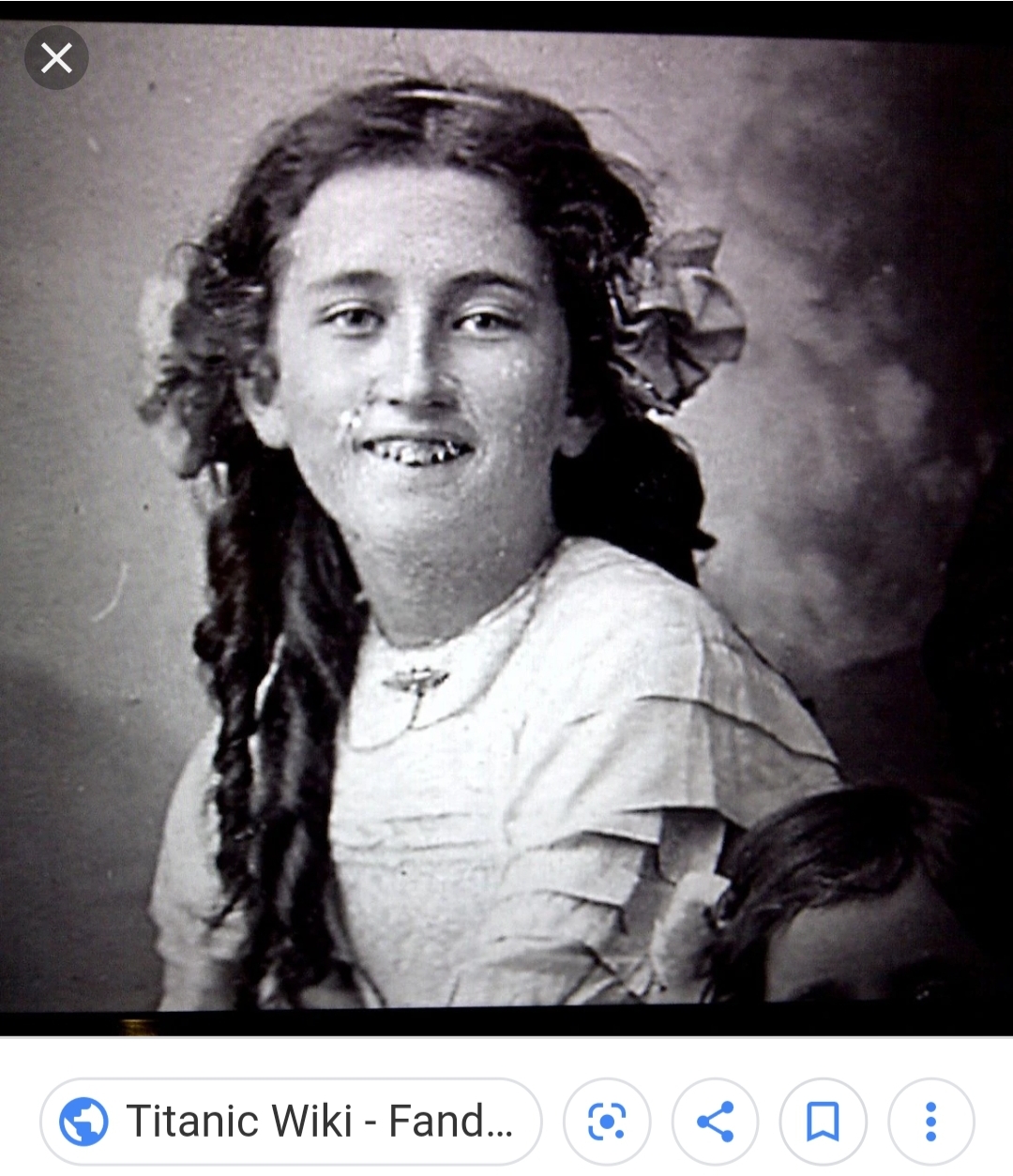 Robertha traveled alongside her mother in second-class (her father had crossed over to the United States in 1911).

Robertha was reportedly friends with Marjorie Collyer, a fellow survivor, while on board.

In 1917, she wrote a vivid account of her memory of that night for her school newspaper.

In 1923, Robertha married a Canadian dentist. They had four children and she became a Canadian citizen.

Bertha, as she was called, was an avid sailor and a member of her community yacht club.

She lost her husband, daughter, and grandson in a period of only a few short years.

Robertha appeared at one Titanic historical function and granted occasional interviews but mostly shunned the publicity.