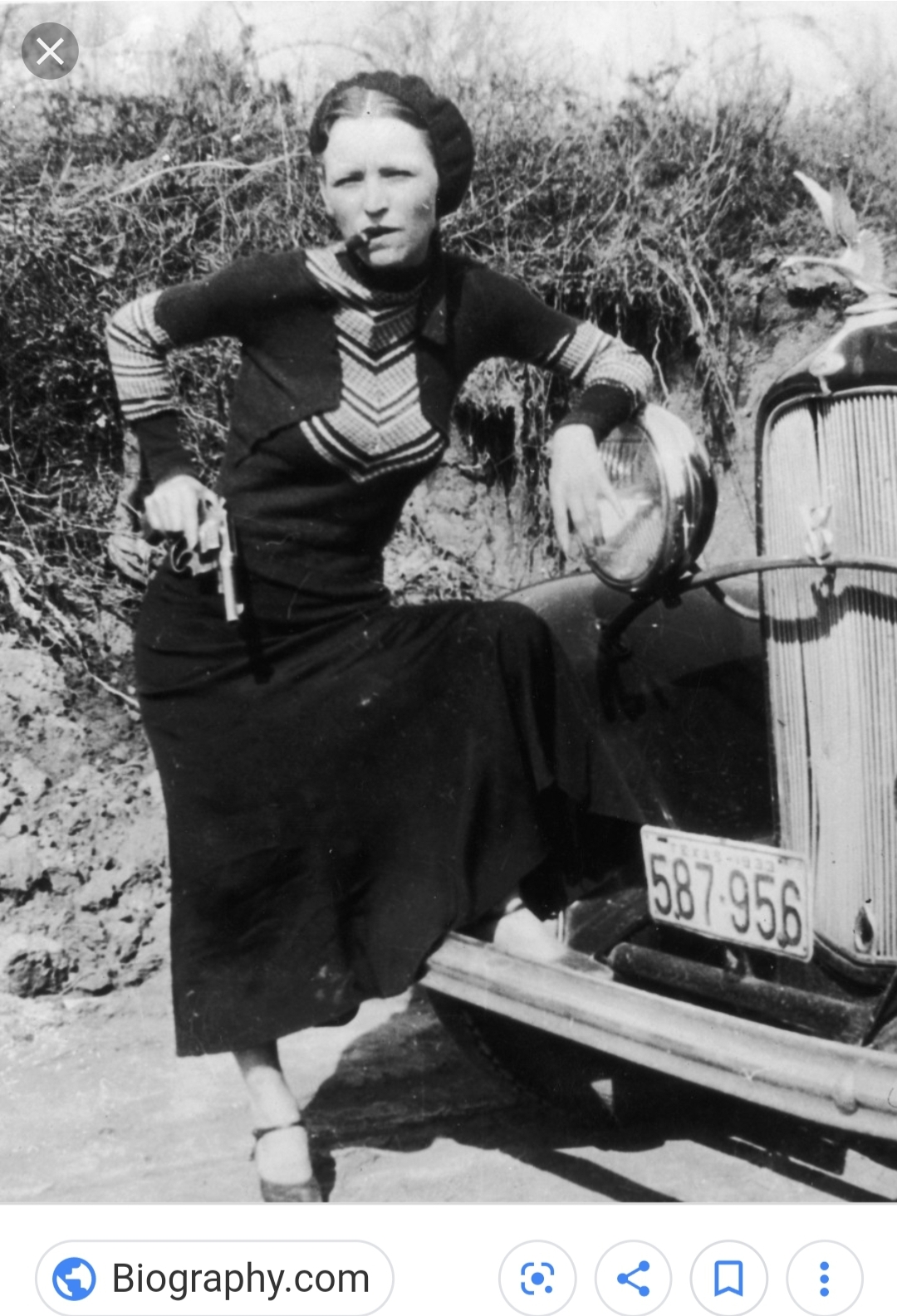 American Outlaw Better Known With Her Boyfriend as Bonnie and Clyde

She, Clyde, and several other accomplices spent months traveling around Texas and other Southern states robbing and shooting places up, killing several people in the process.

They were referred to in the press at the time as the Barrow Gang.

The famous image of Bonnie with gun on her hip and cigar in her mouth was actually seized when Joplin, Missouri police raided the apartment the Barrow Gang had been hiding in.

After several months of pillaging and becoming folk figures, the people of Texas got fed up with it all and former Texas Ranger Frank Hamer was hired to do away with them.

Bonnie was twenty-three and Clyde twenty-four when Hamer and several others gunned them down as they drove along a rode in Louisiana.

Its estimated ten thousand turned out for Clyde’s funeral and twenty thousand for Bonnie’s, and yes, it is true that their bullet ridden car with bodies still inside was parked in the middle of town for a time, so the public was able to see the damage front and center.

In 2019 Netflix released The Highwaymen—the story of Frank Hamer (played by Kevin Costner) and Maney Gault (played by Woody Harrelson) and their manhunt for Bonnie and Clyde. The trailer is linked to the left.