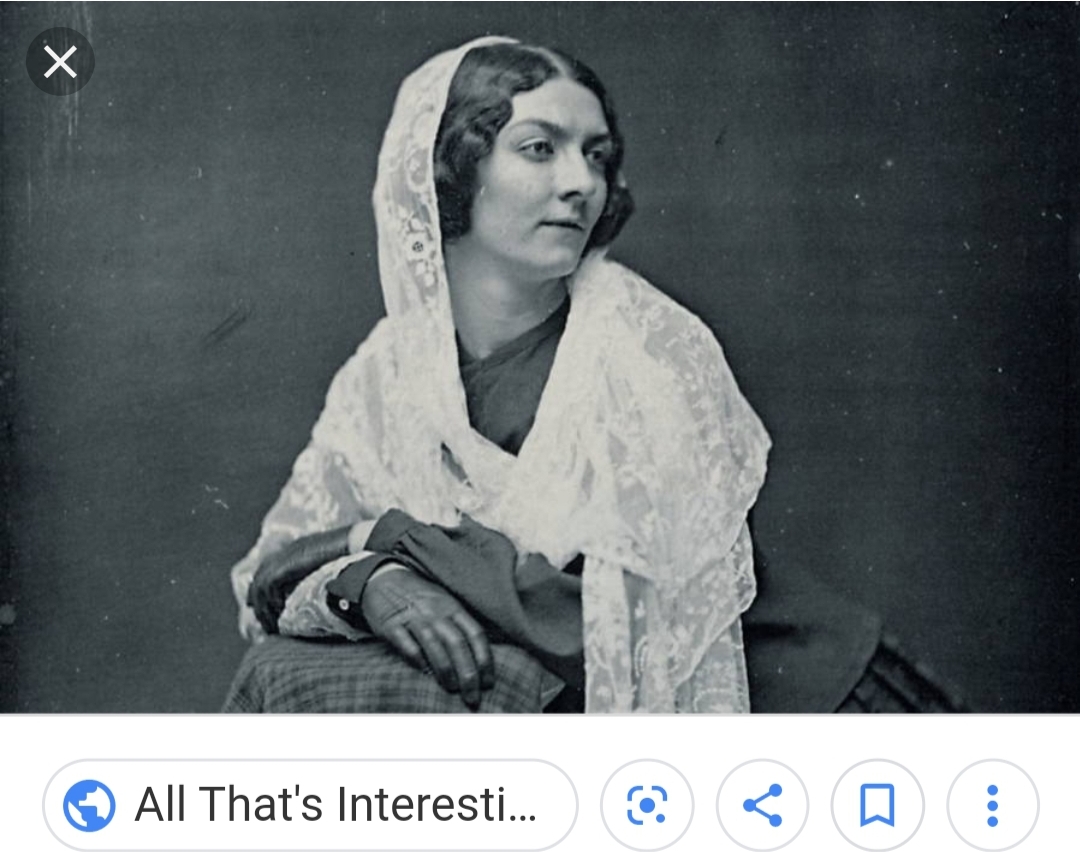 She pretended to be Spanish so she would be a more “exotic” dancer (she was from Ireland).

Lola is most known for her liaison with Ludwig I the King of Bavaria.

When she was nineteen, she eloped but left that husband five years later after launching her dancing career. It was while she was performing onstage that she ensnared the king’s attention.

Lola quickly became Baroness Rosenthal and Countess of Lansfield—with the king offering her a castle. He brought her in as his mistress (you can imagine how his wife felt about this) and was so infatuated with her his people got a little miffed and he lost his crown in 1848.

In 1849 she married again despite the fact she’d never been divorced from the first husband.

Lola married and got divorced for a third time after moving to California.

She then went to New York and taught classes for a while before returning to California and keeping a bear as a pet.

She passed away from a stroke.

Lola's story is featured on an episode of Monumental Mysteries entitled "The King and the Spanish Dancer, A Communist Comes to America, Filth Party."

The band Volbeat released a song entitled “Lola Montez” and the lyrics are all about a girl tricking various men into falling in love with her, so someone did their research! I’ve linked the song to the left.