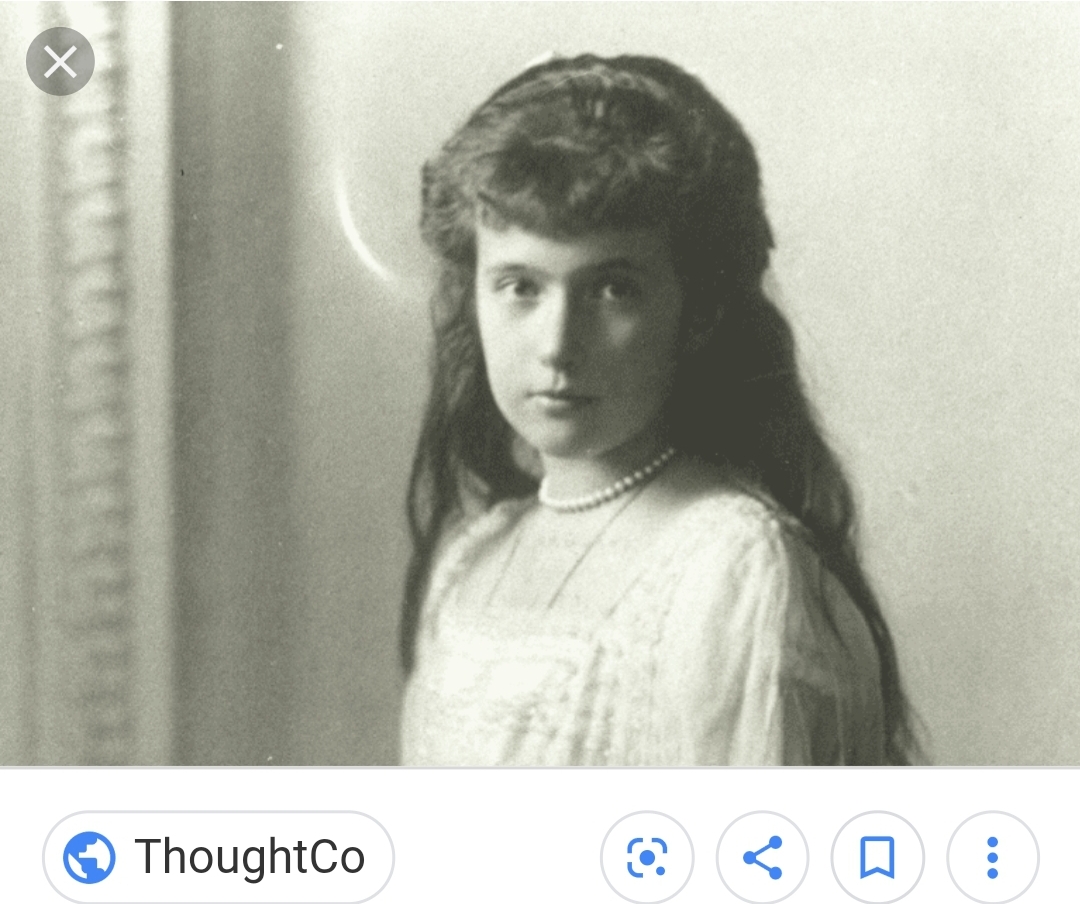 Russian Grand Duchess and The Most Famous Child in Her Family

In 1916, the entire imperial family became political prisoners to the new Bolshevik Regime after Nicholas II (Anastasia's father and the Tsar) abdicated the throne amid political and social upheaval and turmoil. In July of 1918, the Bolsheviks determined it was too dangerous to let the family live and ordered the executions of them all.

The four sisters, Alexei, their parents, and several servants were all shot and bayoneted to death in the basement of the house they were staying in.

Anastasia has clung to fame more so than her other family members because after their deaths several women claimed to be her—somehow surviving the terrible night in the basement and wanting to live like a royal. A children’s animated film was also created which is loosely based on her story, but the fact that Rasputin is the villain shoes just how inaccurate the film truly is.

Anastasia and most of her family’s bodies were uncovered in 1976 but were kept secret until the collapse of the Soviet Union when it was safe for them to be brought forward. Genetic testing concluded the bodies were the royal family and that Anastasia had in fact died with the rest of her family.

The false story of her survival lives on in both a play, live action film, and an animated children’s film, she had three older sisters and one younger brother.

Anastasia’s Actual Title in Russian was Velikaya Knyazhna—a more accurate English Translation would be The Grand Princess. Her title also made her an Imperial Princess, which made her higher ranking than all other European Princesses who were “only” Royal Highnesses.