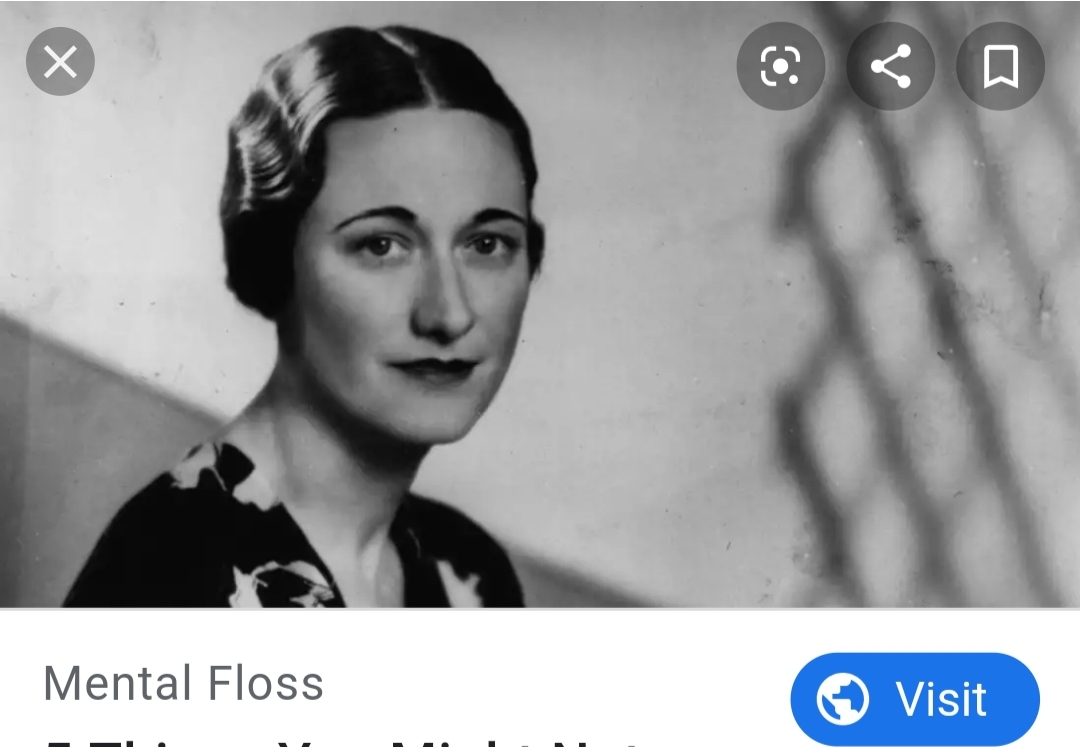 American Socialite and Twice Divorcee who Nearly Toppled a Monarchy

Wallis met the prince of Wales while still married to her second husband.

They were friends first then lovers—and she sued for divorce from her second husband in 1936 with the hopes of marrying Edward. However, her status as twice divorced and American made her socially unacceptable to be the wife of the future king.

Edward renounced the throne after being told he would never be able to marry Wallis. After he was no longer the king, he did just that—a year later once Wallis’s divorce from her second husband came through.

They moved to Europe following the abdication.

For most of World War II they remained in the Bahamas as Edward had been named Governor of the islands by his brother George.

However, it is important to note that Wallis introduced Edward to Nazi Germany, and they visited Hitler in his Wolf’s Lair. Papers have also been uncovered indicating Edward planned on ruling as a puppet king of England once the Third Reich conquered the island nation.

After the war they lived in style—traveling and partying.

Edward died in 1972 and Wallis lived in increasing isolation in their Paris home until her own death fourteen years later.

Sex With Kings by Eleanor Harmon

That Woman by Anne Sebba

Time Magazine's 100 Women of the Year (Wallis appears in the 1936 article, "Wallis Simpson")