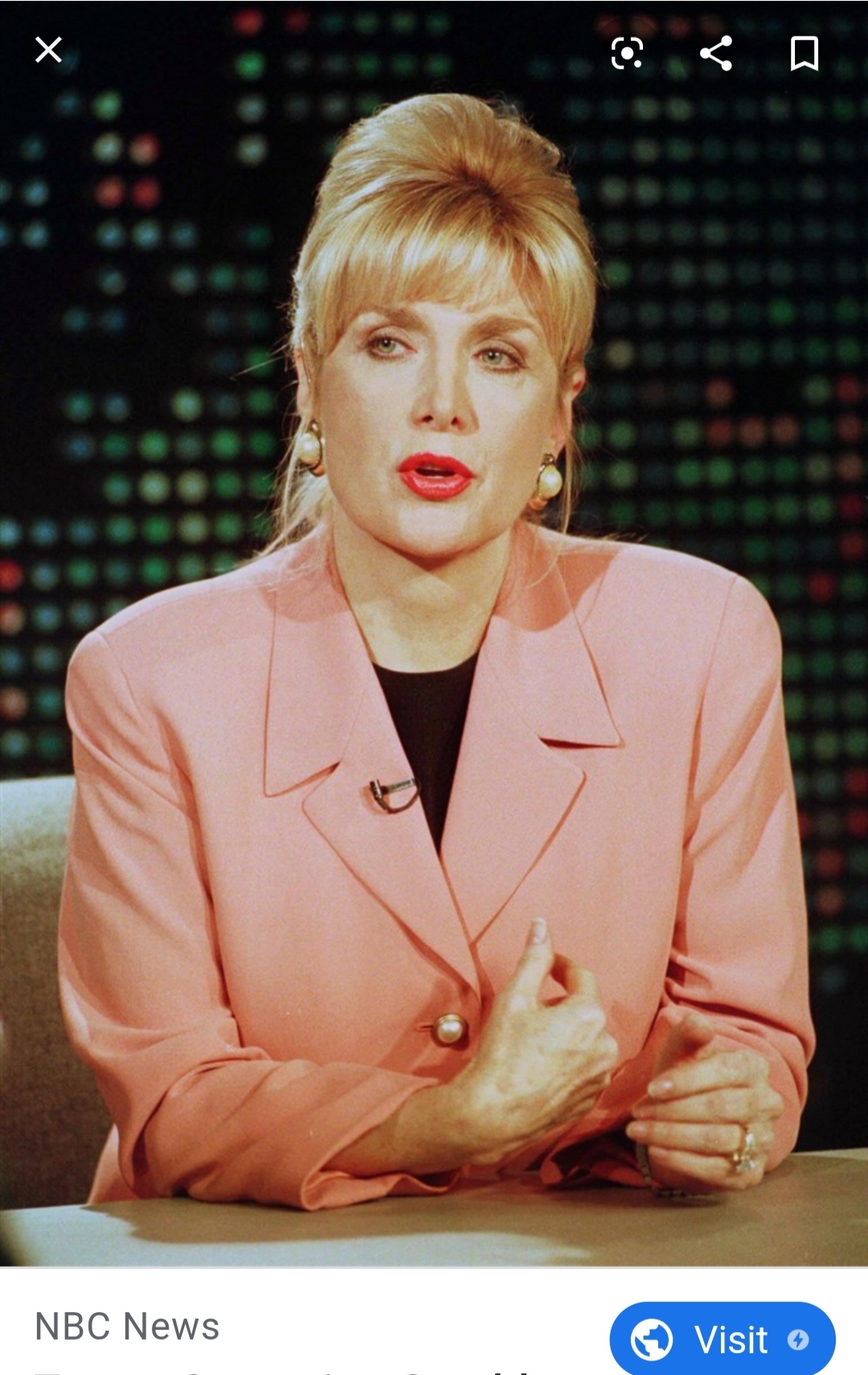 Clinton later admitted to the affair when under oath.

Gennifer claimed the affair had lasted twelve years and produced tapes of phone conversations between the two of them to prove it. According to the book Sex With Presidents, Gennifer's neighbor had video evidence showing President Clinton entering her apartment with his own key. However, after the neighbor came forward, his own apartment was broken into and he was beaten half to death. When he woke up, the video tapes were gone.

In 1999 and 2000 Gennifer sued several people in the media for defamation—including Hillary Clinton.

Even though Flowers supported Hillary Clinton’s run for president in 2007 she changed her mind in 2016 and came out in support of Donald Trump instead.

Gennifer is also a singer.