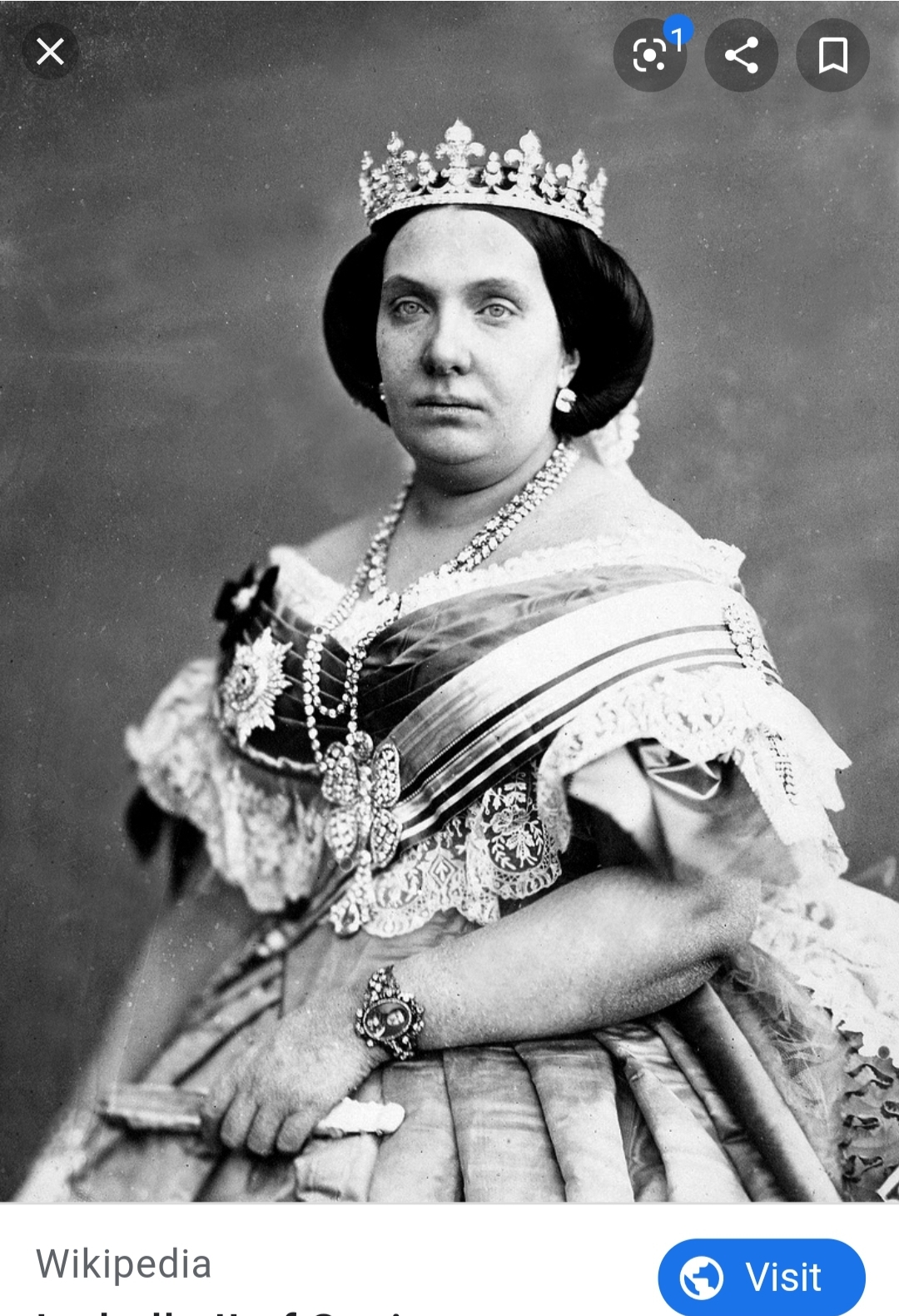 For the first ten years of her reign the country was ruled by her mother and a military leader as regents however in 1843 the military man was deposed, and Isabella was declared of age and able to rule in her own right.

She would rule in her own right from 1843 to 1868 and her reign was marked by frequent uprisings and political upheaval.

Isabella’s government was mostly military politicians—which didn’t help things either. During her years as queen she had sixty different governments organized. There was also frequent opposition from more liberal minded thinkers to her authoritarian regime.

Isabella was also unpopular because she chose not to live with her husband (though they would have six children "together"--which means Isabella had six children and Francisco claimed them as his own; but were they really? Eh...).

One cannot entirely blame Isabella for not wanting to live with Don Francisco. For one thing, she was forced to marry him when she was sixteen and he was twenty-four. Also he was her cousin; and if not gay, then definitely what would be considered metrosexual and or/effeminate in today's terms. Isabella told her ministers before the wedding she would be happy to marry Francisco...if he were a man. As the years passed and Isabella had various children with various men, she and her husband obviously did not grow any closer.

In 1868 a successful revolution drove her and Francisco to exile in Paris, and she abdicated in favor of her oldest son in 1870. One of the main reasons for the uprising? Evidently nineteenth century Spain was not so happy that their queen was not the epitome of a perfect wife.

Living in Paris, though in separate homes, Isabella and Francisco would come together on each other's birthdays to enjoy a cup of coffee--and yell at each other over the past.

Now separated, Isabella continued to find new boyfriends, and Francisco continued to collect poodles named after these boyfriends. When it finally came time for Francisco to die at the age of eighty, he reportedly demanded Isabella be kept away, so he could die in peace.