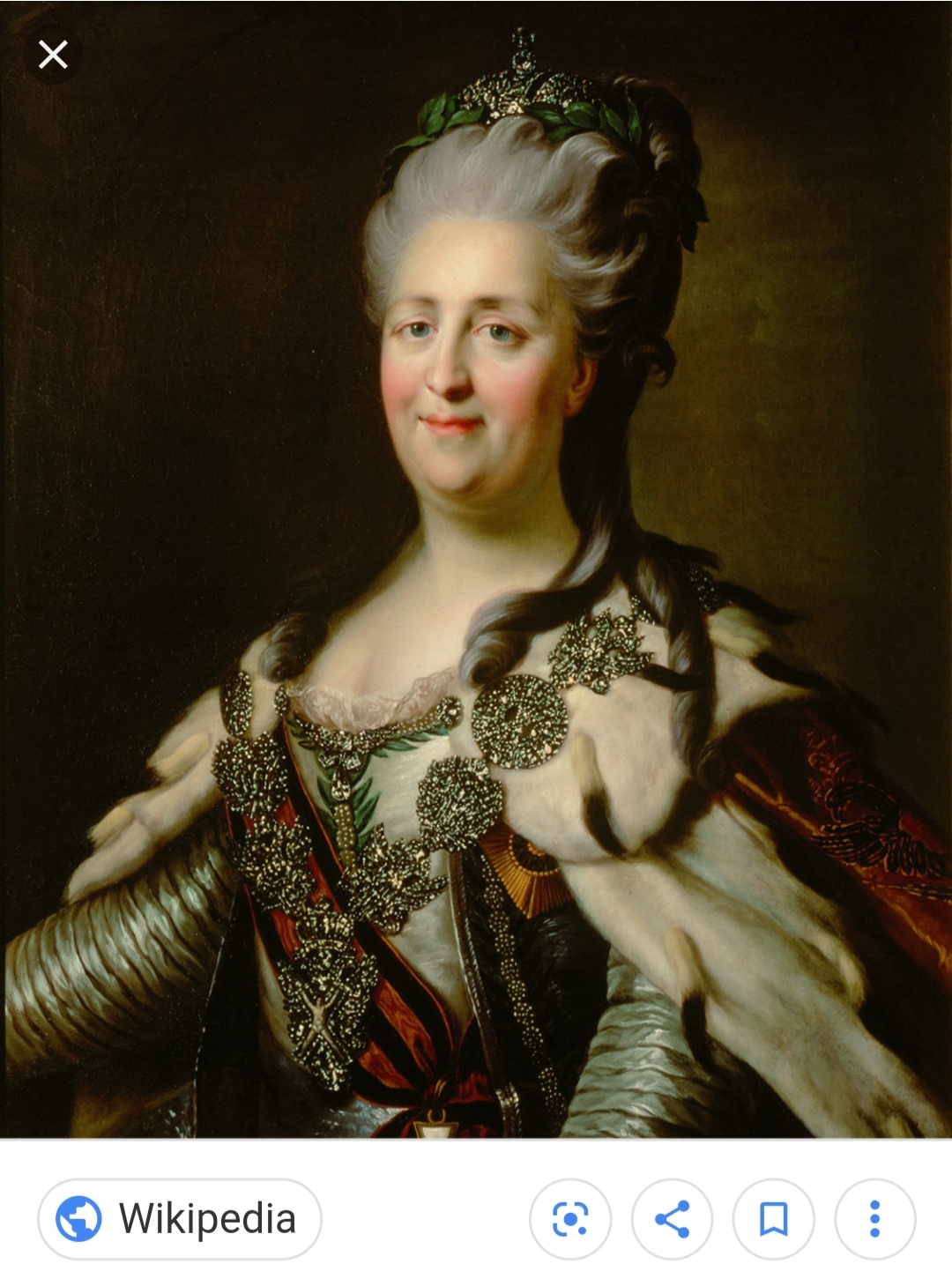 " I shall be an autocrat: that's my trade. And the good Lord will forgive me: that's His."

She was an ethnically German born princess but was chosen to marry the heir of Russia—who happened to be the grandson of Peter the Great—their eighteen years of marriage were nothing but disappointment and embarrassment for Catherine.

She became Empress and held the reins of power because her husband was completely incompetent in practically every way.

During her husband’s life she had three confirmed lovers (and its possible none of her three children were fathered by her husband). As soon as her husband took the throne, he made it abundantly clear how much he hated Russia—the country he was literally emperor of—and how much he loved Germany (where his family was from). He was only emperor for six months before Catherine rallied the armies against him and he abdicated and was assassinated eight days later.

She would remain empress for thirty-two years.

Catherine’s reign was successful in replenishing the national treasury and in taking new lands (she annexed Crimea into Russia) but also had hardships including the largest uprising seen in Russia before the 1917 Revolution. Because of her attitude towards serfdom ninety-five percent of the people living in Russia were either unaffected or negatively affected by her reign in terms of autonomy and personal property.

She had many lovers over her lifetime (over a dozen) but never a horse—that was just a vicious rumor.

In 2020, the streaming service Hulu released a new historical drama that is almost entirely fictional, but still hilarious and great at capturing the soul of its main characters. The Great arrived to great fanfare on the platform in the midst of the Coronavirus pandemic, and might I just add...Huzzah!