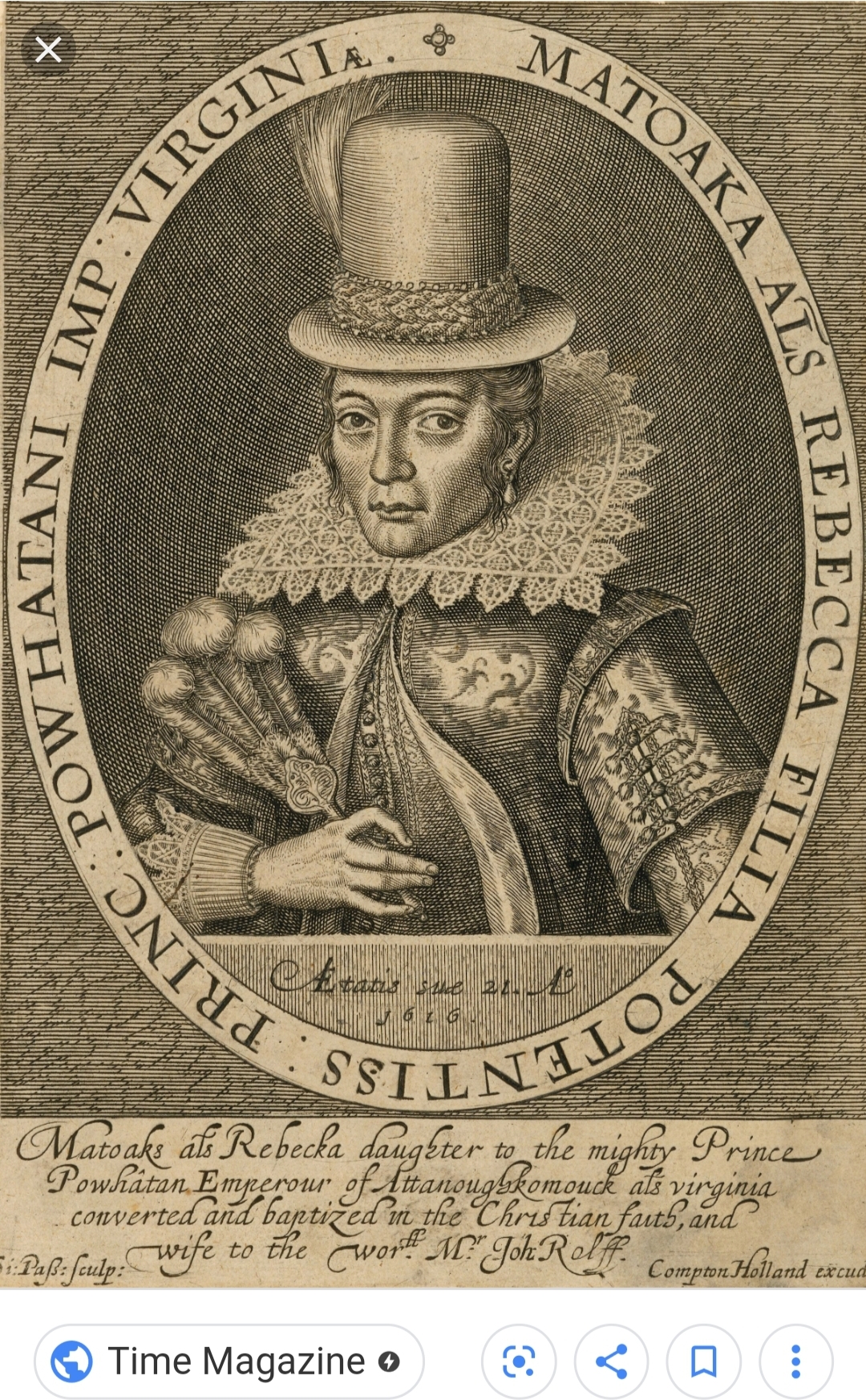 She Couldn't Actually Paint With All the Colors of the Wind

Pocahontas was the daughter of Chief Powhatan of the tribe of the same name.

She was nicknamed Pocahontas because of her personality—Pocahontas means Playful One or Ill-Behaved Child (Depending on Who You Ask).

Once the first English Colonists arrived in her area, she quickly became an emissary between the two peoples and was well known by the colonists.

Soon after she saved John Smith’s life (possibly for the second time) by warning him her father planned to execute him (but it’s not what you’re thinking. Supposedly Smith was planning on burning Powhatan villages in the hopes of stealing their food for the hungry colonists).

After she saved his life, Smith was injured and returned to England.

Pocahontas was around thirteen or so at this time (so yes, that whole romance in the Disney movie is completely made up).

It is thought she married a man of her tribe around 1610 but in 1613 she was kidnapped and held for ransom during the first Anglo-Powhatan War.

Unfortunately, her father failed to play the complete ransom.

During this time, she therefore converted to Christianity and changed her name to Rebecca—learning English as well.

She married John Rolfe in 1614—an English settler—what happened to her first husband is unknown but divorce was allowed in her people’s culture so that could be a possible explanation.

In 1616 the newly christened Rebecca, her husband, their infant son (Thomas was born the year before) and a dozen other Powhatan tribal members journeyed to England as an envoy to show the white man and the Natives could get along. While in London Rebecca was treated like an Indian Princess and even met John Smith again.

During that time The Virginia Company paid for a portrait of her in expensive clothes to be made—the only known image of her drawn while she was alive.

In March 1617 she passed away from an unknown disease before she could return home. According to her husband her final words were that she knew everyone had to die but she was grateful her son would live on and live on he did—becoming a successful tobacco farmer in Virginia.

Revolutionary Women: Amazing Women of the United States, from the 1600s through 1900s by Inc. Peter Pauper Press