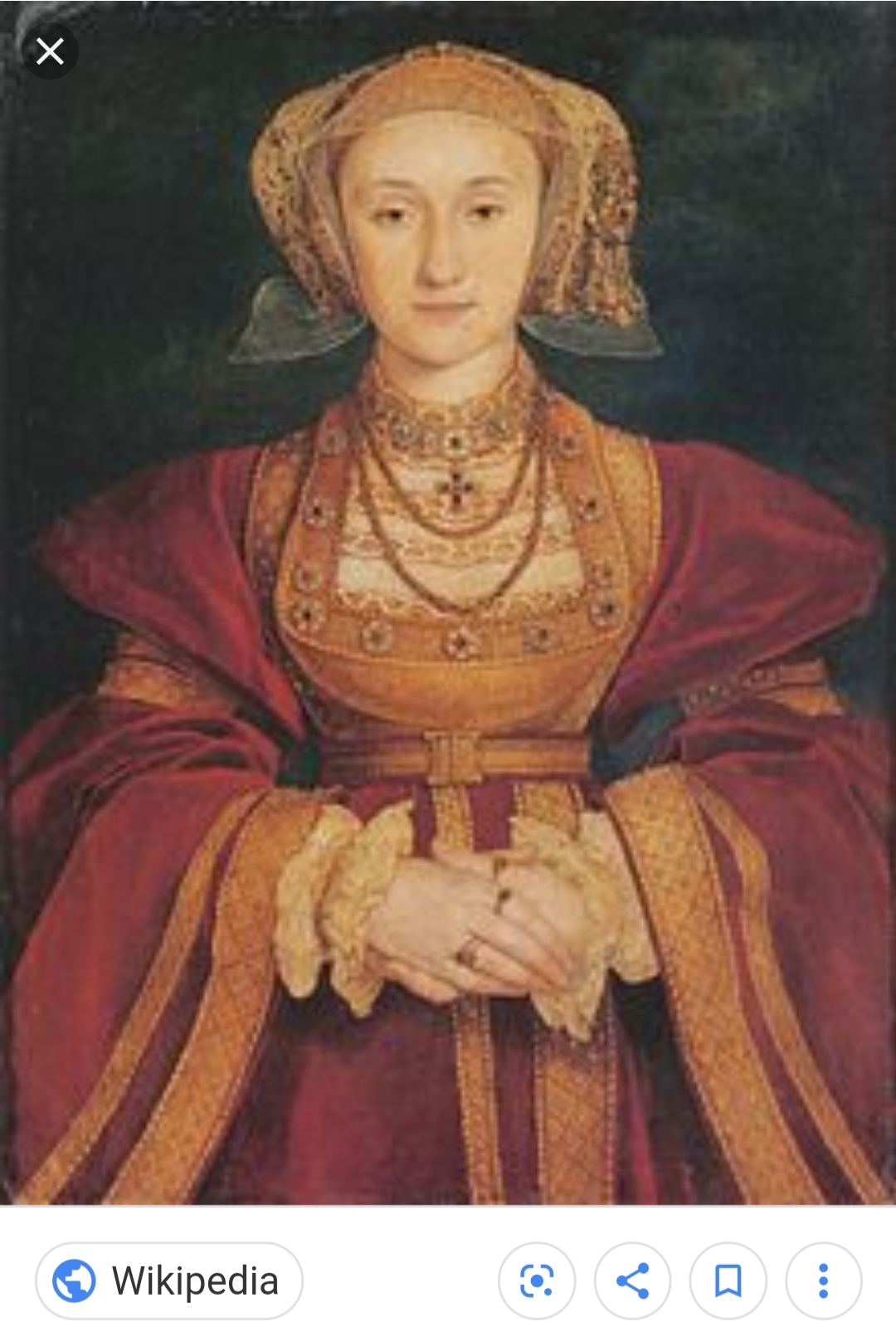 They married after Henry decided he needed to form a political alliance with her brother who was a leader of Protestants in Western Germany.

Anne and Henry married five days after meeting despite Henry not liking her for a variety of reasons—including the fact he thought she was ugly and resented her for not speaking English perfectly (she had literally been speaking German for twenty-four years and was still learning English!).

Seven months later the political threat that Henry married Anne for never materialized and Henry and Anne agreed to an annulment.

Anne lived out the rest of her life with a large dowry in the English countryside, surviving the bloodthirsty wrath of Henry VIII unlike some of his other wives.

In 2019 the author Alison Weir published a book indicating that Henry had divorced Anne because she’d already given birth to another man’s child. Not only is that rumor highly unlikely (read about 99.99% impossible to be true) it is also scary that people might read her fiction book and think it is true.

So here is the biggest evidence for how we know it’s not true: there are written accounts from the time period of Anne asking her maids to explain what sex was and how she could get pregnant—the king would say goodnight to her then go to bed, and in the morning say good morning and leave and she wanted to know if that could get her pregnant! Enough said. Don’t believe everything you read, even if it is in a published book format.