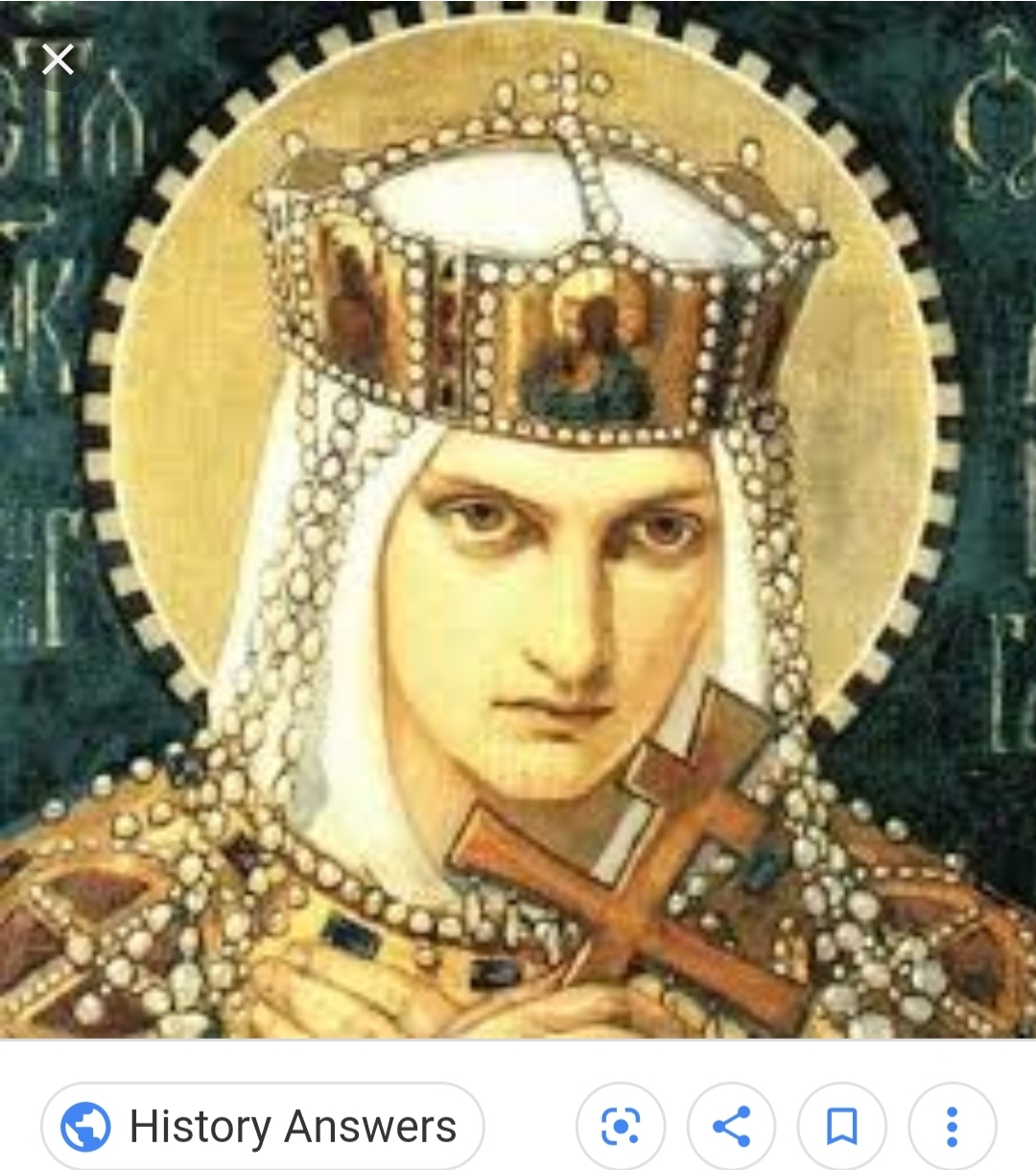 She was also the first ruler of Kiev to adopt Christianity.

Olga was the widow of the ruler of Kiev who was murdered by his subjects after attempting to extort an excessive tribute. She served as the regent from 945 to 964 because their son was still a minor. Olga had the men who murdered her husband scalded to death and the ambassadors who came to ask for her to marry another clan’s prince killed by being buried alive, burned in bathhouses, and other ways.

Olga is also remembered for starting a full tribute system—which could be the first modern tax system in Eastern Europe. Her son resisted Christianity but her grandson (Vladimir the Great) fully embraced it and created the transition between paganism and Christianity in Russia.

After she died, Olga was canonized as the first Russian Saint of the Orthodox Church and is the patron saint of converts and widows.