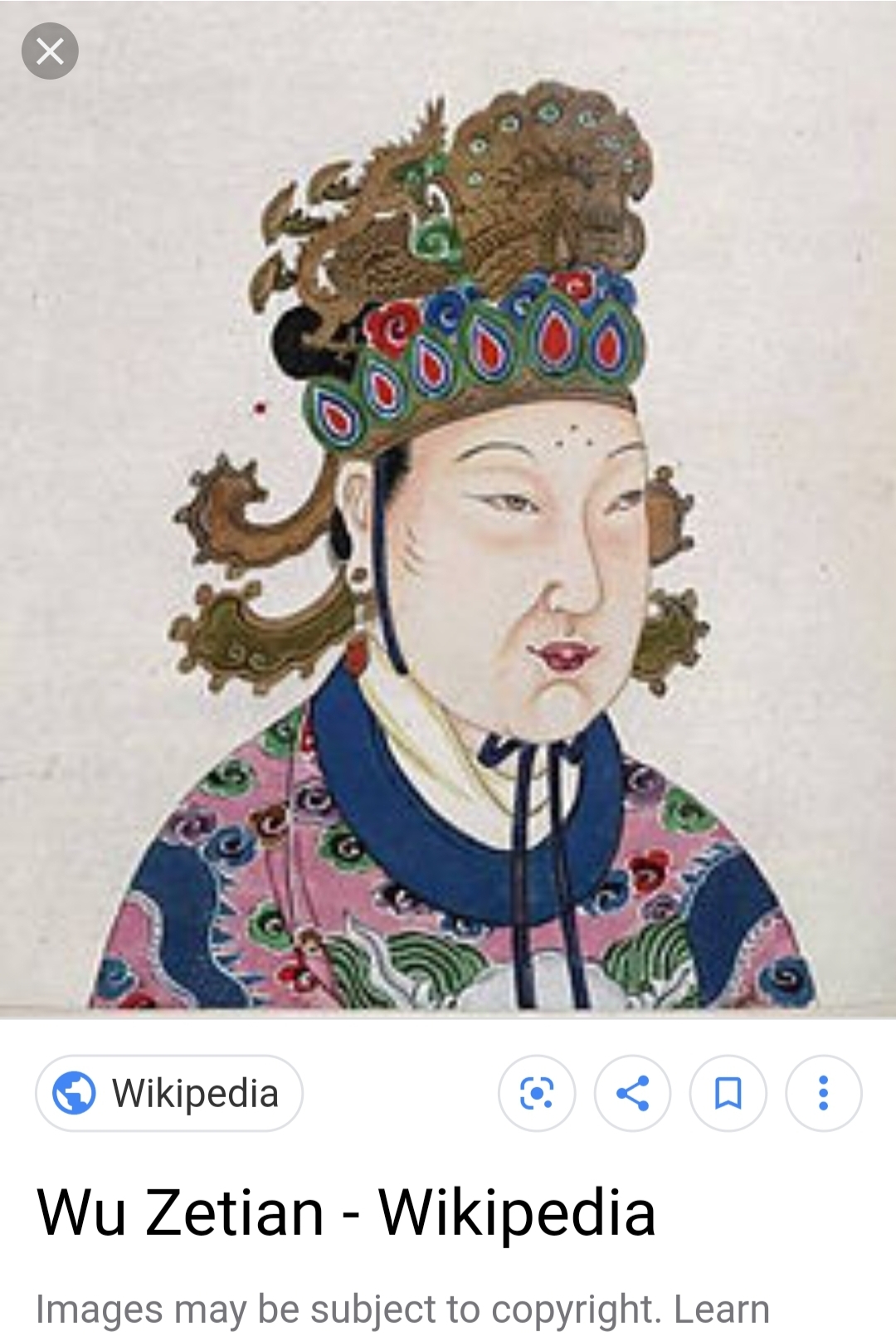 The Only Woman in Chinese History to Rule as Empress Regnant

She was the most influential ruler of the Tang Dynasty.

The Tang were semi-okay towards women; the girls were not required to bind their feet or lead submissive lives which was huge in terms of Chinese history, and this slight leniency undoubtedly helped Wu in her rise to power.

She was born into a rich and noble family and educated well.

Wu was brought in and become a concubine to the Emperor when she was a teenager but was also keeping her eye on the emperor’s son. When the old emperor died at the age of twenty-seven she moved quickly and gave the new emperor multiple sons—deposing the emperor’s wife (Wang) by accusing Wang of smothering her child  (the details on this are a little murky with some people saying Wu killed her own daughter and others claiming the girl probably died from carbon monoxide poisoning).

The emperor soon married Wu. Within five years the emperor suffered a debilitating stroke allowing Wu to take over all administrative duties, this also allowed her to start a secret police force to spy on her enemies and kill or imprisoned anyone who got in her way (including Former Empress Wang).

When this emperor died, she moved her eldest and weakest son into power and ruled through him—telling him exactly what to do. Next she started challenging Confucian ideals of womanhood by elevating the women around her; having biographies written of famous women and proclaiming she was starting a new dynasty.

In 690 her son removed himself from office and Wu was declared emperor. During this time she wiped out at least fifteen family lines through various means of execution to secure her place on the throne (though the number might be slightly exaggerated—sources disagree on the exact number) she replaced war mongering politicians with scholars and reduced the army’s size. Wu also lowered taxes and raised agricultural production.

Chinese Buddhism achieved its highest strength under her reign.

The year of her death she gave up the throne in favor of her third son and then peacefully passed away.