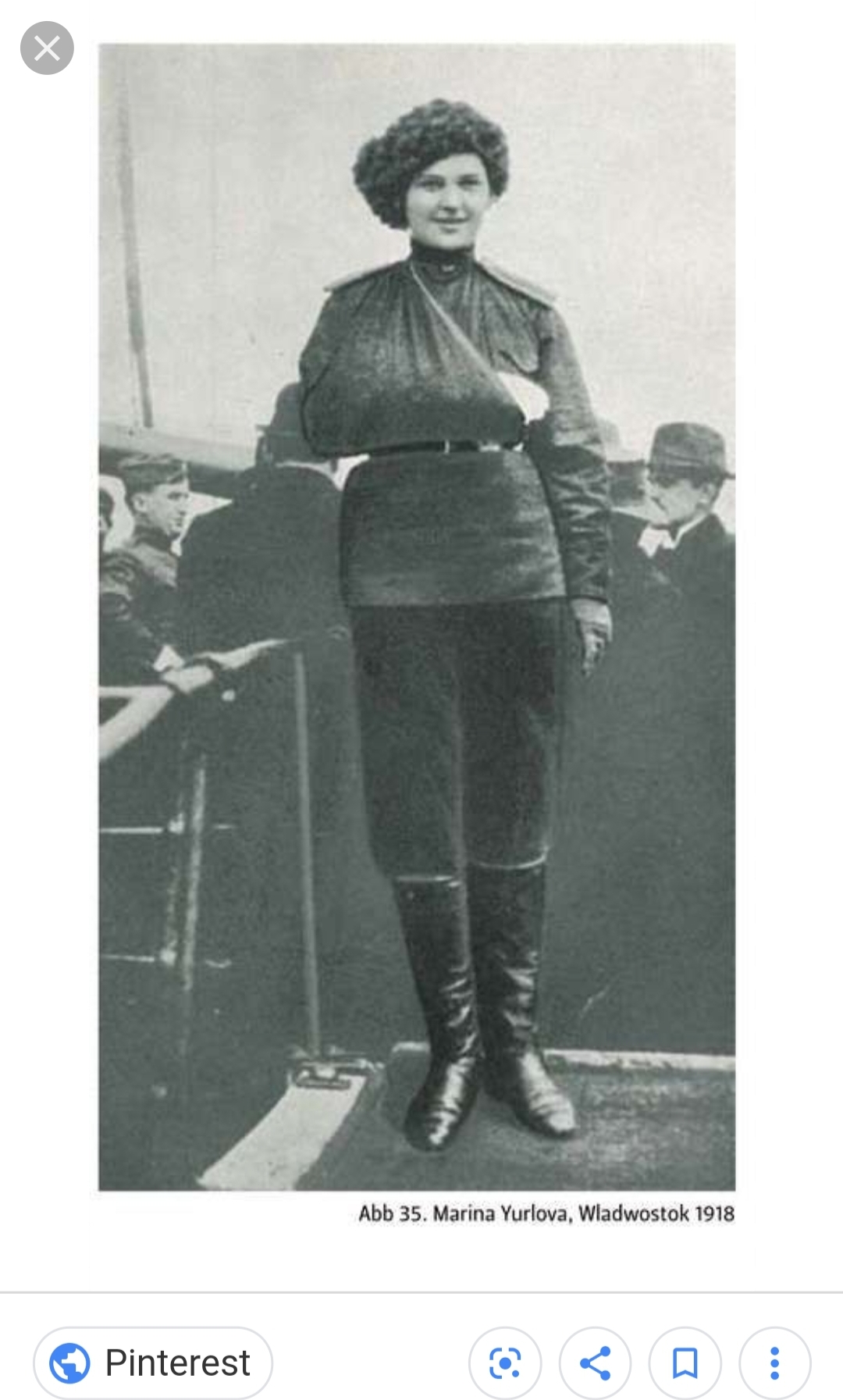 She was injured twice during the war (and almost lost her leg to an amputation) and was released from service after suffering a complete mental breakdown following service in the White Army during the Russian Civil War.

Marina would form a Women’s Medical Battalion and fought on the Siberian Front during the war.

She was trained as a soldier by her father, who was a Cossack himself, instead of being raised to be a domestic housewife which was typical of the girls in her region at the time.

Marina was awarded the St. George Medal for bravery in combat by the Russian government.

She would publish three books about her wartime experiences.

You can witness her story in the docu-series “14 Diaries of the Great War.” I have linked the trailer for the eight-episode program in this article.