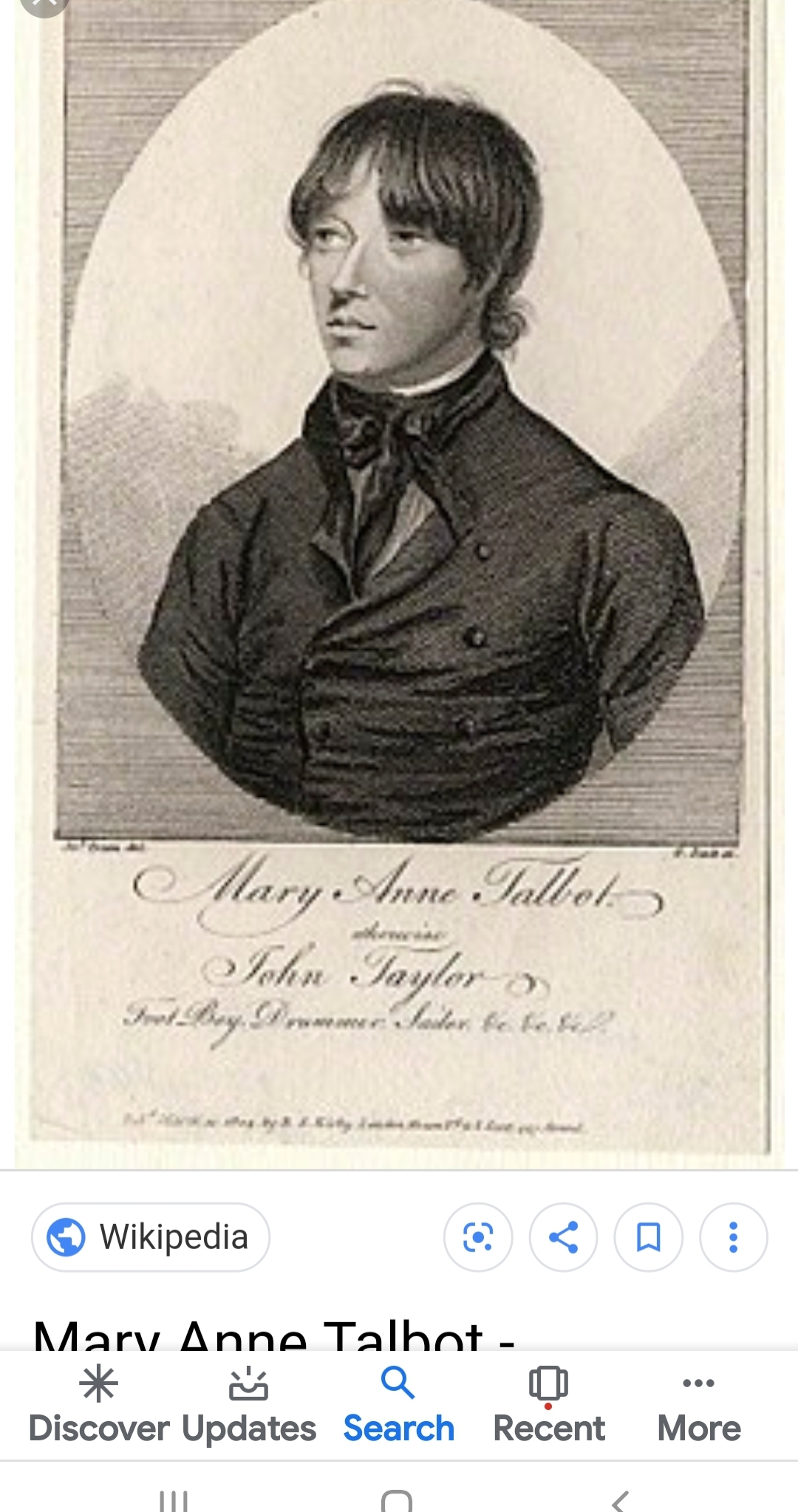 She served in the English navy and army.

Mary was later known as the British Amazon.

Her mother died at birth and she grew up believing herself to be the illegitimate daughter of William Ist Earl Talbot.

She spent some time in the United States too before being discovered as a woman in London in 1796.

In 1809 a publisher put out her story and she’s been a piece of history ever since.