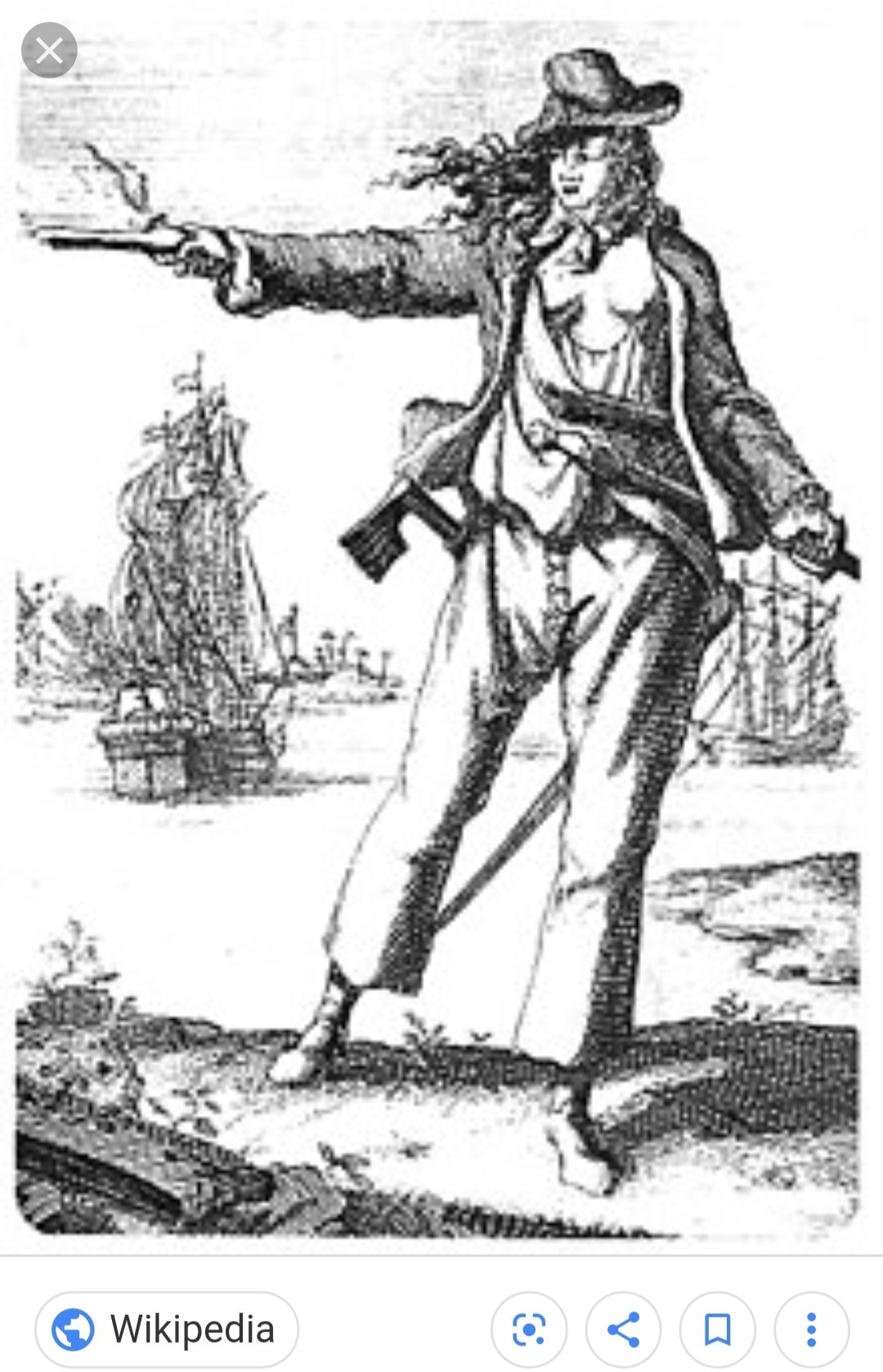 Pirate who was the illegitimate daughter of a lawyer and his servant woman.

After her father’s wife made his adultery public her dad packed up little Anne and the servant woman who was his new wife and took them to start over in the New World.

Her father bought a plantation in South Carolina and restarted his law practice.

Her mother died when she was a teen and Anne grew a rebellious streak marrying a local pirate when she was sixteen (she loved him, and he wanted her dad’s lands so ya know).

Anne’s dad put her out of the house after he realized he couldn’t make her a respectful woman anymore.

The new couple took off and soon enough her husband realized he couldn’t support her and became a pirate informer instead.

Anne then ran off with Calico Jack—another pirate who romantically offered to buy her off her husband (that was sarcasm, by the way, but she probably found it flattering).

Once she found out she was pregnant Calico left her in Cuba to have the baby and that baby disappears from history.

By the time Anne made it back to Calico’s ship Mary Read was now on board and the two women became fast friends.

Soon enough their entire crew was overtaken and shipped to Port Royal where everyone was found guilty and sentenced to hang.

Anne and Mary were spared because they both claimed to be pregnant. Mary died in prison, but Anne’s end is less clear.

One source says Anne’s father paid her ransom and brought her home, she had Calico’s second child and then married another man—having eight more children with him. Other stories say she died in prison.

The real end to Anne’s story may never be known.

Under the Black Flag by David Cordingly