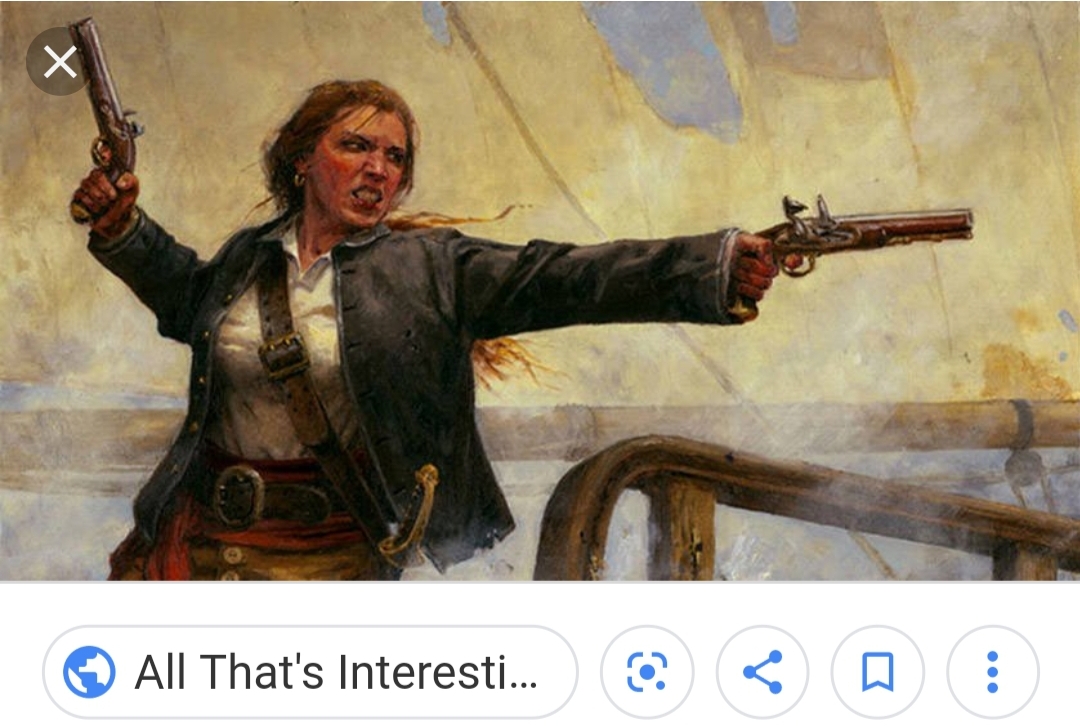 She was born into the Gaelic Aristocracy and was the only child of a local leader (the way Ireland in the 16th Century operated is really confusing so just go with that for now).

Her clan was fiercely independent and made their money in both legal ways (like trading and taxing ships passing through their waters) and less legal ways (like piracy and stealing cattle).

In 1546 she was married off to the heir of another local leader/tribe.

They would have three children and she would have brought a substantial dowry to her marriage (Quick Note: Under Gaelic law the husband took control of the dowry but if the marriage were ever dissolved the wife would get it back in full and women retained control of any property they brought to the marriage and could obtain property independent of their husbands. Go Ancient Gaelic Law!).

Her hot-headed husband was killed in a territorial dispute and since Gaelic law also said she had no right to her husband’s land she went home to her father’s.

The pirate queen name was born out of her return home and the need to provide for her family and people.

Her fleet was anywhere between five and twenty vessels at any given time.

In 1567 she remarried but continued her piracy stuff. Their marriage history is a little murky but what is known is that after her husband’s knighthood she became known as Lady Bourke. They would have one son together. That husband died in 1583 and she found herself a wealthy independent woman.

Then a kind of civil war between the Irish and the Englishmen charged with overseeing Ireland erupted and one of her sons was killed and another sided with the English (she was not happy about that).

Grace lost everything in this fight and made a plea directly to Queen Elizabeth for help. She actually sailed for London on two separate occasions and met with Elizabeth in person.

Elizabeth allowed her to continue her piracy and thoroughly pissed off her ministers in the process.