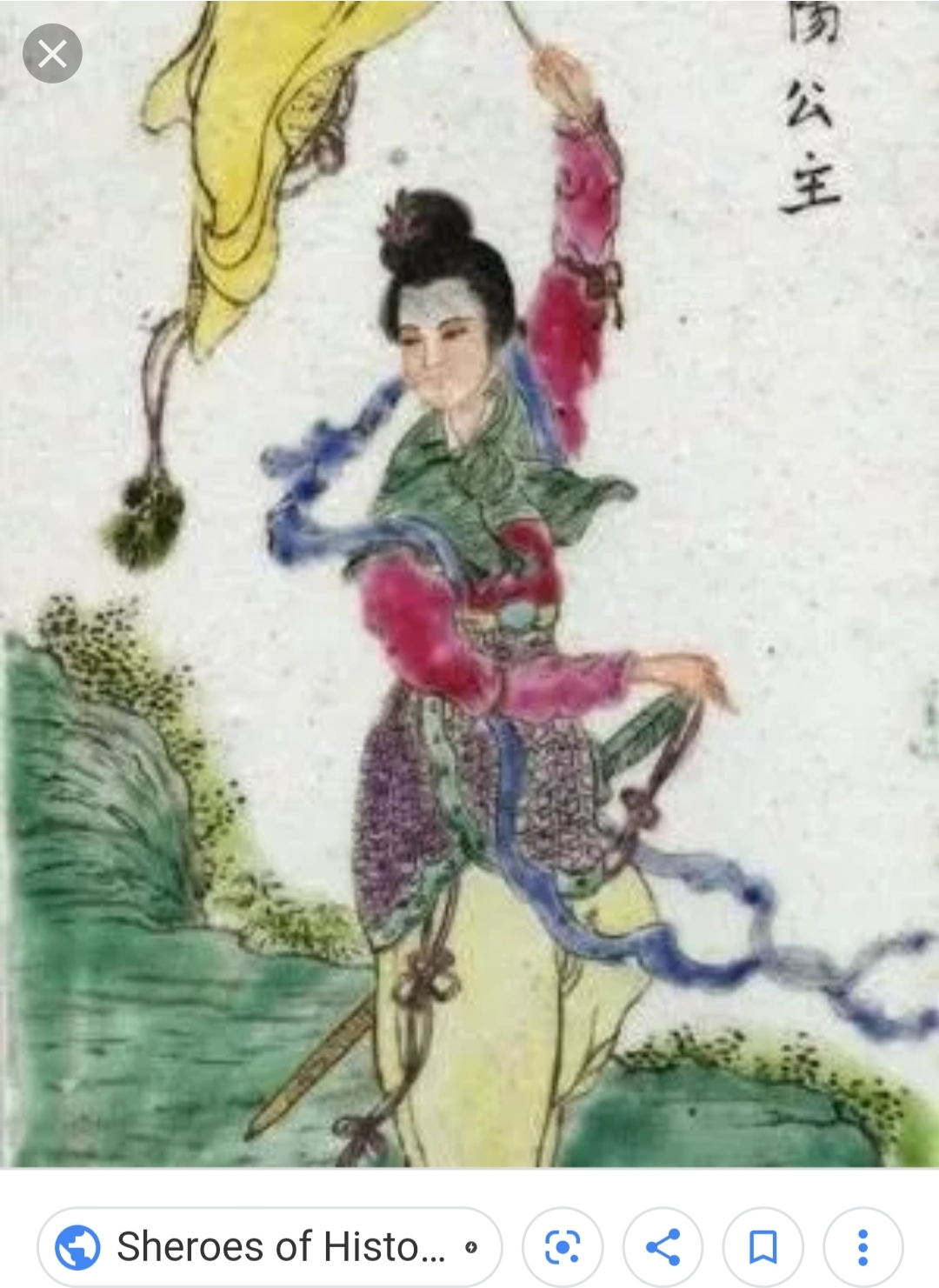 Chinese General who led 70,000 soldiers to topple one of the worst a**holes to ever proclaim himself Emperor of anything

She was the daughter of a military general and a doting wife in her younger years.

The emperor ordered her father to be thrown in prison and then taken back out because he needed her dad to protect him from some other people trying to kill him—you can imagine why Pingyang’s dad suddenly had the urge to kill him too. Slight problem though—Pingyang’s husband was the leader of the palace guards.

Her husband decided to join his father-in-law leaving Pingyang in a precarious position—the logic was they couldn’t both leave the castle at the same time, it would be too obvious what was going on. So Pingyang stayed behind while her husband escaped to join the rebellion.

Soon after she did manage to escape and made her way to her family’s homelands where she found her people suffering from a drought and being ignored by the government. Pingyang distributed food from her family’s own stores and the people were so thankful they pledged their fealty to her.

While her husband and father openly rebelled against the Emperor Pingyang plotted silently from the background and made allegiances—swelling her people to that 70,000 number; all under her banner.

She quickly put out a code her soldiers had to stick too: no looting, pillaging, or raping, whatever they took they had to pay for and any food they came across they had to distribute to the people whose villages they had just taken over.

In just around a year she overtook the palace and the old emperor fled—opening the path for her father to take the throne and start the Tang Dynasty.

Pingyang was made a princess and a marshal but she sadly passed away soon after, possibly in childbirth.