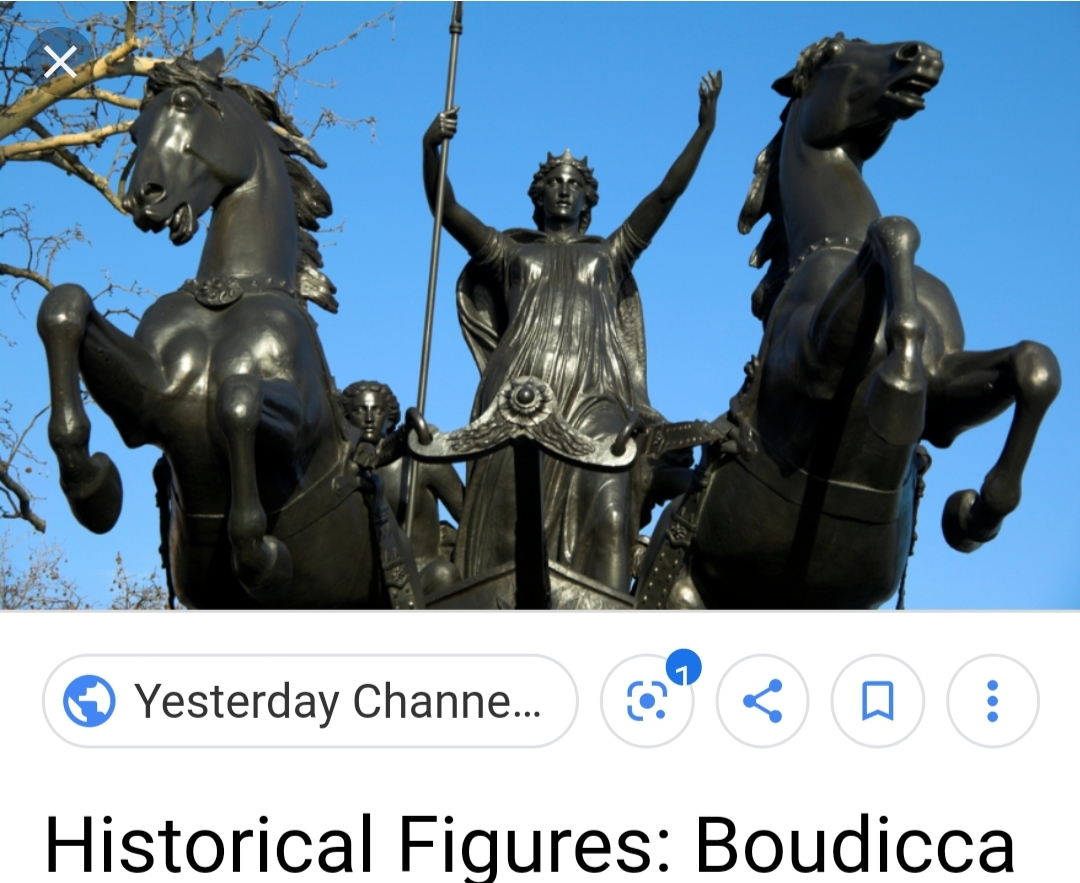 "It is not as a woman descended from noble ancestry, but as one of the people I am avenging lost freedom, my scourged body, the outraged chastity of my daughters. In this battle, you must conquer or die. This is a woman's resolve; as for men, they may live or be slaves."

(Attributed to but not definitively proven to have been spoken by Boudica. No quotes can be directly attributed to her)

All the written information known about her comes from Roman Scholars (unfortunately).

She was married to the king of the Iceni around the age of eighteen and they would have two daughters together. Their tribe was “lucky” in that they weren’t completely taken over by the Roman occupation and instead only became a forced ally of Rome.

However, when the king died without a male heir that all changed.

The Romans took everything and declared the land and the wealth of the tribe now belonged to the Empire. Then they flogged Boudica publicly and raped her daughters.

This pissed Boudica off (obviously) and she swore vengeance against Rome.

Boudica had been trained as a warrior and so when the provincial governor was off pillaging Wales Boudica struck. She led her people and other tribes who hated Roman rule. They quickly destroyed the Ninth Legion and burned the capital to the ground—massacring the inhabitants. Her soldiers went on to sack two more towns—one of which is modern-day London.

The Roman big bad guy returned and managed to put a stop to her revolt but not before she deeply wounded the Roman presence in Briton.

Tacitus—a Roman writer—claimed Boudica had slaughtered some 70,000 Romans in all.

Rather than being captured it is said Boudica and her daughters poisoned themselves.

Personal Note:
I first learned of Boudica’s story in my eighth grade Latin class (yes really—that’s Charter Schools for you).

Anyway, long story short, that year we were reading about the Roman occupation of Briton and in the textbook was a photo of the statue of her that now stands in the UK. I was so inspired by her story I named one of the characters in a book I wrote Boudica. Maybe someday if I ever get a publishing deal, you’ll be able to read about her too.