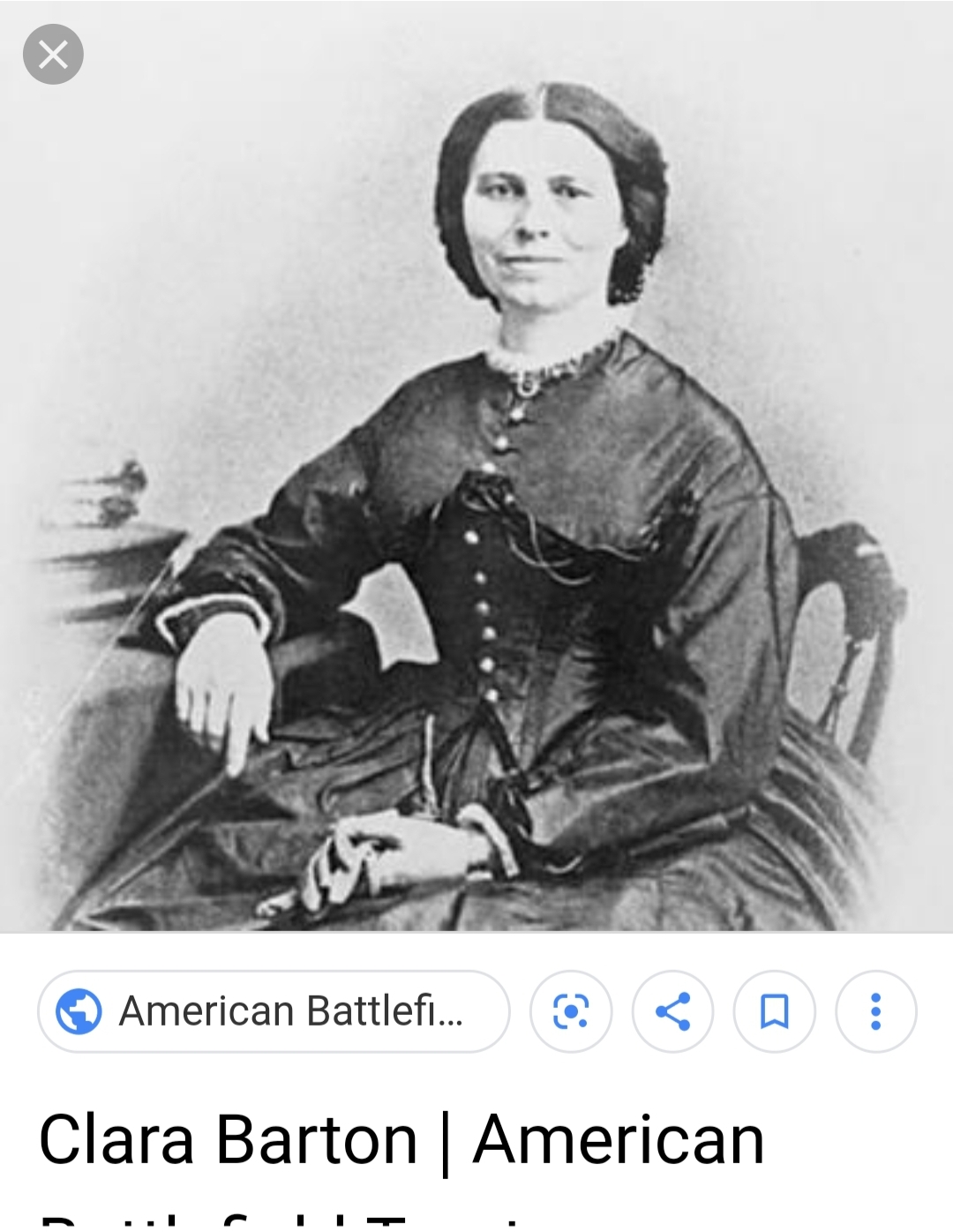 "When you were weak and I was strong, I toiled for you. Now you are strong...and I ask your aid...for the ballet." -Clara's plea for women's suffrage in the United States

Arguably the Most Famous Nurse in United States' History

Her real name was actually Clarissa (my cousin named her first born Clarisa—partially in honor of Clara).

Clara was the founder of the American Red Cross (which she would head up for the first twenty-three years of the organization’s history) and was called the Angel of the Battlefield during the War Between the States.

She is featured in the Magic Treehouse book Civil War on Sunday by Mary Pope Osborne, which is personally my favorite in the series.

When the war began, she was working in the US Patent Office in Washington DC.

Clara was the first woman to work as a patent clerk in the US however the next year she was demoted and then fired completely by the Buchanan Administration (however she was rehired once Lincoln became president).

Clara was also a member of the National Society Daughters of the American Revolution and is remembered as a distinguished daughter today. She served as the DAR's First Surgeon General, a position that is no longer filled today. She also attended the society's first Continental Congress in 1892.

Clara was even an ardent supporter of women’s suffrage.

In 1975 her Glen Echo, Maryland home was named a National Historic site—the first site dedicated purely to the achievements of a woman in United States history.

The National Society Daughters of the American Revolution Information Archives