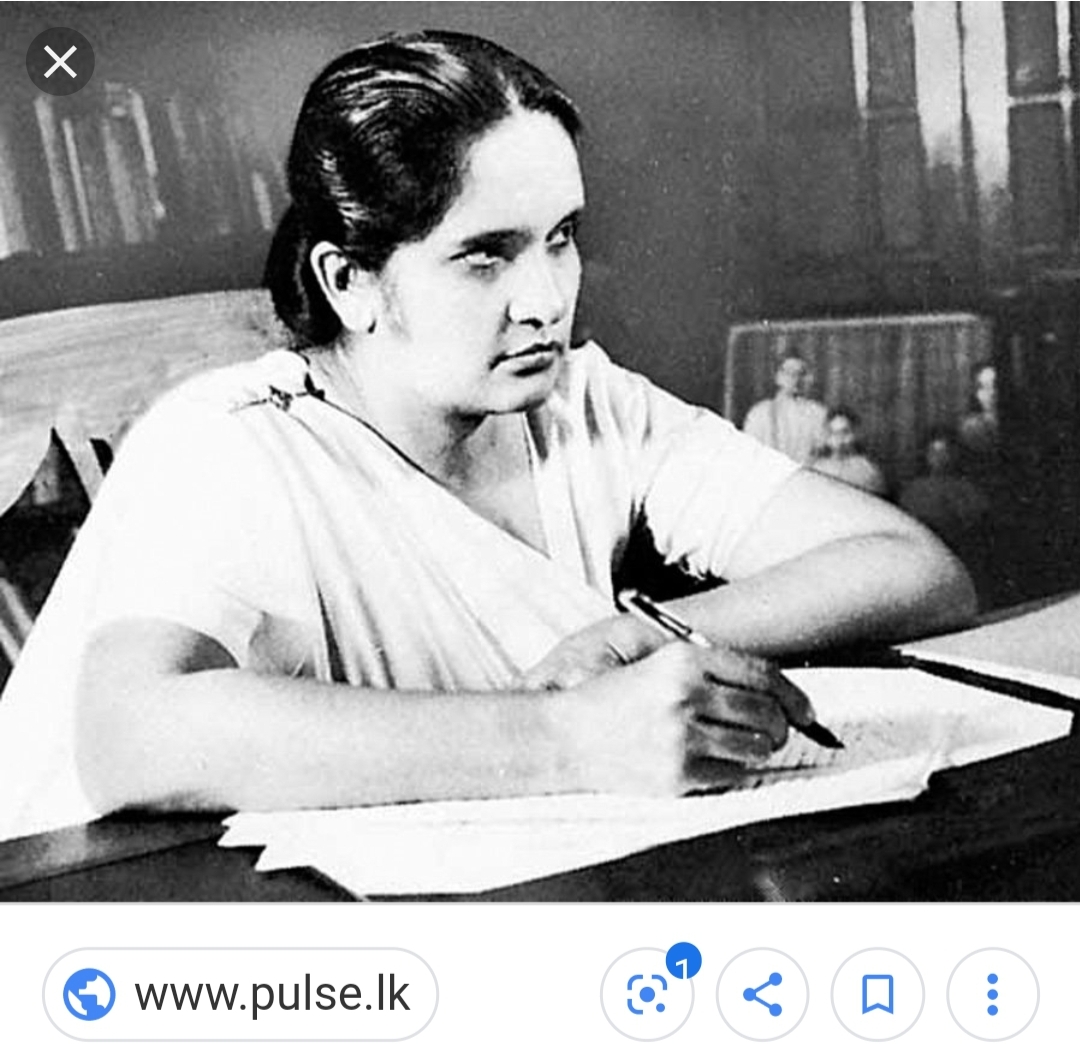 She was born to a wealthy family and married into a political one. Her husband was elected Prime Minister in 1956 and was assassinated in 1959 which sparked her interest in joining politics after she was induced to become the party leader.

Sirimavo encouraged socialist programs, encouragement of Buddhism as a religion, and making Sinhalese the official language by law.

After coming back to the position in 1970 she oversaw the writing of a new constitution which would change Ceylon into a republic called Sri Lanka headed by an executive president.

She was voted out of office the second time after her government’s socialist policies once again stagnated the economy.

Two of her three children also got involved in politics with her son becoming right-wing and aggravated by his left-wing sister who was favored by their mother (she had another, older daughter who stayed out of politics). Her daughter would become President in 1994—Sri Lanka’s first female president. Sirimavo’s daughter reappointed her mother to the Prime Minister position but Sirimavo would leave office and die a few months later from a heart attack. Her daughter left office in 2005 after being barred from running for a second term.