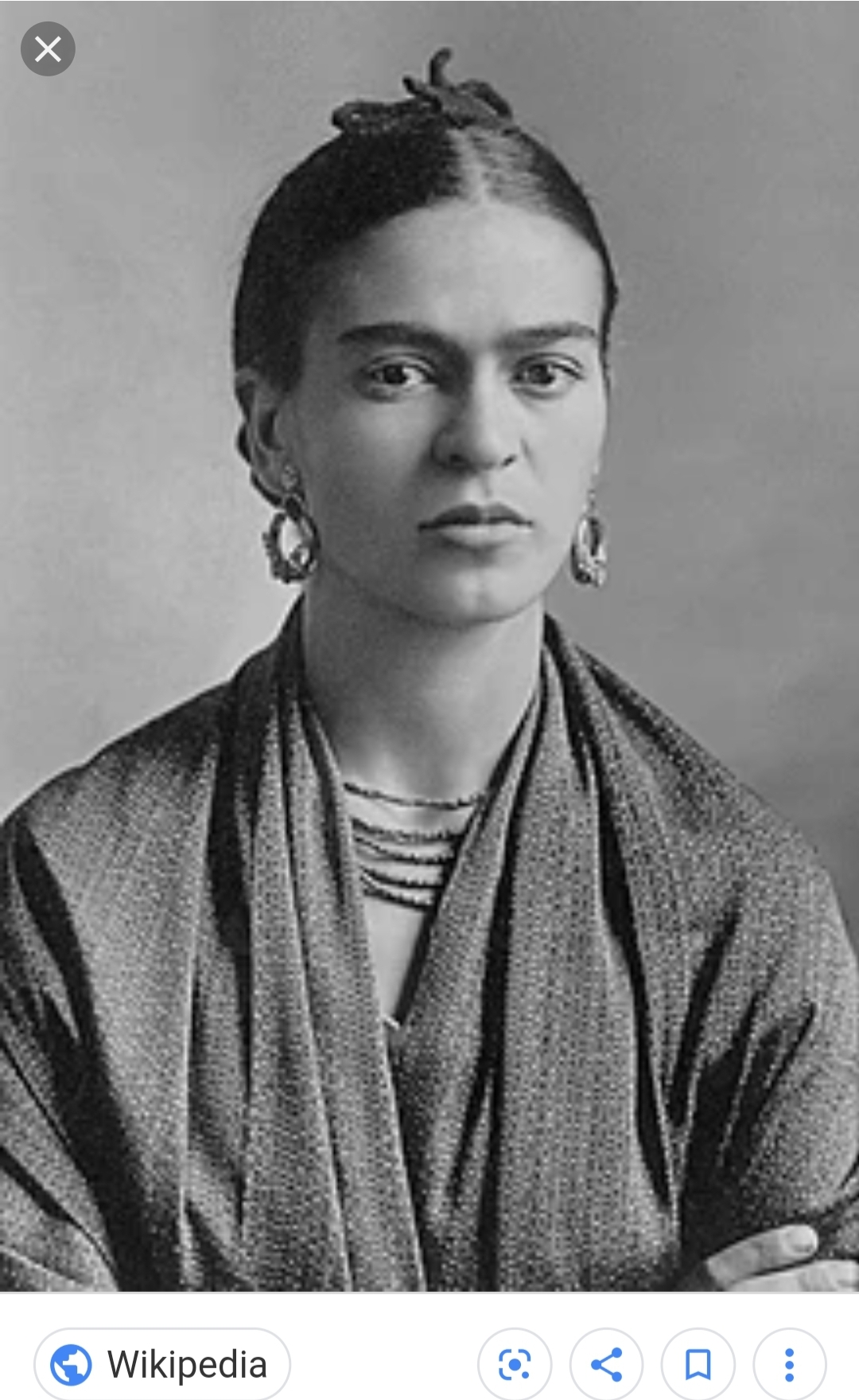 Frida is also a feminist icon for defying the odds and breaking the mold of typical femininity (not every woman could rock the una-brow look).

As a child she suffered from polio and then she was nearly killed in a bus accident as a teenager which left her disabled and in severe pain the rest of her life.

She would have thirty operations throughout her life. Though doctors told Frida she would not be able to have children because of the bus accident, Frida became pregnant twice. The first time, at her doctor's urging, Frida got an abortion. However, the guilt of the abortion haunted her, and when Frida became pregnant a second time, she tried to keep the baby. However, the damage to her body was so severe Frida suffered a miscarriage. One of her paintings symbolically depicts both children she lost.

Around 200 paintings, drawings, and sketches of hers survive.

Frida had a very turbulent relationship with Diego Rivera—a man she married twice (they would both have affairs with other people--and for Frida her affairs weren't solely with men). One thing they did agree on was politics—both were ardent communists and lived with Leon Trotsky for a time. Frida's relationship with Leon has been the subject of numerous theories and disputes, but there is no definitive proof Leon and Frida ever had a sexual affair.

Frida was not widely known in her lifetime and sold few paintings—she only had one exhibition in her lifetime, and it was the year before she died. Frida was discovered dead by her husband Diego, and today some believe she died from an overdose of her pain medications.

Today she is one of the highest selling women in art with one of her portraits selling for $5.6 million. She was also the first Latin American woman to have her work showcased in the Louvre in Paris.

The home she grew up and died in is now the Frida Kahlo Museum in Mexico where her belongings are on display as though she still lives there.

In 2002, Hollywood produced a biographical film entitled Frida, starring Salma Hayek as the artist. I've included the trailer in this article, underneath a YouTube video that is a short biography on Frida's life.

50 Artists You Should Know by Thomas Koster, Lars Roper, and Michael Robinson