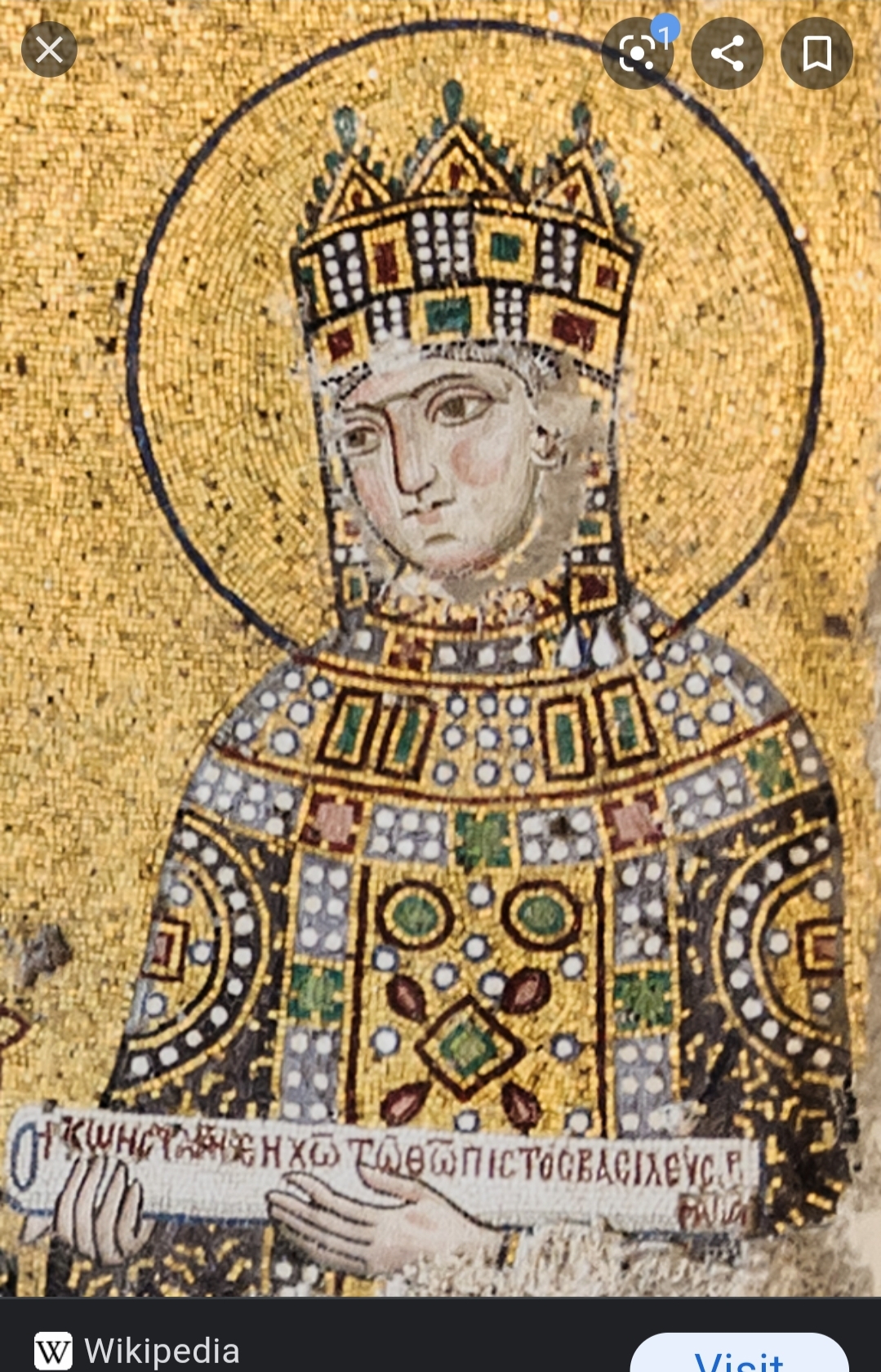 Zoë was married to the heir presumptive, Romanus III Argyrus, and became the empress consort upon his ascension. However, Zoë didn’t really like her husband to say the least and became very jealous. She exiled her sister Theodora to a convent and (possibly) poisoned her husband (or had him drowned in a bath, no one knows for certain). After Romanus died, Zoë remarried Michael IV and ruled alongside him until he banished her to a monastery. This move was very unpopular with the people, who led a revolt to bring Zoë back to the throne.

Zoë was the adoptive mother of Michael V. After he fumbled with the throne and ended up blinded as an imperial punishment by Zoë, the empress and her sister Theodora ruled jointly for a time. Zoë also married for the third time—unfortunately granting hubby number three an equal share of the power with her and her sister. Zoë’s husband also brought his mistress into the palace, seemingly with the empress’s permission, which did little to endear the situation to the people.

In the last few years of her life, Zoë became increasingly pious and dedicated her life to building a church, pardoning criminals, forgiving debts, and creating church icons. She also spent time creating perfumes and cosmetics…and seemingly doing little in the way of ruling.

Zoë died a few years later, having never had a child of her own. Her dynasty died out with her sister Theodora six years later.