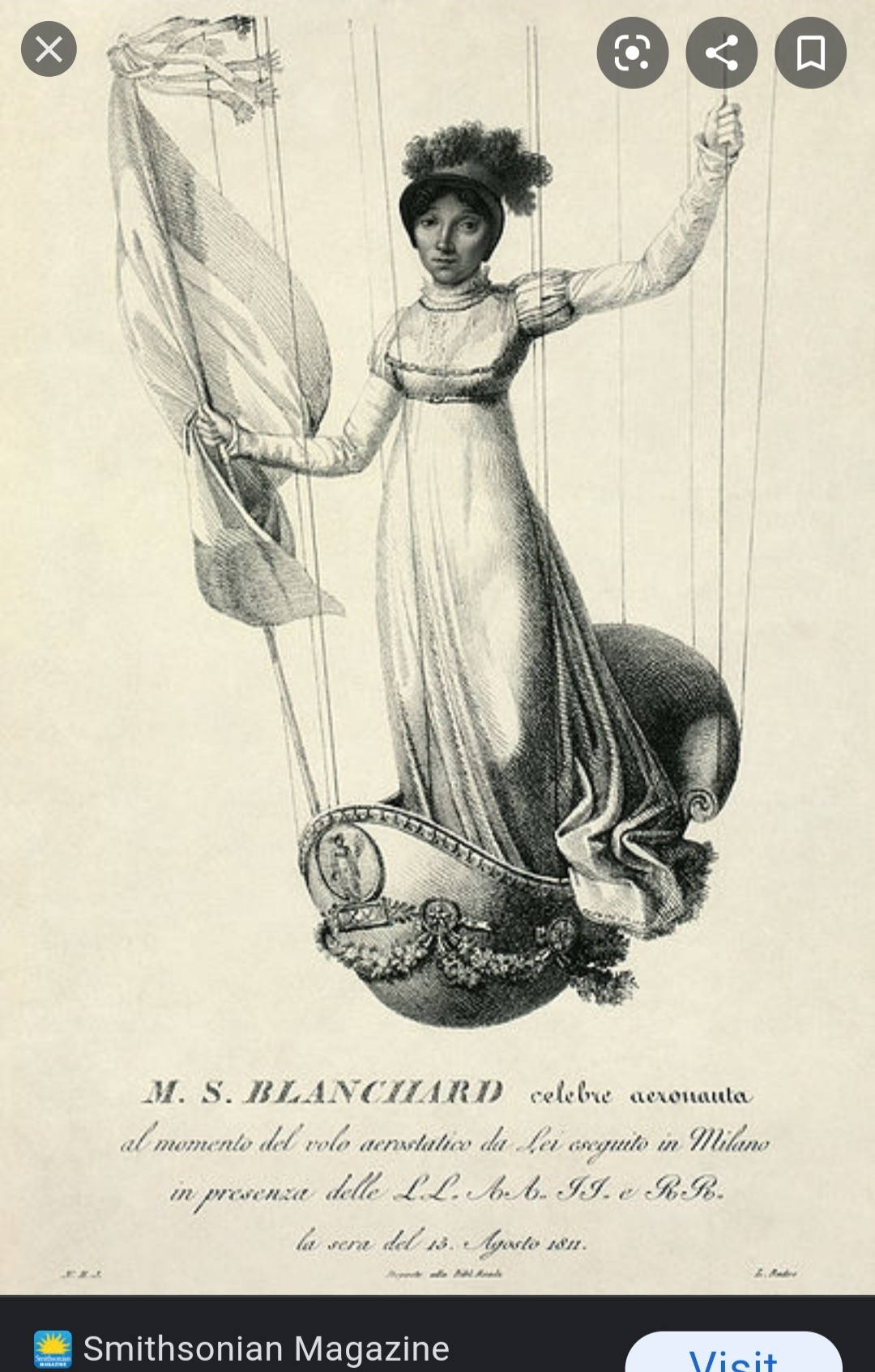 According to some sources, Sophie was afraid of riding in a carriage and was very nervous when on the ground, but once she was in the air Sophie was fearless.

Sophie kept flying even after suffering a crash.

Sophie’s husband was much older than her, but how much older and when exactly they married has been lost to history. What is known is that Sophie was just five years old when her husband began experimenting with balloon flight. He had also abandoned his first wife and four children in order to pursue his ballooning dreams, and originally invited Sophie with him on flights in order to attract crowds.

In 1805, Sophie became the first woman to pilot a balloon on her own. In 1809, Sophie’s husband suffered a heart attack while flying with his wife. Sophie could do nothing but watch as her husband fell from the basket to his death far below. Laden with debt thanks to her husband’s financial ineptitude, Sophie continued to fly on her own.

Sophie flew for both Napoleon and the restored monarchy, becoming a favor of both emperor and king alike. According to Smithsonian Magazine (article linked below): “She had made long-distance trips in Italy, crossed the Alps and generally did everything her husband had hoped to do himself. She paid off his debts and made a reputation for herself. She seemed to accept, even amplify, the risks of her career. She preferred to fly at night and stay out until dawn, sometimes sleeping in her balloon. She once passed out and nearly froze at altitude above Turin after ascending to avoid a hailstorm. She nearly drowned after dropping into a swamp in Naples. Despite warnings of extreme danger, she set off pyrotechnics beneath her hydrogen balloon.”

Sophie was the first woman to die in an aviation related accident after her balloon got fire. While attempting to descend back to the ground, the basket hit the roof of a house and Sophie tumbled out and fell to the ground, dying instantly. She had made fifty-nine ascents over the course of her career.