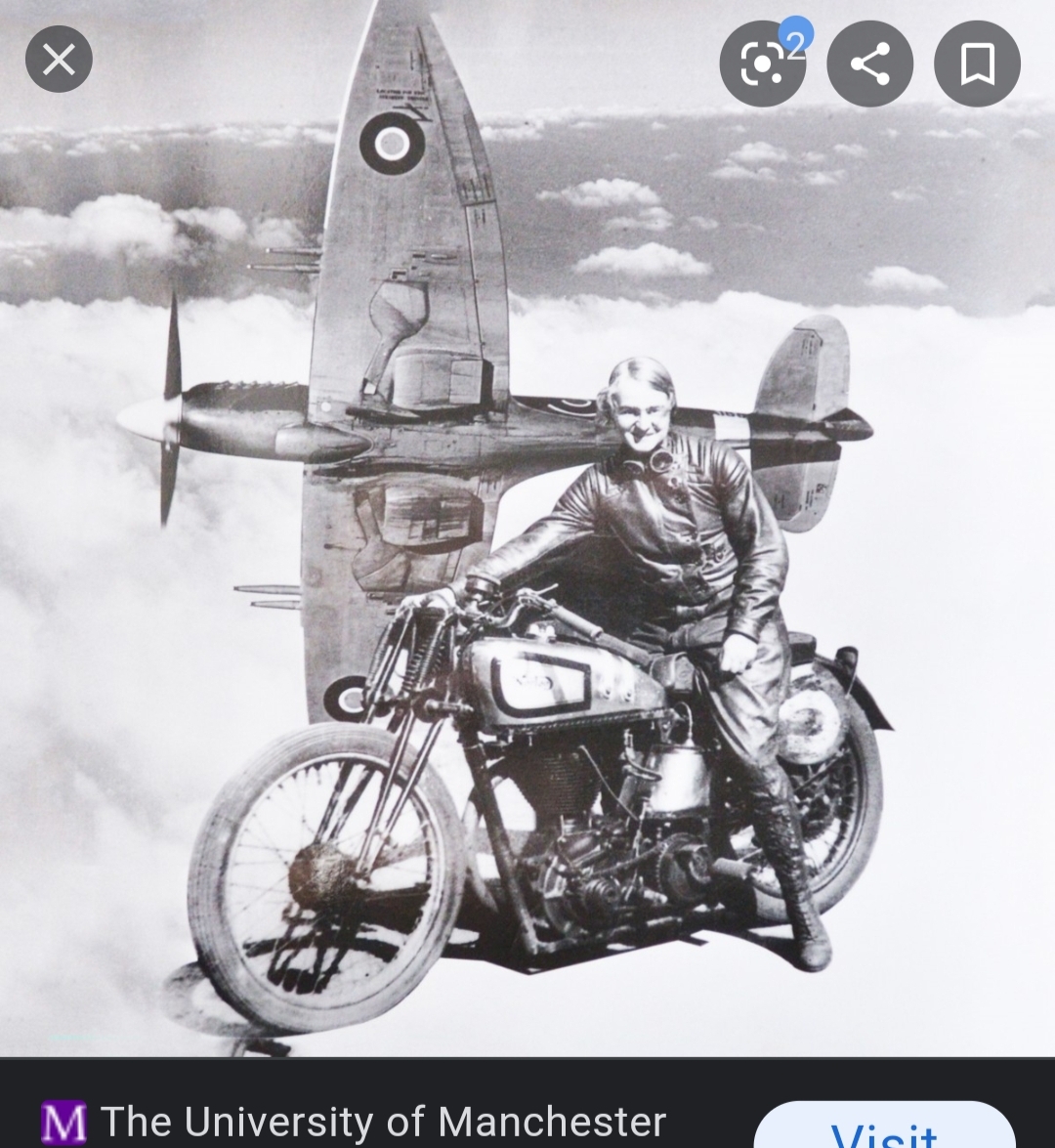 Beatrice was also the Inventor of ‘Miss Shilling’s Orifice’ a device that fixed engine failure during certain maneuverers in Hawker Hurricane and Supermarine Spitfire fighter planes, both of which used a Rolls-Royce Merlin Engine in their 1940 designs.

Beatrice was considered one of the greatest aeronautical engineers of her time.

As a child, Beatrice (or Tilly, as her friends and family knew her) spent her money on various tools to help her fix various mechanical objects she came across. Beatrice purchased her first motorcycle when she was only fourteen. When she was a teenager, Beatrice left school in order to become an apprentice at an electrical engineering company.

After graduation, Beatrice became a motorcycle racer, eventually earning an award for reaching 106 miles per hour with a supercharged engine; a practically unheard-of speed for the time period.

In 1936, Beatrice was hired by the Royal Aircraft Establishment (RAE) to work as an engineer. It was while working for the RAE that Beatrice came up with her little device that helped prevent Merlin Engines from flooding the carburetor during a nose-dive maneuver. The official name for the part was the “RAE Restrictor”, however, given the fact that a woman was the inventor, and this was the 1940’s, the device quickly earned the nickname “Miss Shilling’s” or even “Tillie’s Orifice,” because the device was a small metal disk with a slight puncture hole in the center of the disk. Real mature guys, real mature.

After the restrictor was proven as an essential piece of the proper working of the Merlin Engine, the restrictors were widely installed and used. Thanks to Beatrice’s hard work, the Spitfires and Hurricanes went on to help secure victory for the Allied forces during World War II. Because of her hard work, Beatrice was awarded an Order of the British Empire title in 1948.

After the war, Beatrice continued to work as an aeronautical engineer. She focused on researching aircraft braking on a wet runway, solid-fuel rocket propulsion, and other extremely important and interesting things. Tilly was a bada**, let’s just say it like it is.

Beatrice continued to work with the RAE until she retired in 1969, and she remained active in the racing and engineering communities until she died. Beatrice was married to a fellow RAE employee, but they had no children. In 1969, she was awarded an honorary doctorate from the University of Surrey in honor of her work.