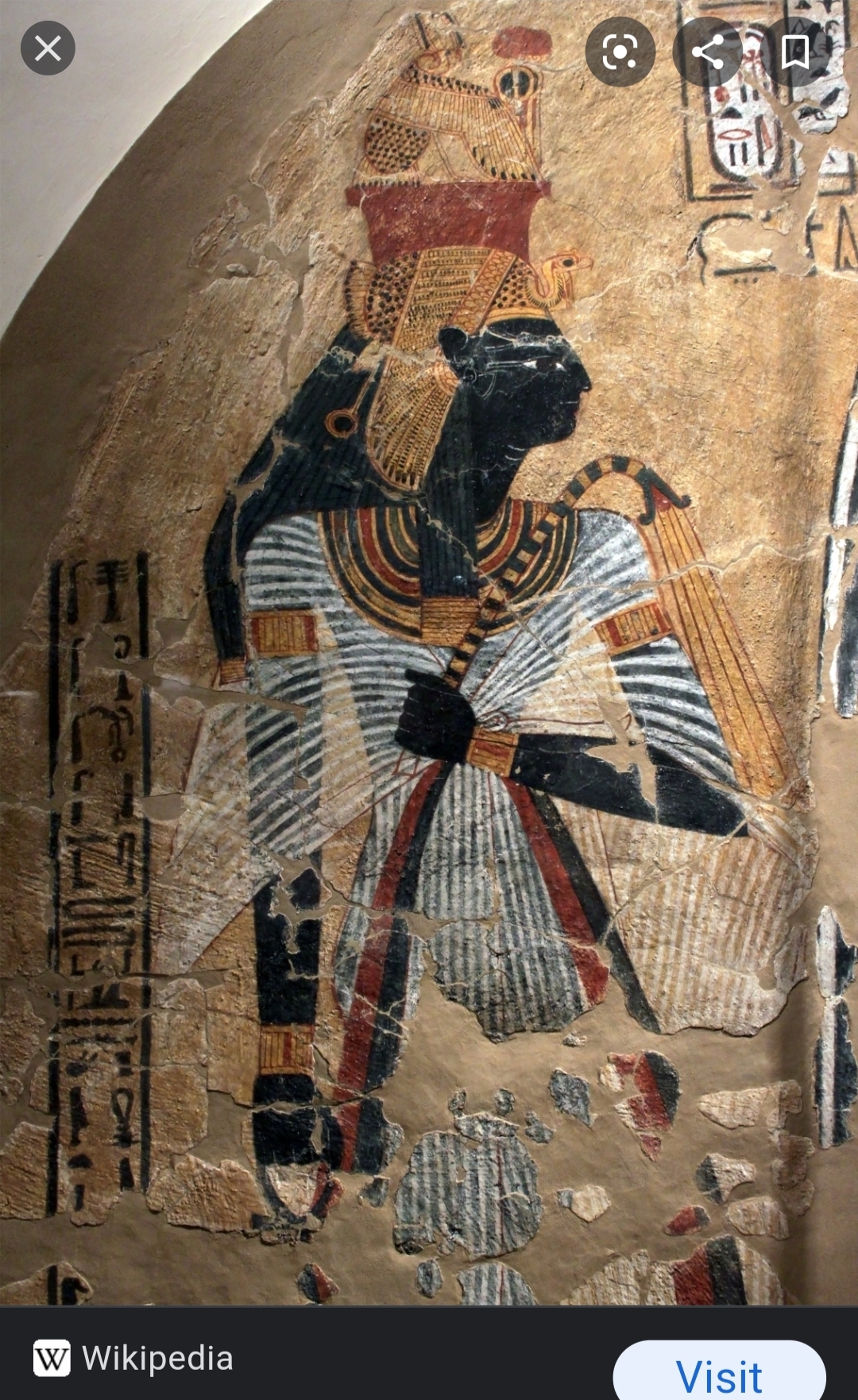 Ahmose-Nefertari was the daughter of Seqenenre Tao II and Queen Ahhotep. Her grandmother was Tetisheri, and she may have been the sister/wife of Kamose—the last Pharaoh of the 17th Dynasty who died in battle against the Hyksos.

Ahmose-Nefertari did definitely marry her brother Ahmose and became the First Queen of the 18th Dynasty as a result.

She was the first Egyptian woman to carry the title “God’s Wife of Amun” after her husband created the office. The God’s Wife was the most powerful priestess position in Ancient Egypt and was usually held by a woman of royal blood. The fact that Ahmose-Nefertari carried this title meant she was incredibly powerful and influential in her own right, and surviving carvings indicate she traveled across the lands fulfilling her role and was not simply a figurehead.

There is evidence Ahmose-Nefertari was involved in her husband’s building projects (for example, the Stela of King Ahmose) and she most likely acted as regent for her son Amenhotep I. She was also advisor to the next pharaoh Thutmose I (who was not related to her by blood). Ahmose-Nefertari and her son Amenhotep I were patrons of a village of builders, and those builders kept her cult following alive with continuous prayers into the New Kingdom as a result. There is even a carving of Ramses II invoking and offering prayers to Ahmose-Nefertari as well.

Ahmose-Nefertari also founded an order for Upper Class women called “The Divine Adoratrices of Karnak”. She died of old age, around seventy years old, and was given a part of her husband’s mortuary temple for her own cult.