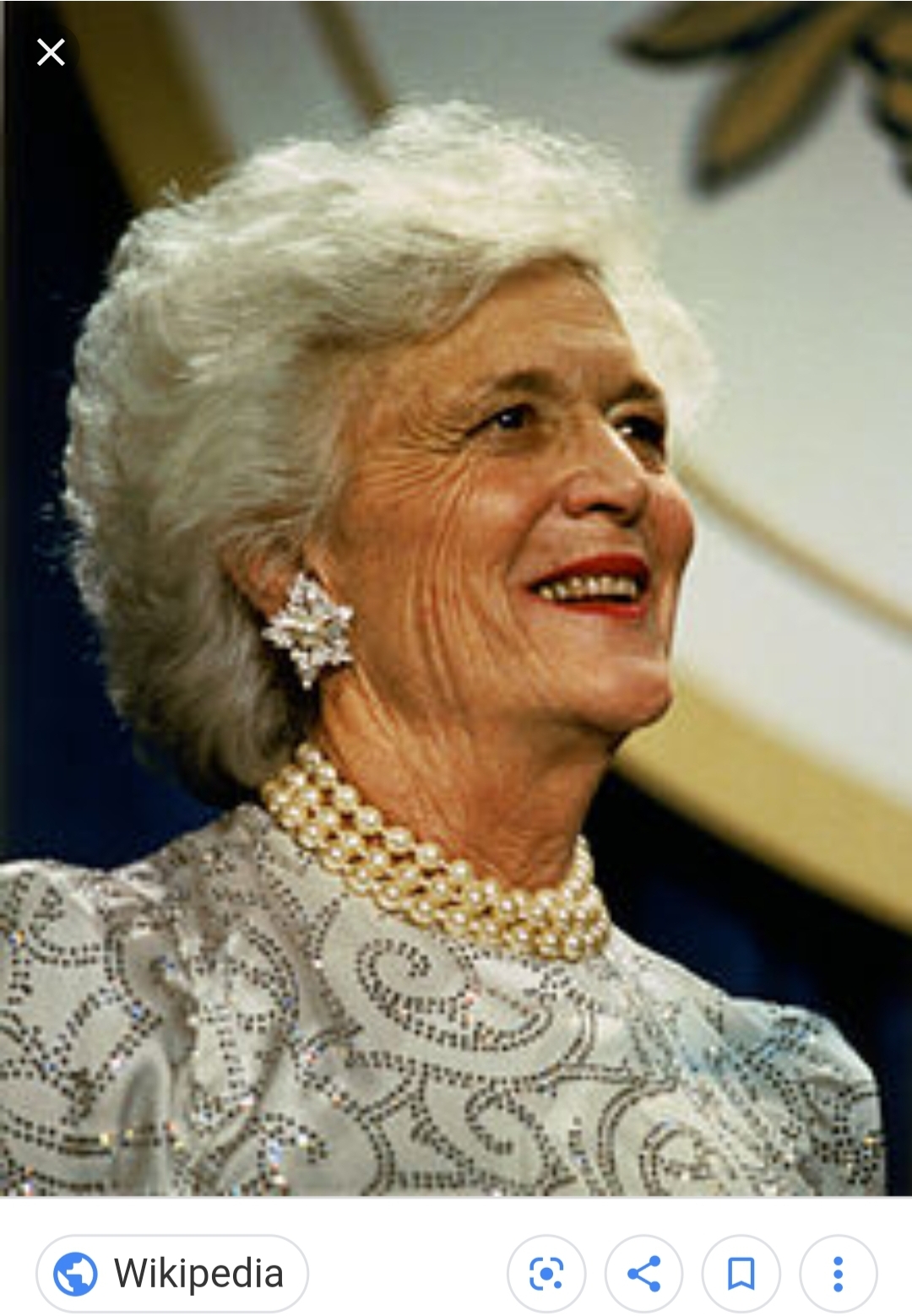 Barbara met her husband when she was sixteen and they were engaged a year and a half later—George then left to serve as a navy bomber pilot in World War II.

Two weeks after he returned home, they married; they had six children. Their daughter Robin died just before her fourth birthday from leukemia.

In forty-four years of marriage the family would move twenty-nine times.

As First Lady (and Second Lady before that) her chosen issue was literacy. She also worked to help the homeless, spread awareness of AIDS, and to volunteer to help the elderly and school volunteer programs.

Her husband would pass away only a few months after her.