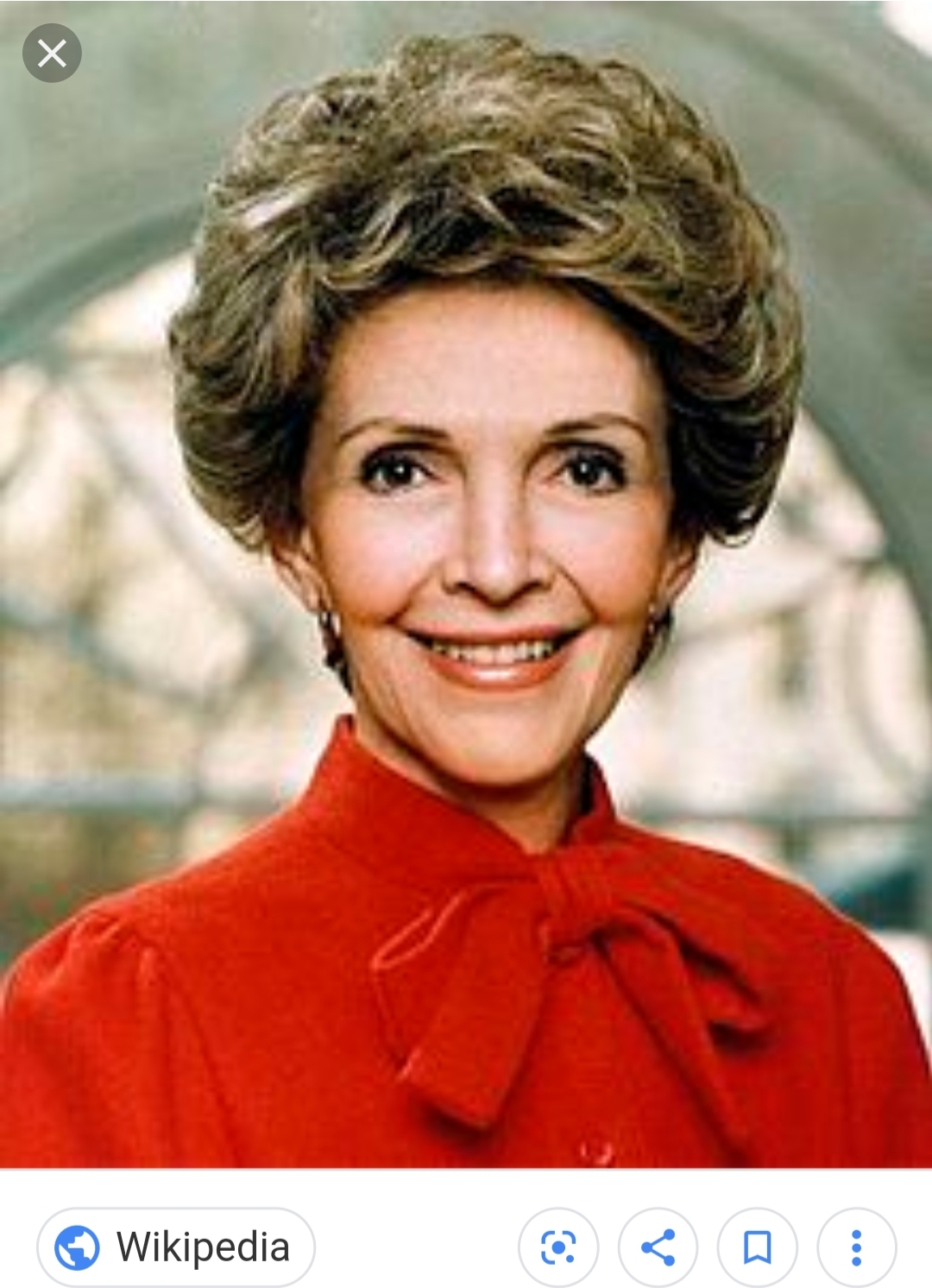 She was much more conservative than her husband Ronald who was a former Democrat.

They were both former Hollywood actors turned politicians.

Nancy also founded the Just Say No anti-drug campaign which was her focus as First Lady.

After her husband was diagnosed with Alzheimer’s Disease, she also became an advocate for finding a cure.

Nancy earned her Bachelor of Arts degree in 1943.

In 1949 she was awarded a seven-year contract with MGM however she was soon blacklisted as a potential Communist which is laughable if you actually study her political leanings to any degree—the mix up came from the fact another actress with her same name was a bit of a communist.

Nancy contacted Ronald Reagan for help because he was serving as the President of the Screen Actors Guild at the time.

They began dating but were not monogamous and saw other people however they did marry in 1952.

She faced much negative press as First Lady of California and then the United States for being snobbish and over spending. Public opinion changed somewhat after she began her drug trafficking battle and while campaigning against drugs in several countries and in front of the United Nations.

She also underwent a mastectomy to battle breast cancer.

Nancy was an advocate for stem cell research after her husband’s death.

Killing Reagan: The Violent Assault That Changed a Presidency by Bill O'Reilly and Martin Dugard