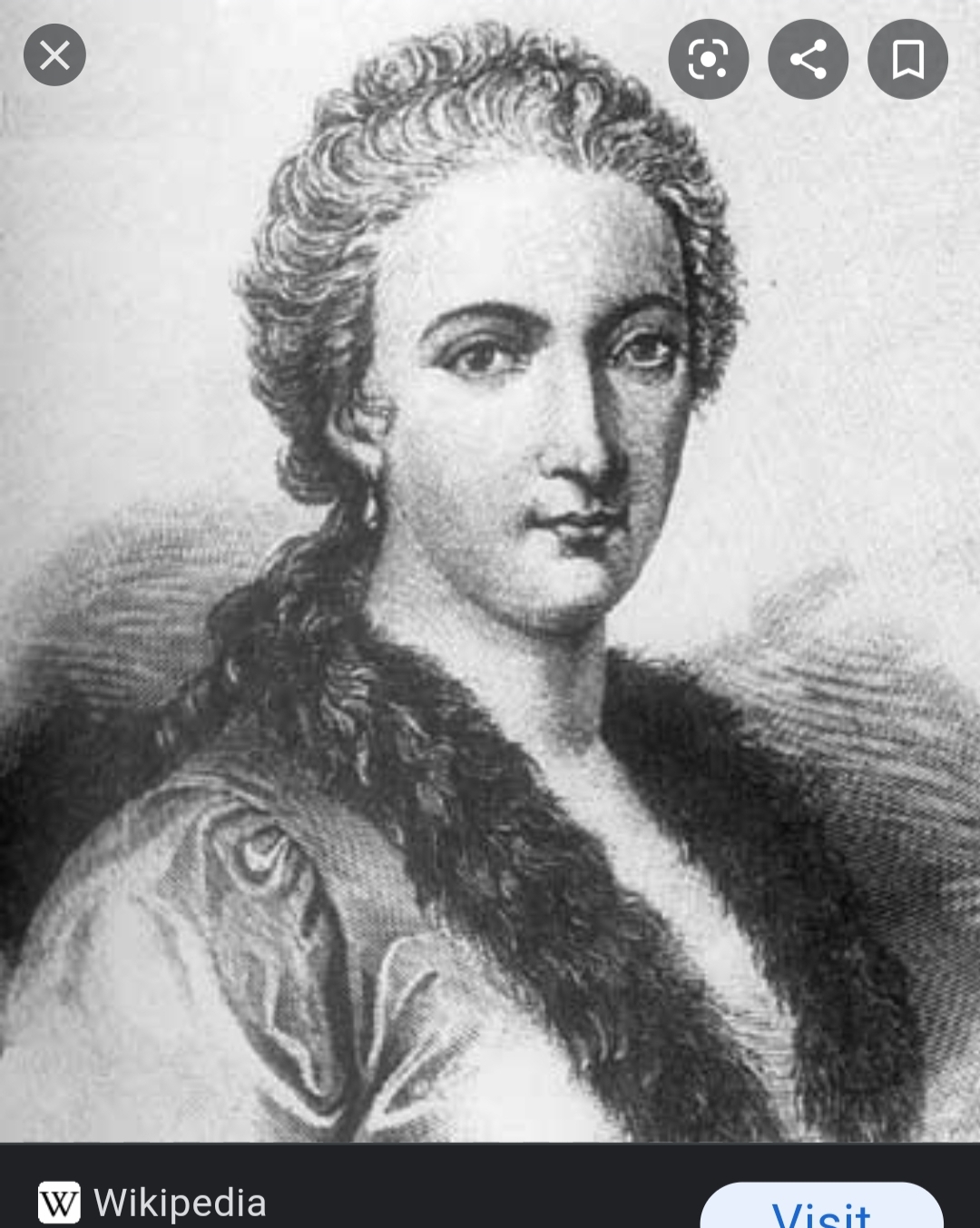 “The human mind contemplates [the virtues of Christ] with marvel. The heart imitates them with love.”

The First Woman to Write a Well-Known Calculus Textbook

Maria was a linguist, mathematician, and philosopher. She is most known among mathematicians these days for her formula, the Witch of Agnesi, which is still taught in Calculus classes today. Though some articles will claim Maria was also the first female mathematics professor, this isn’t exactly true. She was granted an honorary position on the faculty of the University of Bologna by Pope Benedict XIV, but she never actually taught there. Nor do any records indicate she even visited the city of Bologna during her lifetime.

According to Smithsonian Magazine, (article linked below): That a devout Catholic woman who dedicated decades of her life to serving the poor should be perpetually associated with a witch via a curve she didn’t even invent is ironic to say the least. But in some ways it feels fitting. “It really is like a Freudian slip of the mathematical imagination to make the Italian word ‘curve’ into the Italian word for a diabolically possessed woman,” says Stanford University science historian Paula Findlen. “It’s a great mathematical joke.” Whether he was being deliberately punny or not, Colson’s mistranslation has cemented Agnesi’s place in calculus classes.

According to several sources, Maria was the oldest of her father’s between twenty-one and twenty-three children (he had three wives, but even still—dang!). She was extremely well educated in mathematics as well as languages. Maria was fluent in Greek, French, Latin, Hebrew, Spanish, and German, most of which she had mastered by the age of eleven. Alongside her younger sister, Maria Teresa—a musical prodigy in her own right, Maria Gaetana would give lectures on various scientific fields with her father’s urging. The two sisters would draw attention to the family and elevate their social standing.

Maria never married and instead wrote and published a collection of essays expressing her wish for women to be educated. After her mother died, Maria had to take over as head of the household for her father, and some scholars believe this is why she never married. However, another source points out that around this same time, Maria told her father she intended to become a nun. While that wish never came true, Maria did devote the rest of her life to charity and other devotional works within her church.

When Maria was thirty, she published her math textbook entitled Instituzioni analitiche ad uso della gioventù italiana (Analytical Institutions for the Use of the Italian Youth). The book was groundbreaking, not least because it was written by a woman, but also because it was one of the most in-depth calculus books ever written (the first calculus textbook to be written about both differential and integral calculus) and the book was published in Italian. At the time, the vast majority of scholarly pursuits were written in Latin, but Maria decided to write the book in Italian so that it would be more accessible to a wider variety of students.

Maria spent the last forty-seven years of her life using her considerable wealth opening homes and caring for the less fortunate. She gave up her work with mathematics entirely after the death of her father, and some scholars also believe she only ever worked in the field to begin with because of her father’s urgings. Maria’s true passion was seemingly in charitable works and helping the less fortunate.

She eventually became the director of the women’s section of the Pio Albergo Trivulgio; which was a shelter for the poor and sick at the time. She eventually passed away in one of the very poorhouses she herself had once worked.

Though Maria isn’t a saint in the Catholic church, her devotion to God and religion were profound. Today, modern scholars have a hard time separating the religiously attuned woman from the mathematician who was so talented but also so uninterested in further pursuing her field. Its hard to rectify a woman whose two sides were so completely different from one another, but Maria exemplified that very virtue.

Hypatia’s Heritage: A History of Women in Science from Antiquity to the Late Nineteenth Century by Margaret Alic