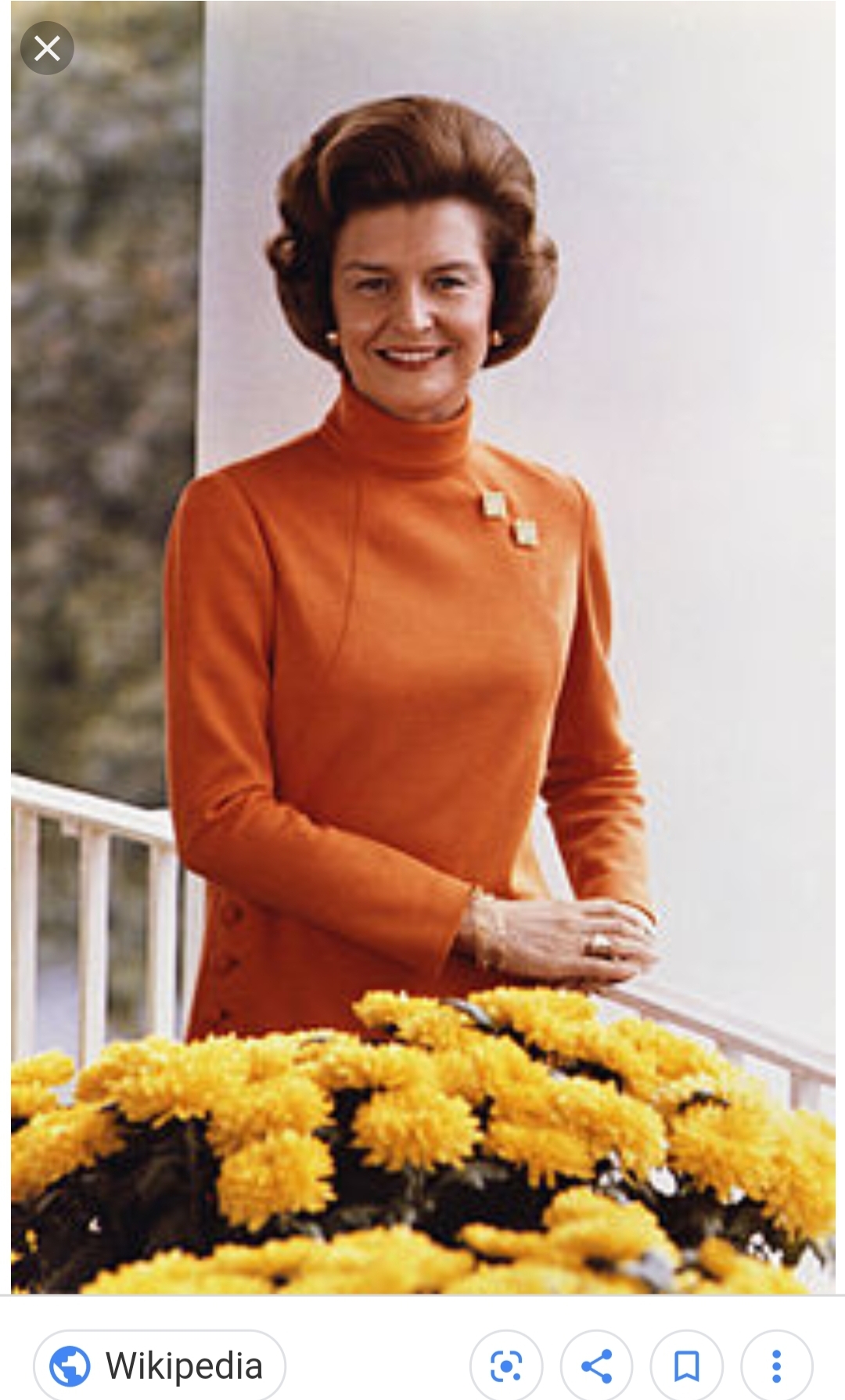 She was also the founder of the Betty Ford Center—a center designed to help people battle their addictions to alcohol and drugs.

Betty was a modern dancer and modeled on the side to pad her income after graduating high school.

Her first marriage lasted five years; and before she and Gerald had even married, she was helping campaign for him in his run for the House of Representatives.

They married in October and he won the election in November sending them to DC where they would live the thirty years. They had four children together.

Her husband became the first president who was never elected Vice President or President after the resignations of Spiro Agnew and Richard Nixon.

Betty became addicted to pain medication after suffering from a pinched nerve and arthritis of the spine.

She had a mastectomy performed on her right breast weeks after moving into the White House; she would also do rounds of chemotherapy but decided to be honest about her illness inspiring women across the country to get mammograms and examinations from doctors.

In 1978 after leaving the White House she agreed to enter a prescription treatment program in California—founding the Betty Ford Center in 1982.

She was awarded the Presidential Medal of Freedom in 1991 from President George HW Bush for her work in addiction counseling.

Betty would write two books about her life experiences.

Time Magazine's 100 Women of the Year (Betty appears in the 1975 article, "American Women”)