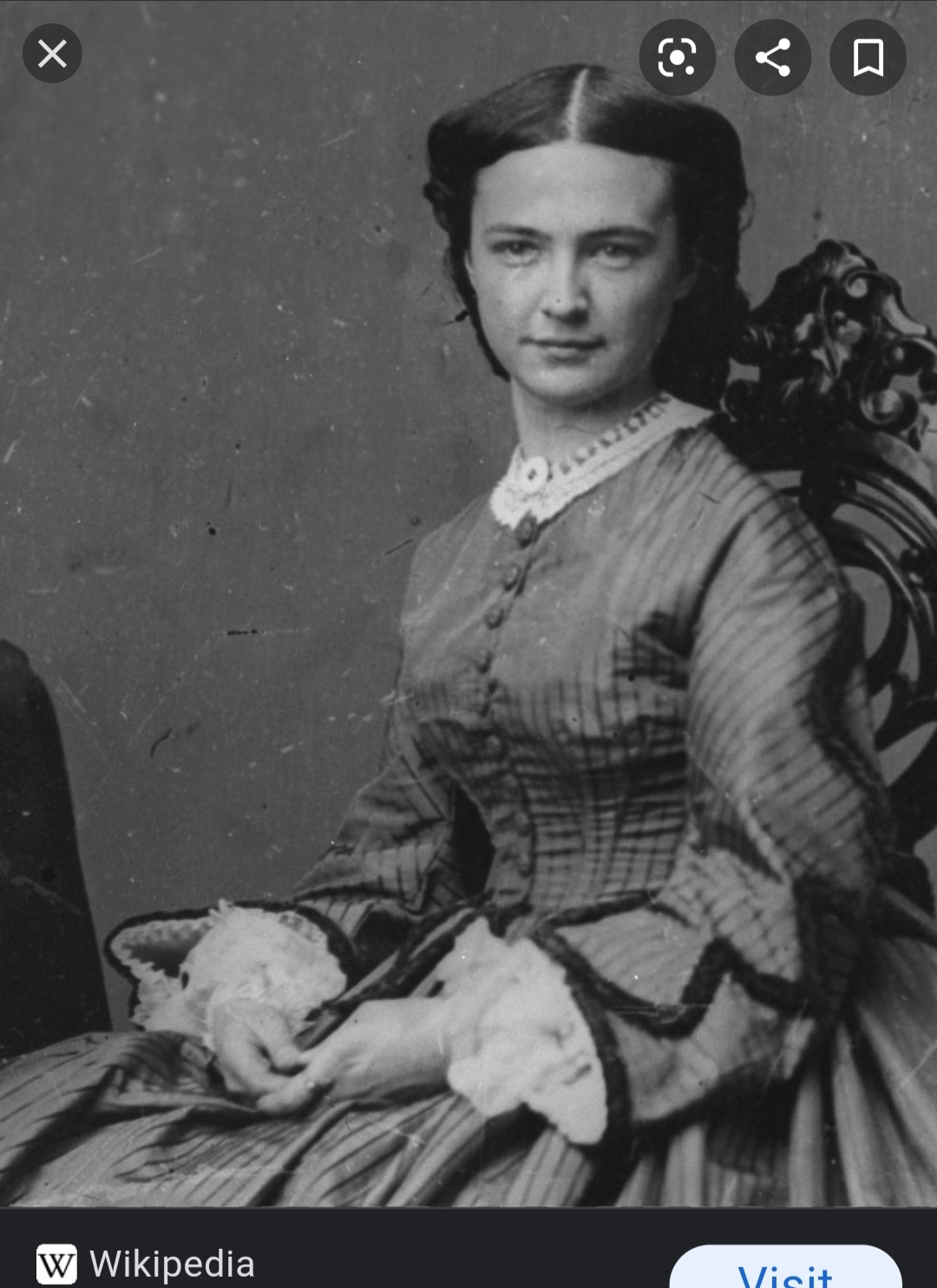 “Yes, I love him devotedly. Every other man seems so ordinary beside my own bright particular star.”

That’s right, Elizabeth (or Libbie/Libby [spellings differ], as she was known to friends and family), was the wife of now infamous General George Armstrong Custer.

Elizabeth graduated valedictorian from her school. She met her future husband when she was only twenty, in the middle of the War Between the States. Elizabeth was immediately attracted to the West Point graduate, however, her father refused to allow the pair to marry because he didn’t believe George’s own family had a good enough standing in the community in comparison to his own. Another reason for her father’s overprotectiveness stemmed from the fact that Elizabeth’s mother as well as her sisters had all died when she was still just a child. When George was promoted to brevet brigadier general two years later, Elizabeth’s father finally agreed to the match; and Autie and Libbie, as they affectionately referred to one another, were married soon after.

Elizabeth followed George whenever possible, and spent many nights in the field as an army wife. However, the pair were often separated for long periods of time as well, much to their chagrin.

When George and the rest of the seventh cavalry left to head off to their destiny at the Little Bighorn River, Elizabeth watched them go while the band played “The Girl I Left Behind.” She would never see her husband alive again.

Elizabeth become a widow at only thirty-four and lived off her husband’s pension for a while but it wasn’t enough money to support herself. So, she took up writing and lecturing to support herself instead. Elizabeth nearly single-handedly created the bigger than life myth of “General Custer,” in an effort to bolster her late husband’s reputation. She wrote three books about her husband and his career as well as a children’s book. Elizabeth made her life mission to counter or even disprove President Grant’s insinuation that the 7th Cavalry’s loss at the Battle of Little Bighorn was solely General Custer’s fault.

At the time of her death, Elizabeth was attempting to get Congress to open a museum near the Little Bighorn Battlefield. She outlived her husband by fifty-seven years and never remarried. Elizabeth was buried alongside her husband at West Point’s cemetery.

Tales Behind the Tombstones by Chris Enss