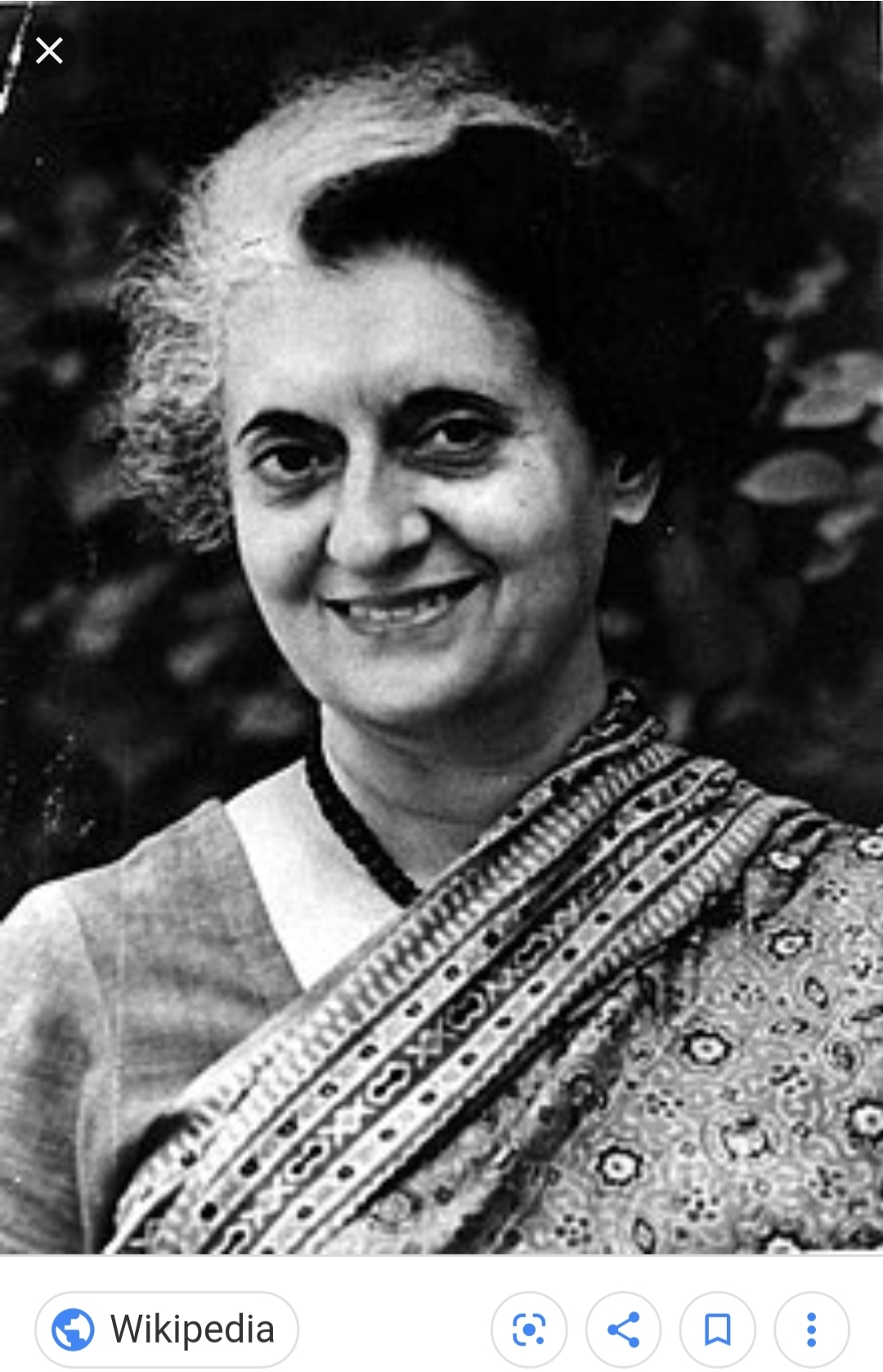 India’s First (And Only as of 2022) Female Prime Minister

Indira was the only child of the man who served as Indian’s first Independent Prime Minister and was essential in the struggle for independence from Britain.

Her grandfather was a friend of The Gandhi and an independence advocate.

Indira married in 1942 and had two children with her husband but they spent much of their time apart, both very involved in politics.

In 1954 she was named President of the Congress Party.

In 1964 Indira also became a member of the Rajya Sabha (The Upper Chamber of Indian Parliament).

She was also named Minister of Information and Broadcasting under Prime Minister Shastri.

In 1969 she was expelled from the Congress Party due to political infighting so instead of just taking it she made a new faction—The New Congress Party and managed to hang onto power.

She was a strong supporter of East Pakistan gaining independence—which occurred with the creation of Bangladesh (she was also the first government leader to recognize Bangladesh as an independent country).

In 1975 Indira was found guilty of tampering with elections and lost her seat in parliament and had to stay out of politics for six years. After losing her appeal she declared the country into a state of emergency taking emergency powers and throwing political opponents into prison (because, despite losing her seat in Parliament, she was still Prime Minister—confusing I know).

Among her more radical moves during this time was to begin sterilizing large swaths of people as a form of birth control.

After dropping the emergency state after two years she was quickly ousted from the office of Prime Minister.

Her first son, who had been chosen to be the political successor to his mother, was killed in an airplane crash so she turned to her younger son (who would eventually marry Sonia Gandhi), to take the place instead.

Tensions escalated once she returned to the office of Prime Minister between the Indian Government and Sikhs. The Sikhs were seeking their own country and both sides were growing violent, however the violence was nothing compared to what was about to happen.

In 1982, many Sikhs occupied an extremely holy temple complex (Harmandir Sahib or Golden Temple). Sonia ordered they be removed by force and at least 450 Sikhs were killed in the onslaught.

Five months later she was assassinated by two of her own Sikh bodyguards in an act of revenge for the deaths. Her second Son Rajiv succeeded her as Prime Minister.

Time Magazine's 100 Women of the Year (Indira appears in the 1976 article, "Indira Gandhi”)