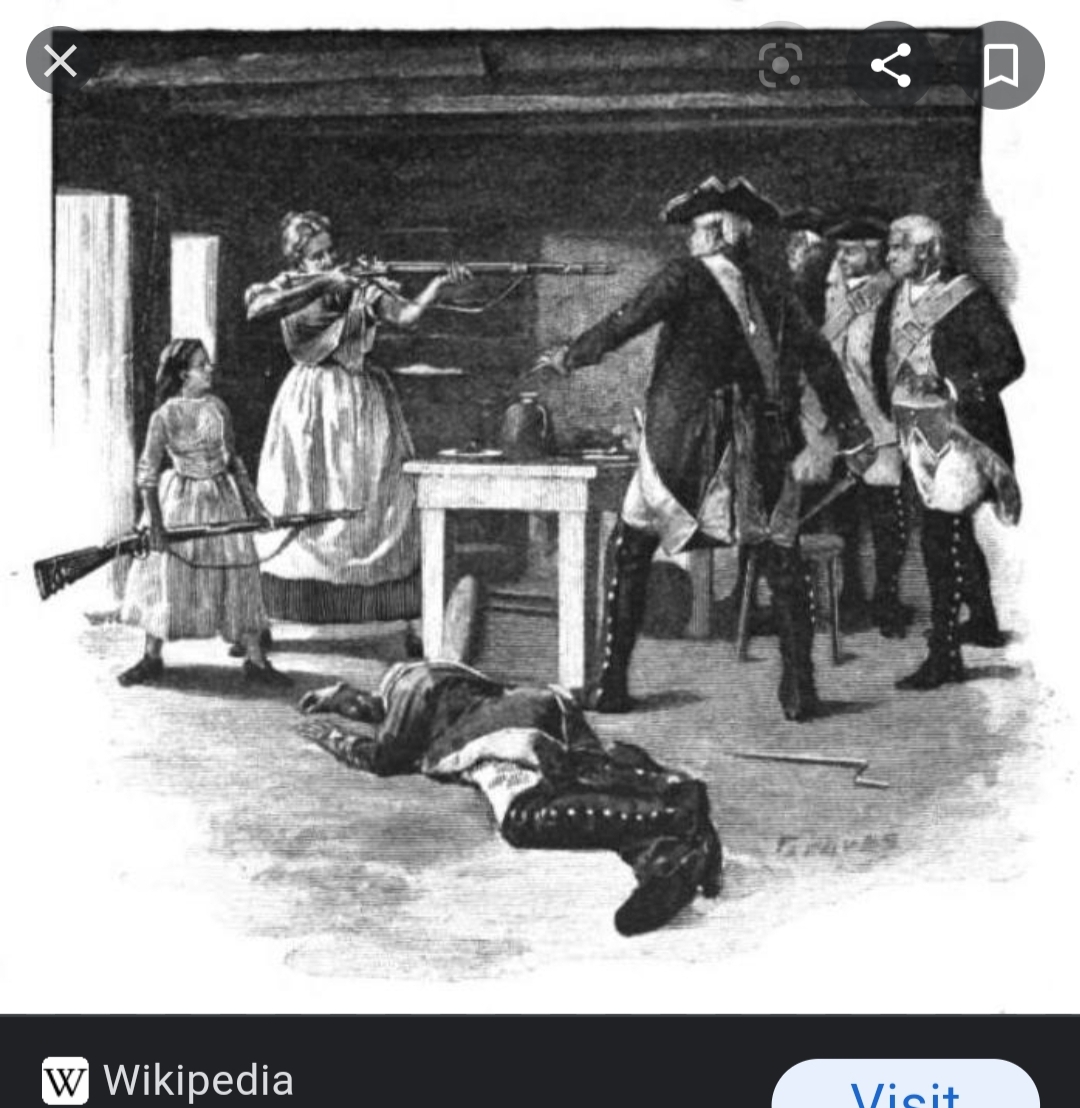 Spy, Scout, and Soldier During the American Revolution

Nancy made it her personal mission to rid Georgia of the Loyalist Tories by possibly capturing six, killing one, and overseeing the hanging of five others.

She reportedly gave birth to six sons and two daughters despite the fact that she didn't get married until she was in her mid-thirties.

Nancy was a formidable woman. She was reportedly six feet tall and muscular with bright red hair leading the Cherokees to calling her Wahatche; meaning War Woman. Nancy might have been a relative of either Daniel Boone or Daniel Morgan (though the evidence for both is not really existent). She was illiterate, a skilled herbalist, hunter, excellent shot, and was cross eyed as well. As if her other characteristics weren’t memorable enough.

Despite these descriptions, no verifiable images of Nancy's likeness survive to this day. You simply have to use your imagination when you think of her. In a way I think that makes it better.

During the course of the war, Nancy managed the family farm while her husband was away fighting for the Americans. Evidently Nancy was restless though and she often snuck off to spy on the British by posing as a feeble-minded man. Some reports state she was even present for the Battle of Kettle Creek in 1779.

It is said Nancy’s daughter caught someone spying on them through a hole in the wall so Nancy chucked hot soap at the poor guy. Apparently scalded by the soap, Nancy was able to capture and then tie him up before handing the poor sap over to the Patriots for a bit more fun.

After some British soldiers came into Nancy’s home and demanded food from her (possibly even killing her last turkey and demanded she cook it for them) Nancy started stealing their guns and when caught threatened to shoot the soldiers. She actually did kill one soldier and wound another when they rushed her. The rest of the soldiers were hung once her husband got home to help Nancy finish them off.

Now, in case you think that last story sounds a bit outlandish, it’s important to note that reportedly in 1912, six bodies were found buried near the house, leading some to believe they were the soldiers killed by Nancy and her husband that fateful day.

According to Battlefields.org (article linked below):

“In the decades after the Revolution, many of Hart’s adventures became the stuff of legend and inspiration. During the Civil War, a band of Georgia women formed a militia unit named in honor of Nancy Hart, illustrating how the legacy of Hart’s heroism has lived on. Today, the state of Georgia has memorialized Hart in several ways, including one of the state’s counties, a state park, a lake, and a highway. In the 1930s, the Daughters of the American Revolution reconstructed the Hart’s cabin, which had been washed away in a flood many years before, in order to commemorate one of Georgia’s most famous female Patriots. Nancy Hart, like many American frontierswomen, played an important role not only in defending her family and community during the War for Independence but also in shaping the memory of the American Revolution in ways that still resonate today.”

*I have decided to list Nancy under “North Carolina” for her birth location because of her Find a Grave profile which states North Carolina. Evidently the profile is managed by one of her descendants—though the message they have in relation to her burial itself is hostile in nature to say the least.