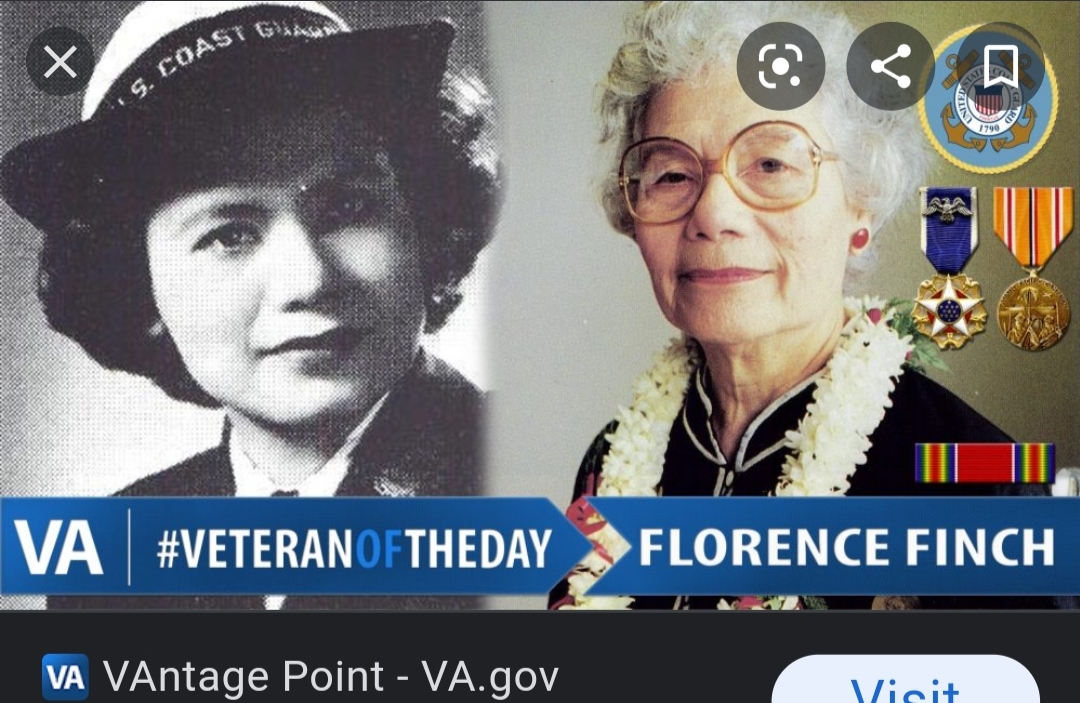 “I feel very humble because my activities in the war effort were trivial compared with those of people who gave their lives for their country.”

Florence’s mother was Filipino and her father was an American who decided to stay on in the Philippines after the conclusion of the Spanish/American war.

Florence married in 1941, however her husband was killed in action a year later fighting for the Allies in World War II. Soon after, Manila fell to Japanese invasion forces.

Having Filipino citizenship allowed Florence to avoid detection from the Japanese. Florence was put to work writing vouchers for distributing fuel which allowed her to pass information on to the rebels as well as supplies. She also helped sabotage the Japanese several times as well.

Florence was captured and sentenced to three year of hard labor in a prison camp after being tortured for information, but she was freed during the American Liberation.

After arriving in the United States, she joined the US Coast Guard Reserves in July 1945. Florence stated her reason for enlisting was to avenge the death of her husband. Her time in the service ended in 1946 after the conclusion of the war.

Florence married for a second time and raised a family in New York.

Florence was the first woman to be honored with the Asiatic-Pacific Campaign Ribbon. She was also a Medal of Freedom Recipient. An administrative building on a US Coast Guard base in Hawaii was named after her.