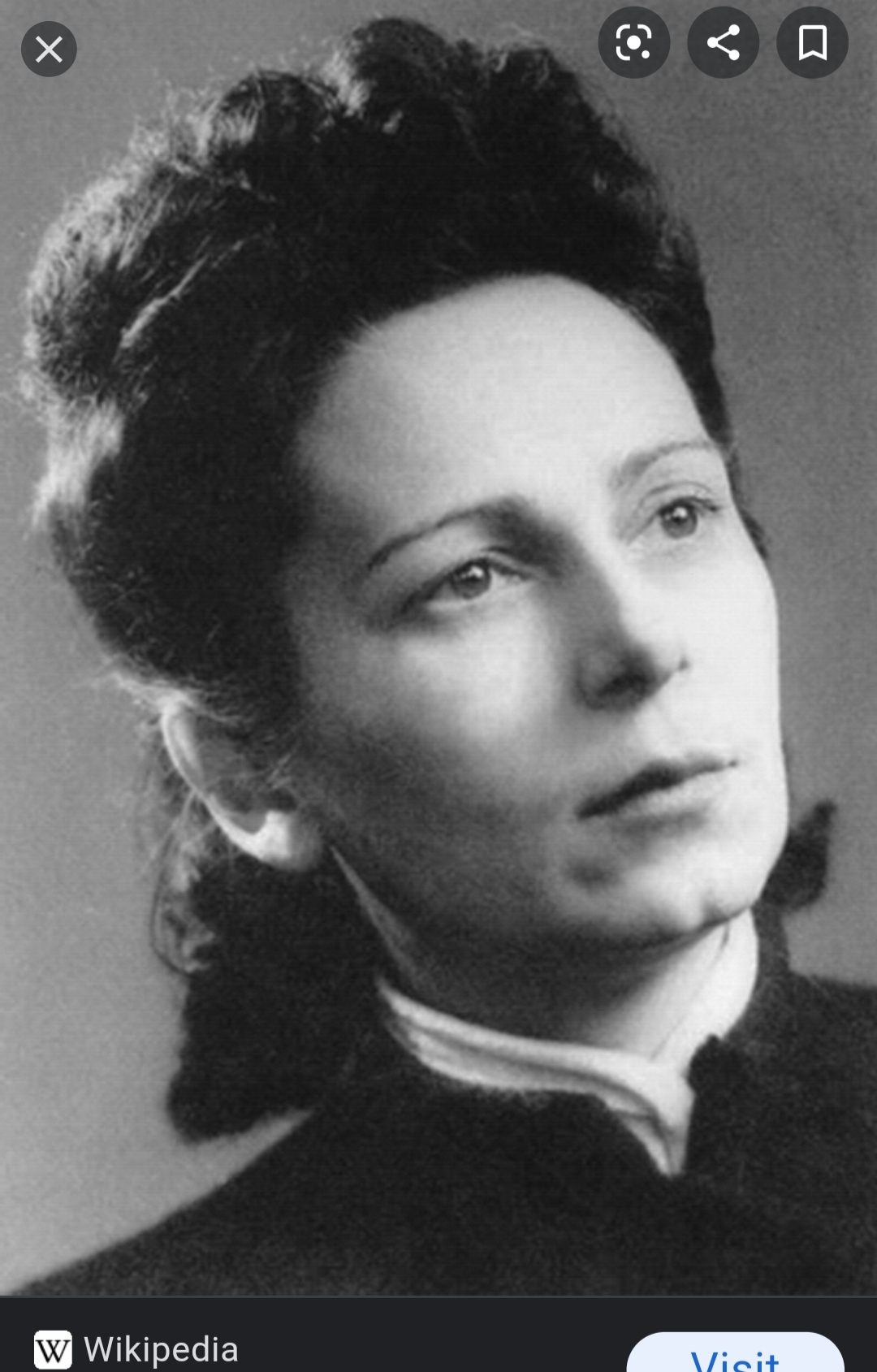 Poet, French Resistance Fighter and co-founder of the Armée Juive

Full Disclosure: The majority of easily accessible website articles about Ariadna are kind of sketchy and have lots of grammar/spelling mistakes. While Ariadna was definitely a real person, I’d like to put out there that the details should be taken with a grain of salt and that a more in-depth search of Ariadna’s story should be taken if you would like to use her story for a school project or anything like that.

With all that said…

Ariadna was born to Russian immigrant parents in Italy, but when they died while she was still young, she moved in with a relative in Paris (one source says an aunt while another says an uncle).

Ariadna’s father was the famed Russian composer, Alexander Scriabin. Because of her father’s early influence on her life, Ariadna spent her early adult years writing and publishing poetry.

Ariadna was married three times throughout her short life. According to Wikipedia, she had two daughters (as well as suffering a miscarriage) during her first marriage. Ariadna had one child with her second husband (but evidently lied and told him the child wasn’t his—he only learned the truth many years later). Finally with her third husband Ariadna had several more children, though Wikipedia doesn’t say exactly how many.

Ariadna was a devoted Zionist and was rightly angered and upset by the growing cases of anti-Semitism throughout Europe at the time. One source claims Ariadna was so devout in her beliefs, she went so far as to advocate for the forced removal of the Arab people from the land that would one day become Israel.

In 1939, Ariadna and her husband Dovid began publishing a Jewish themed newspaper in Paris. The paper advocated for their Zionist beliefs as well as covering the news of the growing anti-Semitism across Paris and the rest of Europe.

At the outbreak of World War II, Ariadna and Dovid officially registered their marriage (though they had been acting and living as a married couple for a few years already). Dovid was sent off to fight in the war, meaning the newspaper had to shut down. Ariadna officially converted to Judaism at this time, leaving her Christian roots behind, and changed her name to Sarah.

By then, Ariadna had several young children she was attempting to now raise as a single parent. Instead of fleeing France to an unoccupied country, she moved instead to meet up with her husband in Toulouse, bringing the children with her. Unfortunately, life was difficult in the city, and the anti-Semitic rhetoric was fierce. Ariadna and her husband stopped speaking Russian, even at home with the children, and switched to communicating in French instead. Around this time, they attempted to flee to South America, but their efforts were unsuccessful.

Around this time, Ariadna and Dovid founded the organization that would become the Armée Juive (Jewish Army). The group was created in order to help bolster Jewish aid in the occupied country, doing whatever they could to help the Jews in France, albeit secretly.

Ariadna created the oath all Armée Juive members had to take upon joining. By the end of the war, the organization had around 2,000 members. The Armée did everything from bringing food to Jewish prisoners, helping Jewish children and adults escape France to safety in other countries, and even helping stockpile weapons and sabotage the Nazi regime in any way they could.

Ariadna herself was involved in the transportation of Jewish children whose parents had been deported to camps. This was one of the most dangerous tasks the Armée carried out, but the work was rewarding for obvious reasons.

Ariadna continued to work with the Armée even after her husband was captured and deported; Ariadna was pregnant at the time.

In 1944, the Armée Juvie began working alongside the actual Allied forces in order to help with the liberation of occupied France. When representatives of Armée Juvie were attempting to travel to London to meet up with British government agents, they were captured by the Gestapo and tortured for information. Soon after, twenty-five Armée Juvie agents were subsequently captured.

Three weeks before the liberation of Toulouse, Ariadna was caught on a city street along with another Armée Juive agent. A struggle ensued and the Gestapo killed Ariadna in the midst of the fight. Her companion escaped and went on to tell the tale of how Ariadna was killed. At the time, Ariadna’s youngest child was only a year old.

Ariadna was posthumously awarded the Croix de Guerre and the Médaille de la Résistance for her efforts in the war.