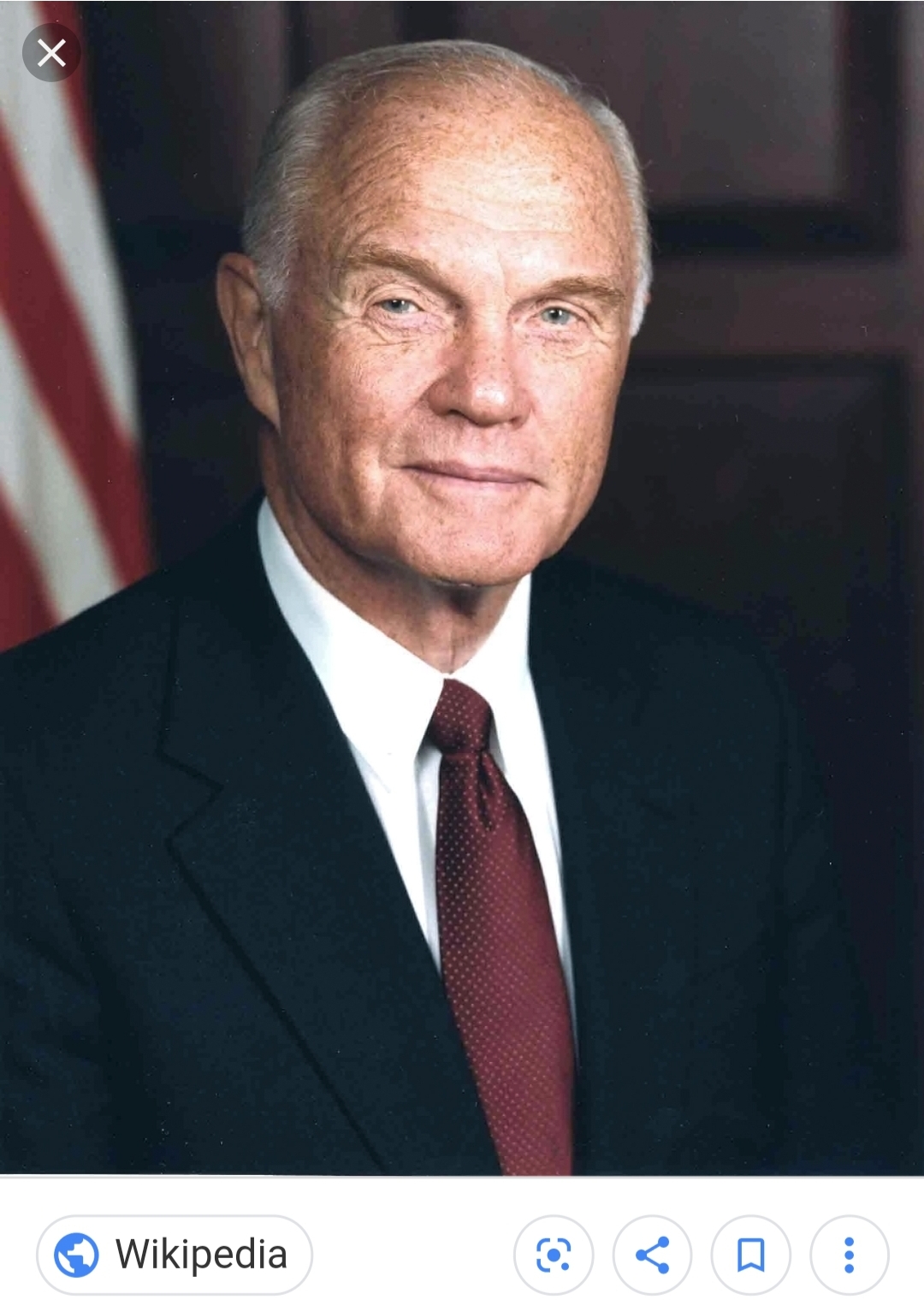 “John Glenn winked at me!”

US Senator, the Oldest Man to go to Space, the first man to step foot on the moon, and the first American Astronaut to orbit the Earth.

John was one of the seven original NASA Mercury Astronauts. When he went to space in 1998, he was seventy-seven years old! But before any of that could happen, he entered the Naval Aviation Cadet Program in March of 1942. After graduation, he entered the Marine Corps in 1943. During World War II, he flew fifty-nine combat missions.

After World War II, he continued to serve in the US Armed Forces, both in teaching roles and training in amphibious warfare. During the Korean War he would fly ninety combat missions with two different squadrons.

For three years afterward, from 1956 to 1959, John tested a variety of different aircraft for the US Government.

In April of 1959, John and six others were selected for the astronaut training program, and officially entered mainstream history. In 1969, John would become the first man to set foot on the moon. He resigned from the Astronaut corps in 1964, and the Marines in 1965. In 1974, he was elected to his first term in the US Senate from his home state of Ohio. He would serve four terms in the US Senate but would fail in his bid in trying to secure the Democratic Nomination for President in 1984.

He was awarded the Presidential Medal of Freedom in 2012.