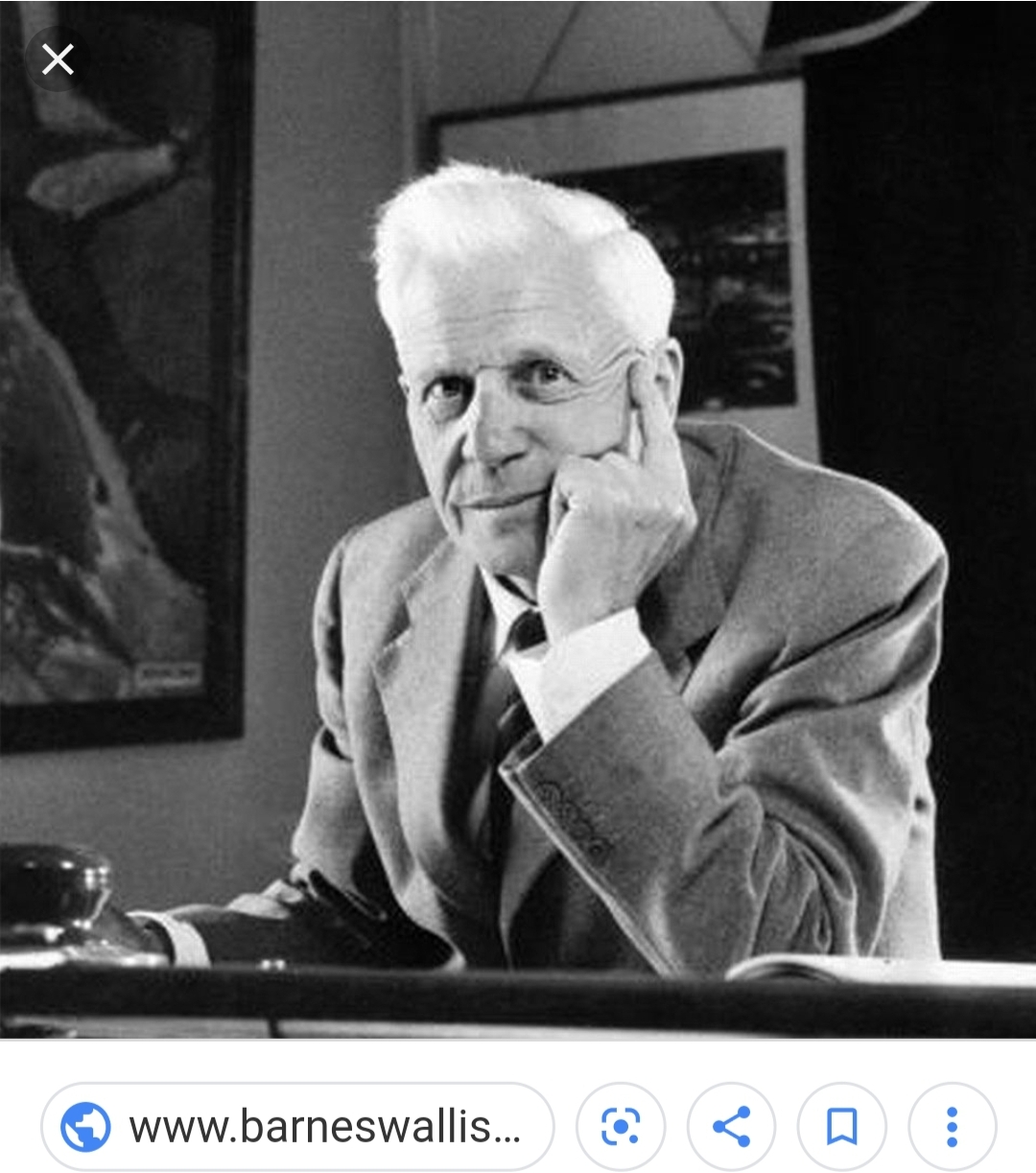 Creator of the Bouncing Bomb

The Bouncing Bombs were originally created for the Dambusters Raid (Officially Operation Chastise) and the Earthquake Bomb which destroyed Hitler’s Super Gun. He worked on other aircraft as well, and after the war worked on supersonic and hypersonic aircraft.
Barnes was an aviation engineer and started working in the field in 1930 (he’d been working as a marine engineer since 1913). During World War II, he worked as the assistant chief designer in the aviation sector at Vickers’.
The Bouncing Bombs were designed to bounce over the water’s surface, then roll down the side of the dams they were targeting and then explode at the base.
In 1954, Barnes was named a fellow of the Royal Society of London for Improving Natural Knowledge, and in 1968 was knighted.