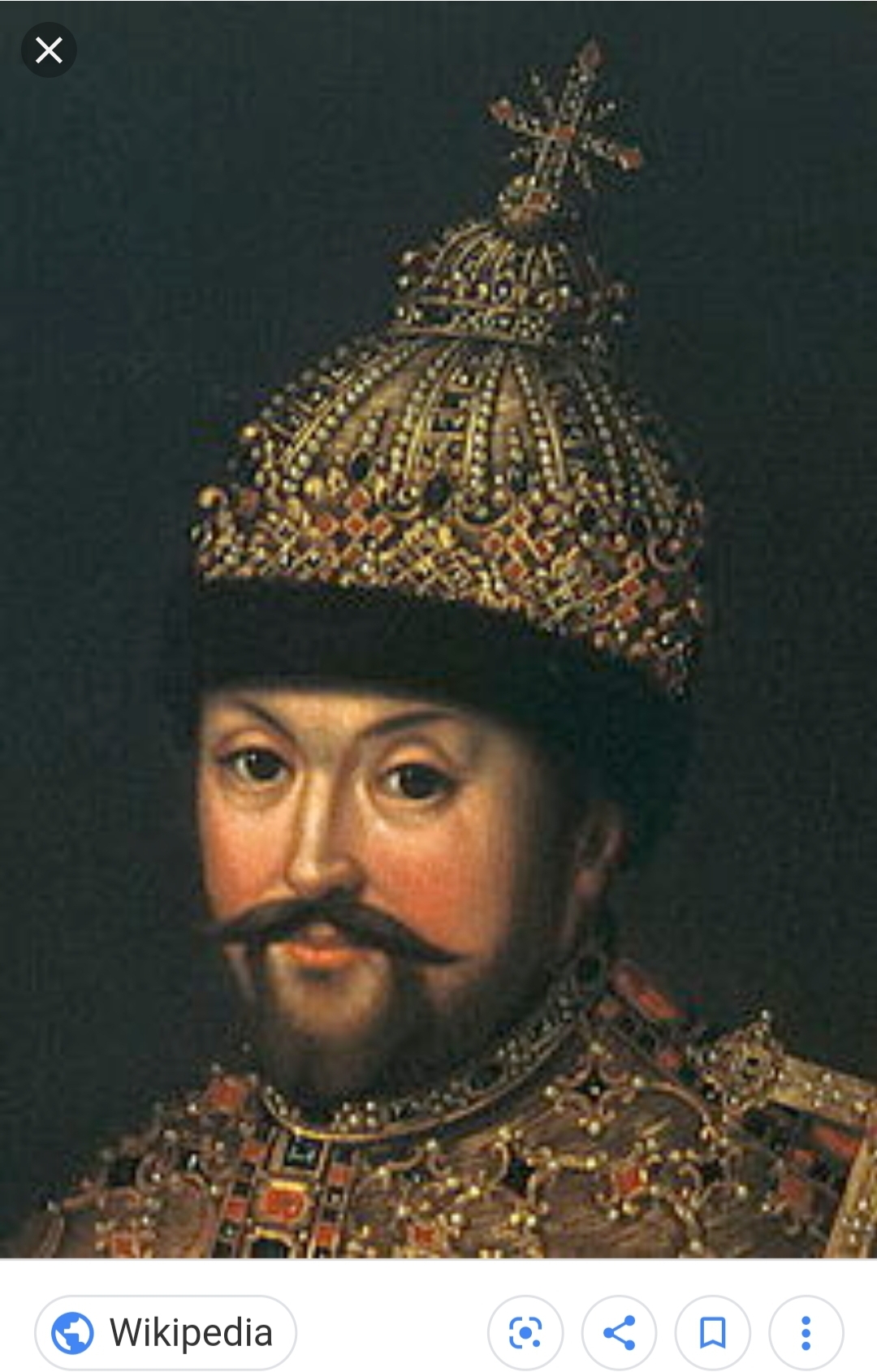 First ruler of the Romanov Dynasty

Ascended the throne at age sixteen after being chosen to rule. He ruled from 1613 to 1645. Mikhail was chosen to rule in part because of his relation to Fyodor I, the last tsar of the Rurik Dynasty. Mikhail was also related to Ivan the Terrible, as Mikhail’s grandfather’s sister was Ivan’s most beloved wife. Mikhail ascended the throne at the conclusion of what became known as the Time of Troubles in Russia; he was elected by the Zemsky Sobor—a precursor to modern Parliaments that included members from every class in Russian society, including peasants.

Early on in his reign, he allowed family members considerable controls of affairs, which brought peace to Russia and along saw treaties made with Poland and Sweden. From 1619 to 1633, Mikhail’s father ruled alongside him and completely dominated the government, but after his father’s death, his other family members again took control of the government.

During his reign, peace was secured in his country, but diplomatic, cultural, and commercial contact with Western Europe also increased, bringing about a new era in Russian history. His reign was not all sunshine and roses though, as the government also cracked down and strengthened the use of serfdom within the country.

After Mikhail died, the throne passed to his son Alexei, and then his son—Peter the Great. The Romanov Dynasty would continue until 1918, when Tsar Nicholas II and his entire family were murdered during the Bolshevik Revolution.