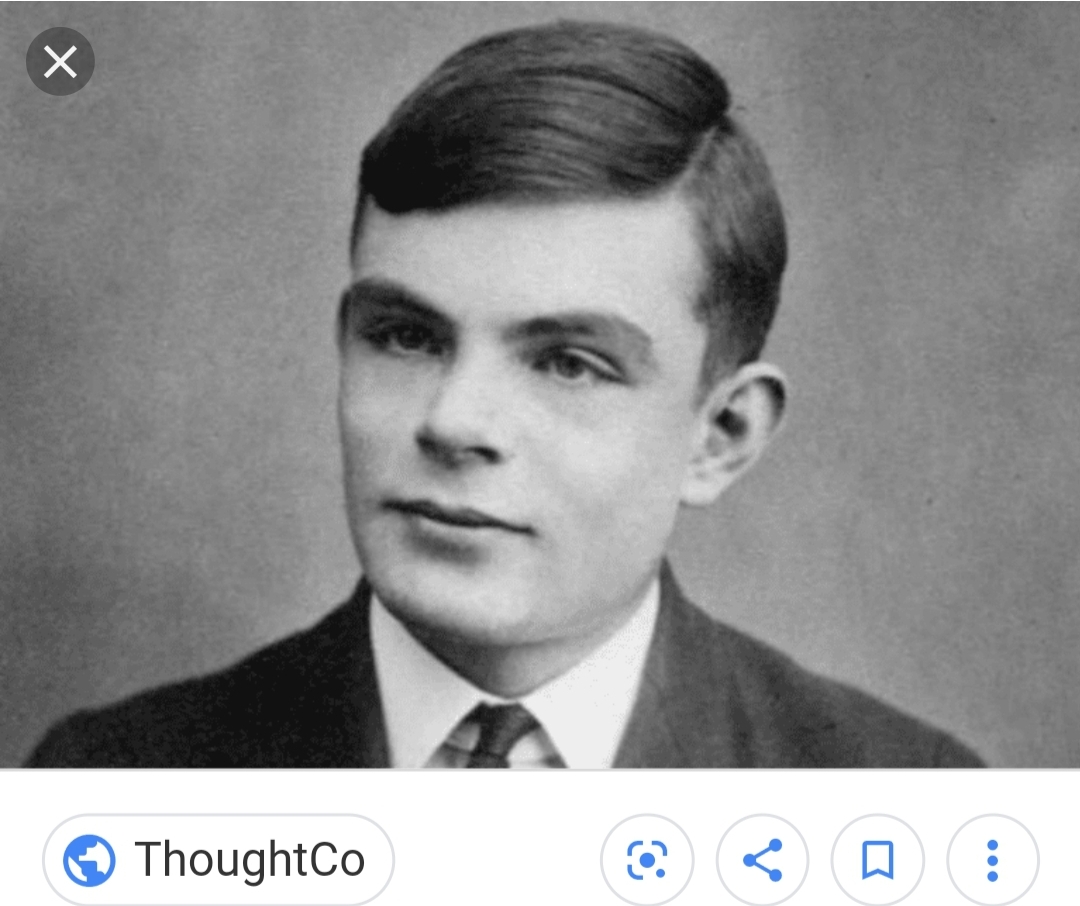 Brilliant Doesn't Even Begin to Describe Him

Today Alan is known as the Founder of Computer Science, though he wasn't known that way in his own lifetime.

He struggled in school and dealing with his family's demands on him, but he soon found solace in the sciences and a boy a year older than him named Christopher. The impact of Christopher and Alan's relationship was profound, and only became even more so by Christopher's untimely death in 1930. For at least the next three years, Alan spent his time positing the relationship between the mind, death, and matter itself (deeply philosophical stuff that hurts my head to think about).

I'll be honest with you from the get-go. Most of Turing's work is far too complex for my brain to understand--I am a Humanities Brain not a Mathematical one. Basically, Turing invented something called the Turing Machine which is the basis of modern computers.

During World War II, he was a part of the secret team of British codebreakers gathered to crack the German Enigma Code. They worked at Bletchley Park. His work there has been chronicled in the 2014 Film starring Benedict Cumberbatch: The Imitation Game, I've linked the trailer in this article.

While working at Bletchley Park Alan did in fact propose to Joan Clarke, but he later told her the truth. He could not marry her because he was homosexual.

Instead of going to prison Alan opted for injections for a year that would lower his libido, chemical castration. Around this time Alan also had his security clearance revoked as "known homosexuals" were not allowed clearance.

He was found dead after ingesting cyanide. Alan's mother believed it was accidental, but the coroner deemed it was suicide.

In July of 2019 it was announced that Alan will be featured on the £50 banknote in the United Kingdom, the note will enter circulation in 2021.