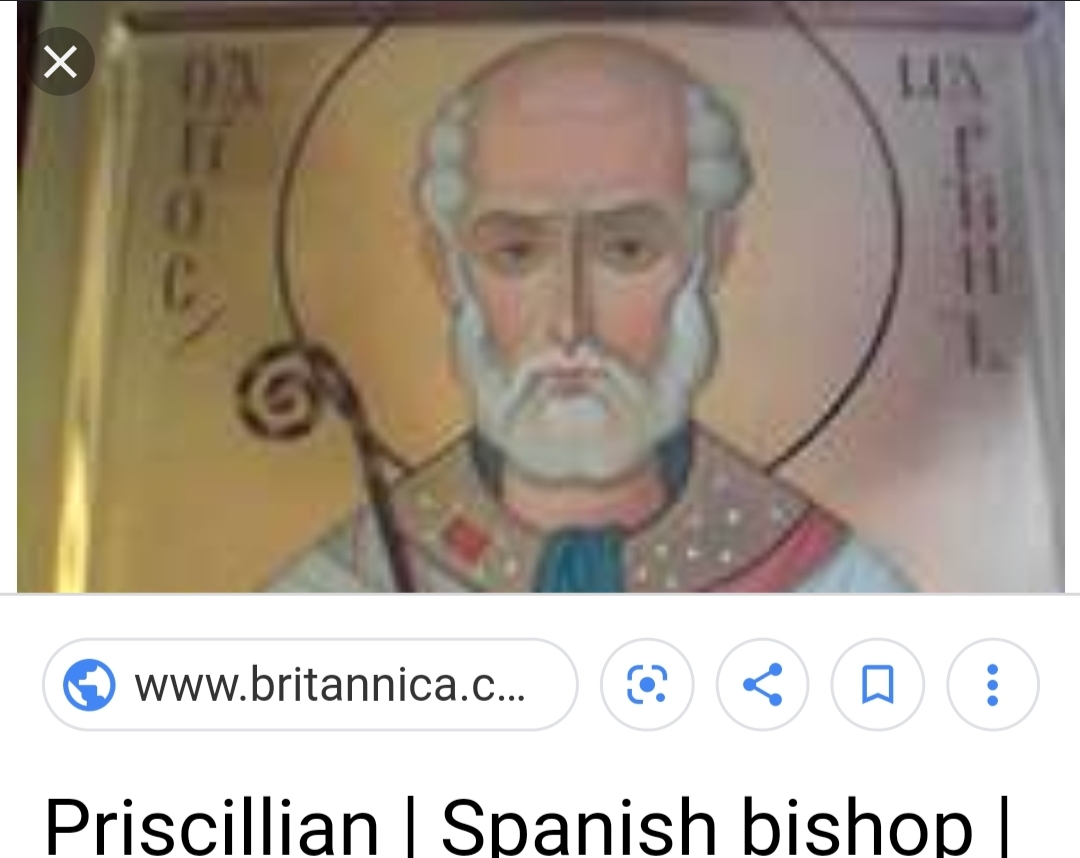 Spanish Bishop in the earliest centuries of Christianity, in Roman controlled Hispania.

He was the founder of Priscillianism, an unorthodox form of Christianity that persisted into the 6th Century (Much to the church’s dismay).

Priscillian taught matter was evil and the spirit good. He outlawed all sensual pleasure, marriage, and the consumption of wine and meat.

Among his other controversial viewpoints was that women should be allowed to be bishops as well as men.

Very little of his personal life is known. Historians know he was from a wealthy Roman Family, but beyond that, nothing.