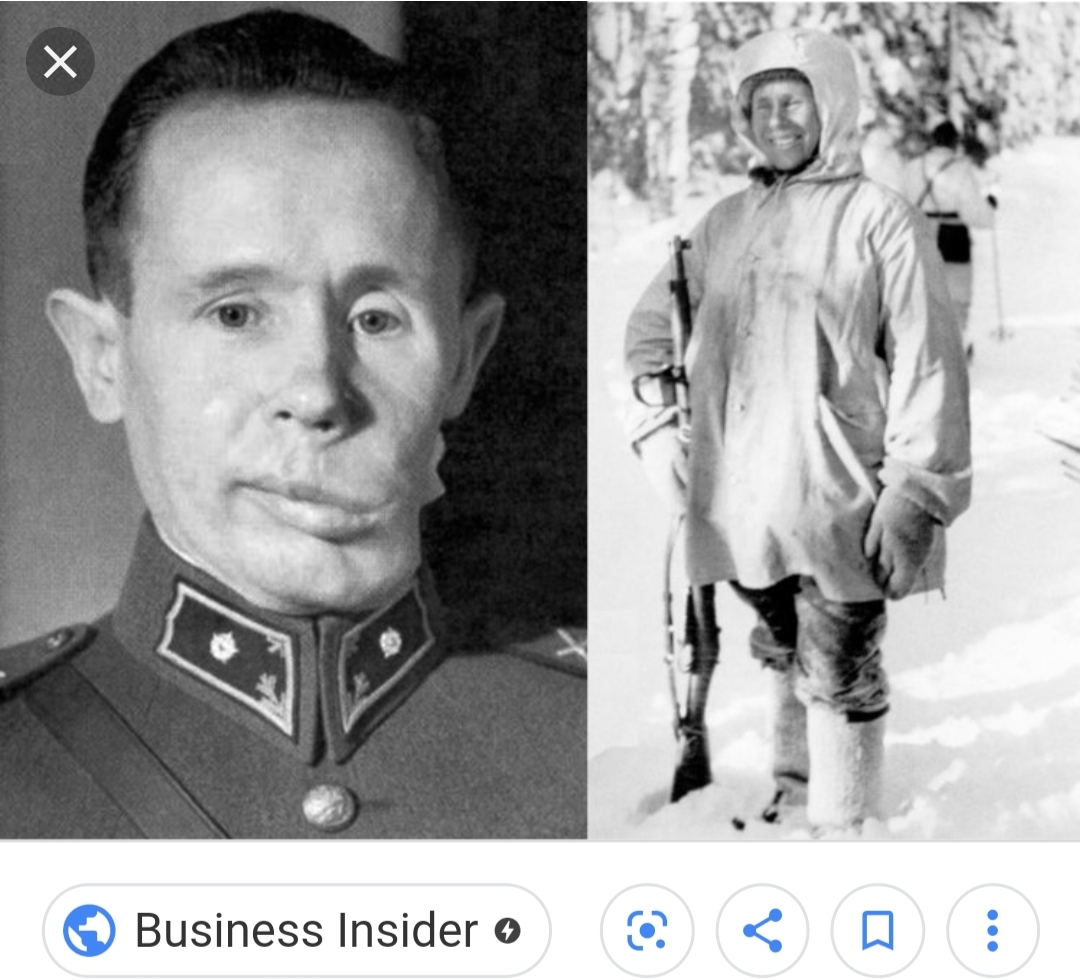 Possibly the Deadliest Sniper Ever

Historians use the word Possibly because his actual number of kills are in dispute.

He was nicknamed The White Death by the Soviet Red Army.

It is believed Simo killed over five hundred men during The Winter War of 1939-1940.

Simo grew up on a farm very near to the Russian Border in Finland. In 1925, he served one year in the Army as was required of men in Finland at the time. During his one year of service, he attained the rank of Corporal.

He then joined the Finnish Equivalent of the National Guard, called the Civil Guard. While serving with the Civil Guard, Simo focused his attention on bettering his skill at shooting. Soon he was able to hit a target sixteen times a minute from around 500 feet away.

In 1939, the Winter War occurred between the Soviet Union and Finland. This short war was the result of the USSR trying to invade Finland. The Finns were vastly outnumbered, and at one point there were reportedly only thirty-two Finnish soldiers to face 4,000 Soviets. However, the Finns won the day thanks to the Soviets being disorganized and unused to the cold that Finland had that winter (with temperatures usually ranging from -40 to -20 degrees Celsius).

Simo’s success as a sniper was due to several things. For one, he hardly ever used sights on his rifle, which could catch sunlight and cause a glare that revealed his position. For another, he kept snow in his mouth to help hide his breath from the cold air. In around 100 days, he killed five hundred men.

On 6 March 1940, he was struck in the jaw with an explosive device from a rival sniper and fell into an eleven-day coma. He awoke on the final day of the war; the Finns were victorious.

He underwent twenty-six operations to repair his jaw, but his speech was never perfect afterward. He lived alone on his farm until the year before he died, when he moved into a home for disabled veterans.