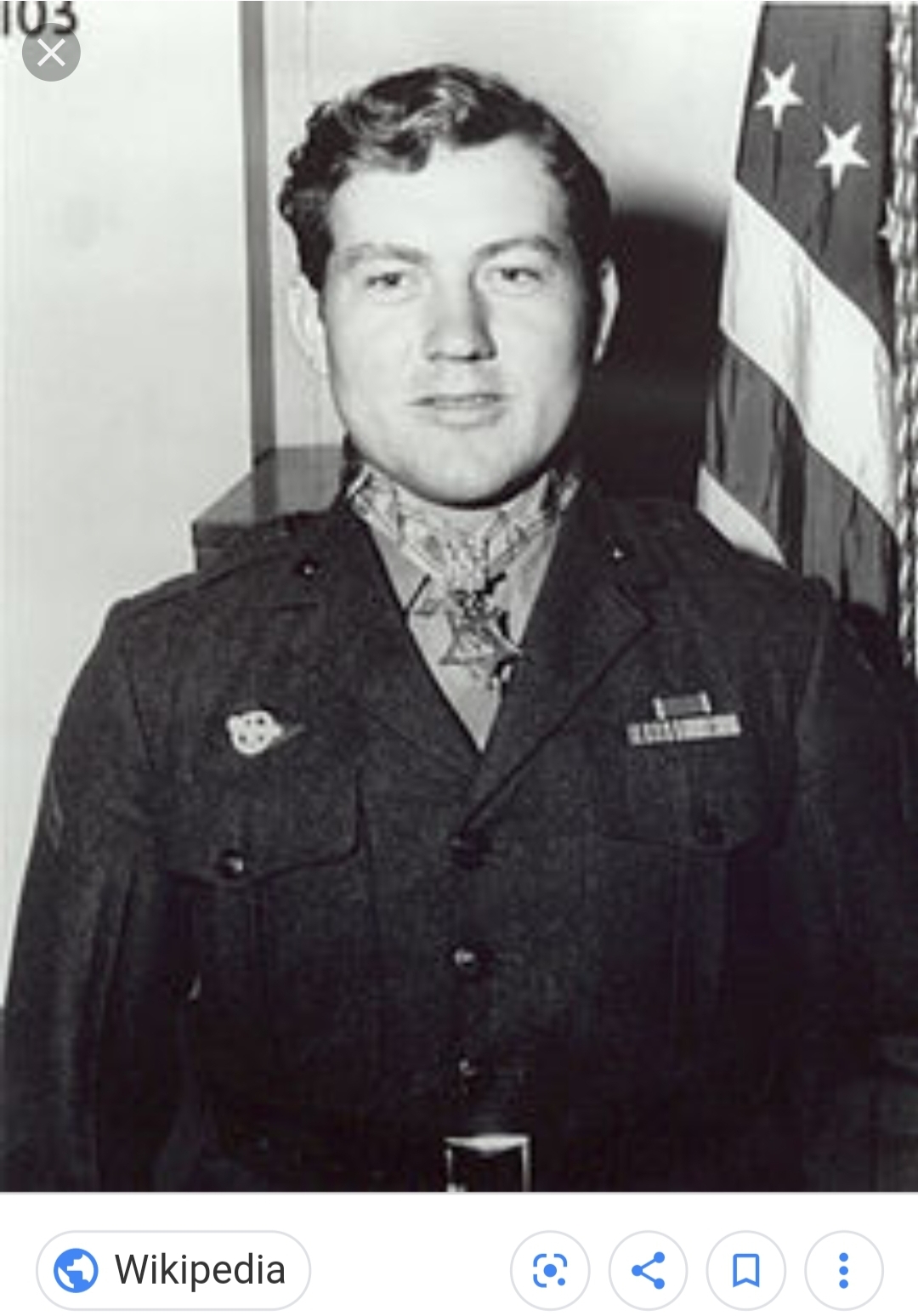 Remember when Captain America jumped on a grenade while still a scrawny little kid? This guy is like that, times 1000.

Jack enlisted in the US Marine Corps at the age of thirteen in order to fight in World War II.

Now, to be fair, Jack had been in cadet school at the time, attending class at Edwards Military Institute in Salemburg, North Carolina. He wasn't a complete novice in terms of military life is what I'm getting at. When Jack heard about the bombing of Pearl Harbor, he decided the time for school was over and there was no time like the present to fight for real. Jack managed to convince the US Marine Corps recruiters he was seventeen and forged his mother’s signature to boot. The next thing Jack knew he was off to boot camp.

Jack was placed on KP and other non-violent jobs after finishing basic training. By that time he was fourteen years old--but the Marine Corps still didn't know that. KP didn’t sit well with Jack, so he stowed away and made it to Pearl Harbor, where he convinced the men serving there that there had been a clerical error and he was supposed to be on the front lines. They didn't believe him. Jack was made a truck driver on the Pearl Harbor base, but that wasn’t good enough. He spent some time being a general f***up on base and spent many a night in jail, but he still wasn’t transferred to where the action was happening.

Finally, Jack got tired of waiting and snuck aboard a transport ship; finding himself on Iwo Jima at the age of seventeen. Of the 40,000 Marines who hit the beaches in the initial onslaught, Jack is the only infantryman confirmed to have stormed said beaches with absolutely no weapons. Since he was a stowaway on the ship he hadn’t quite, well, found a weapon anywhere. That still didn't stop him from though.

Soon enough, Jack grabbed a weapon off a fallen soldier. After making it past the tree line, he fell in with some other Marines.

Jack and the others soon came upon a nest of Japanese soldiers, and Jack managed to kill a guy with his first shot. Unfortunately the second bullet jammed the gun and made it worthless. The next thing anyone knew, a grenade was thrown onto the field.

Jack leapt upon it without hesitation and told the others to run. Then he noticed the second grenade, grabbed it, and stuffed it under his body beside the first.

That’s right, he jumped on a live grenade and survived…but it was actually two grenades that he took directly to his torso (reports say only one exploded—but still, what a bada**!)

Jack's new Marine buddies were suddenly emboldened by his sacrifice and soon took out the rest of the enemy soldiers in the area, but when they returned to claim the dog tags off Jack—they realized he was alive…and still conscious.

Jack was evacuated off the island and loaded onto a hospital ship. Surgeons went on to remove two hundred fifty pieces of shrapnel from practically every organ in his body in more than twenty operations, but Jack survived.

Within seven months, Jack walked right up to President Truman and accepted his Medal of Honor. That’s right, he’d made a complete recovery, in seven months. Again, what a bada**.

Once the war ended, Jack fulfilled his promise to his mother and went back to school. He attended his first day of ninth grade with his Medal of Honor around his neck.

The crazy doesn’t end there though.

Jack finished high school and college and went on a speaking tour. He married three or four times (sources differ), surviving his second wife’s attempt to hire a hit man to murder him (refer to note below), and then at age forty decided to tackle his fear of heights by enlisting as a paratrooper. Because why the hell not?

On his first jump out, both Jack's parachutes failed to launch. He was the last out of the plane…and the first to hit the ground. That’s right, he fell 3,500 feet and walked away completely unscathed.
Two weeks later, Jack was back on the plane. He finished his tour four years later with the rank of Captain. Reportedly, Jack left the Army because they refused to send him to Vietnam.

That was the end of Jack's military career. After his discharge, he became a butcher, met every president from Truman to Clinton, and wrote an autobiography entitled Indestructible.

Jack's original Medal of Honor citation was laid out in the hull of the USS Iwo Jima.

When Jack died at the age of eighty, it wasn’t old age, or complications from old wounds that got him. It was cancer.

He was survived by his wife, five kids, and several grandchildren and great-grandchildren.

Jack was the youngest Marine to ever receive the Medal of Honor.

The thing about his second wife hiring a hit man? I can only find one source that recounts that particular story, but the rest is backed up several times over. Let’s just say his book was appropriately named to say the least.