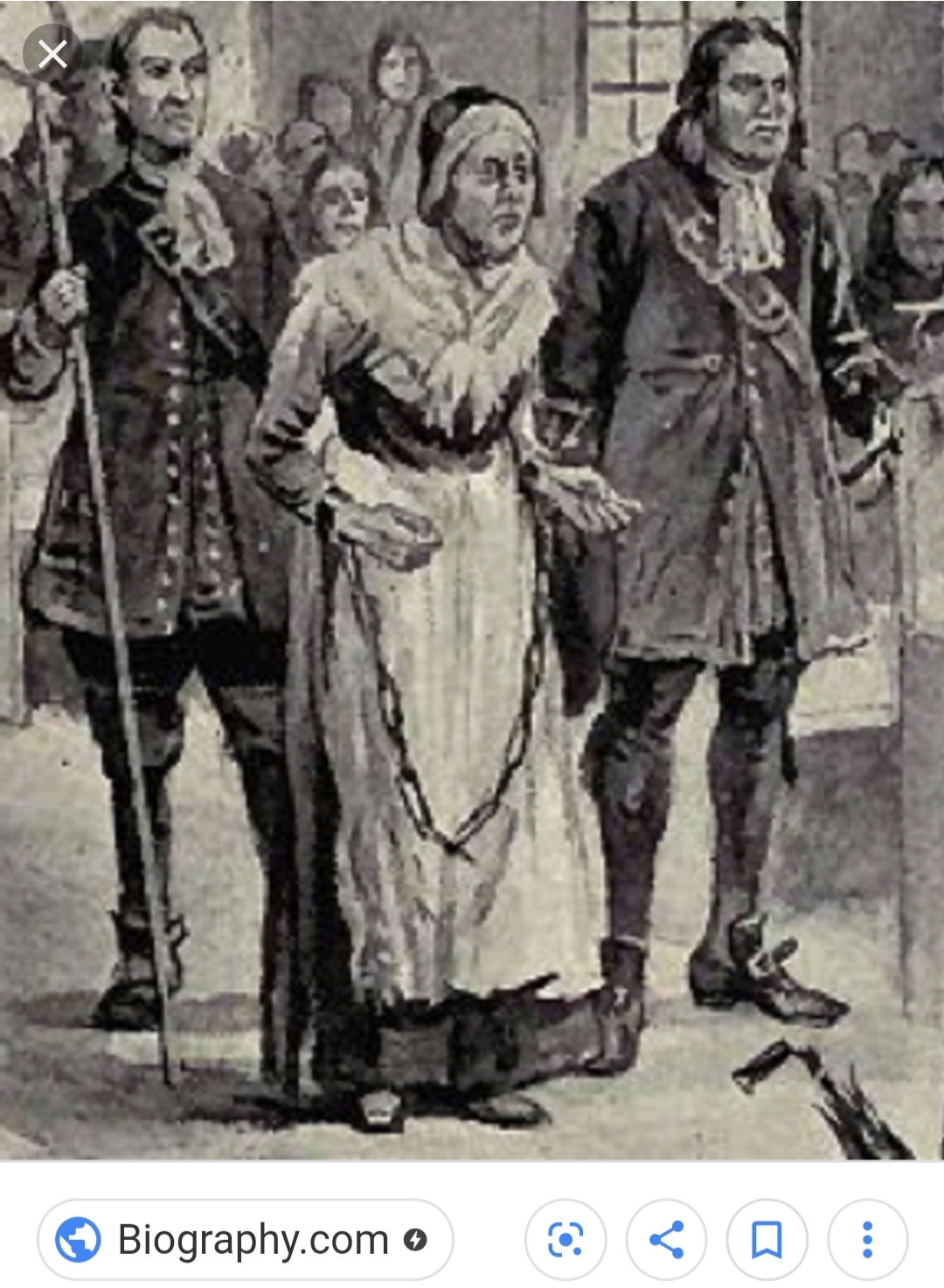 Rebecca was hanged at seventy-one years of age despite being a fervent churchgoer and grandmother.

According to sources she was known for her piety but also occasionally lost her temper. Most believe Rebecca was accused by the Putnam family because of a longstanding boundary dispute over land between the two families.

At first, Rebecca was found not guilty, and thirty-nine of her fellow townsfolk had risked their lives by signing a letter in support of her. However, when the not guilty verdict was read in court, the afflicted girls began having fits. Rebecca was questioned over this new development, but she failed to respond (possibly because of her partial deafness) and the jury was led out of the room to reconsider. They returned with a guilty verdict. She was hanged only days later.

Two of her sisters were also arrested during the trials after defending Rebecca (one was also hanged, and one was released). Also going against the three sisters was the fact that their mother had been suspected of being a witch.

After her death, local legend states her family secretly removed her body from the shallow mass grave and buried her on their family property.

In 1711, her family received £25 in restitution for her wrongful conviction that led to her death. In 1909, her home was opened as a museum, and remains open to this day.