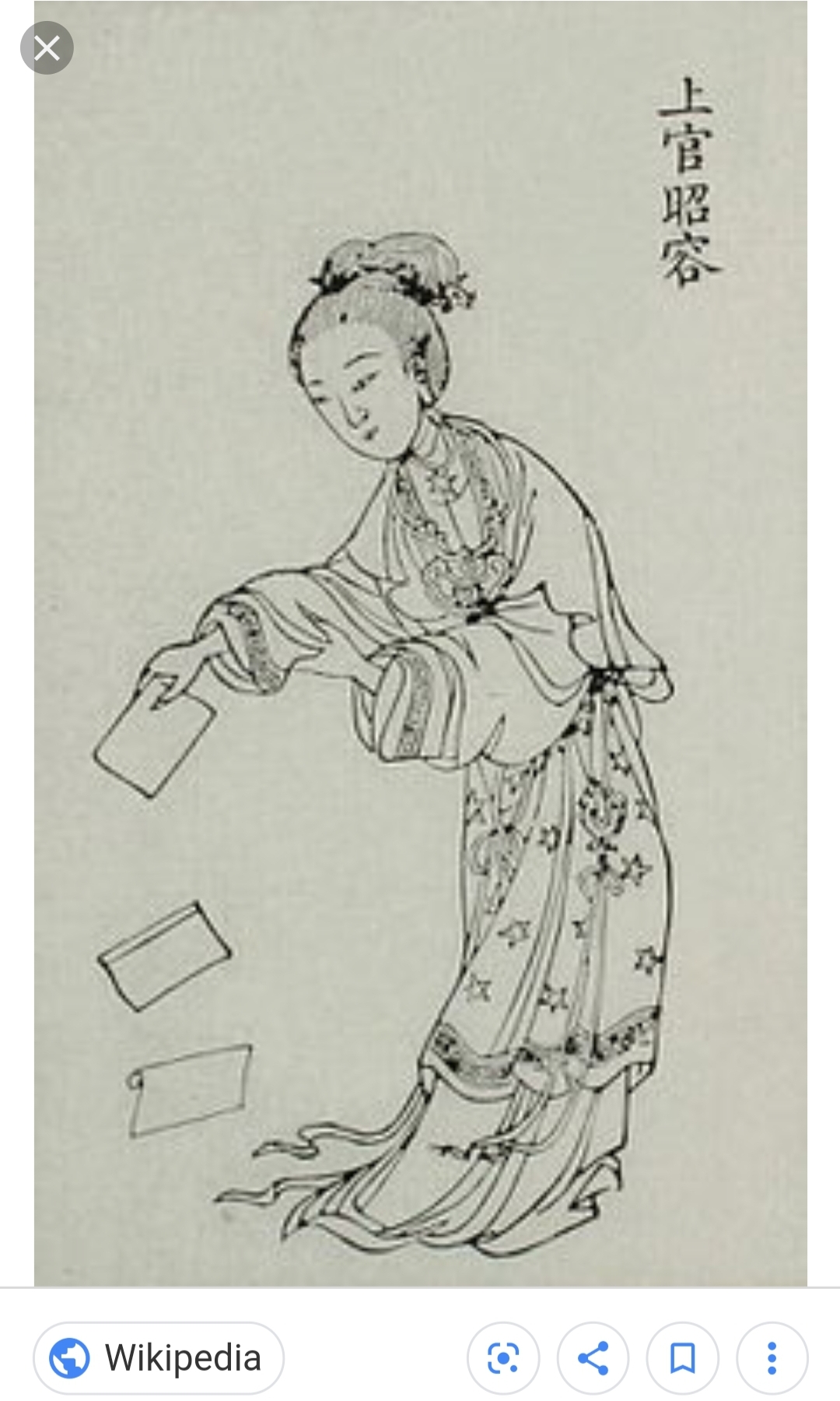 She was a poet from the Tang Dynasty and had previously served the royal household as a concubine.

Shangguan rose to her position solely through her own ambition and worth and not by marrying an equally influential man.
She was the personal secretary to Empress Wu meaning she dealt with important matters of state.

Her father and grandfather were executed by Emperor Gaozong after they were caught trying to rid the world of Wu. Shangguan and her mother were forced to enter into imperial servitude after this but Shangguan was given an excellent education while there. She became Wu’s aide after Wu instructed her to write an essay in front of her. Wu was so impressed by the essay she kept Shangguan close by. At one-point, Shangguan did cross Wu—but instead of being killed she was ordered to receive a face tattoo instead (no one knows what she did wrong—just that it was something).

After Wu’s death she was taken in by the new Emperor Zhongzong as his consort.
Shangguan survived a palace coup in 707 AD after once again impressing the Emperor—this time her new beau Zhongzong—and he placed her under his protection (I’m using beau sarcastically, she was most likely having an affair with Wu’s nephew who was killed in this coup).

Shangguan continued to act as a statesman throughout Zhongzong’s reign drafting official decrees and ghostwriting poetry for the palace.

She was eventually executed after Zhongzong’s death in a confusing mess of political intrigue and various assassinations.

In 712 the new Emperor Xuanzong reinstated her place in court and compiled her poems (a few still survive). He also posthumously gave her the title Benevolent and Cultured.

Her tomb was discovered in 2013 but was badly damaged.